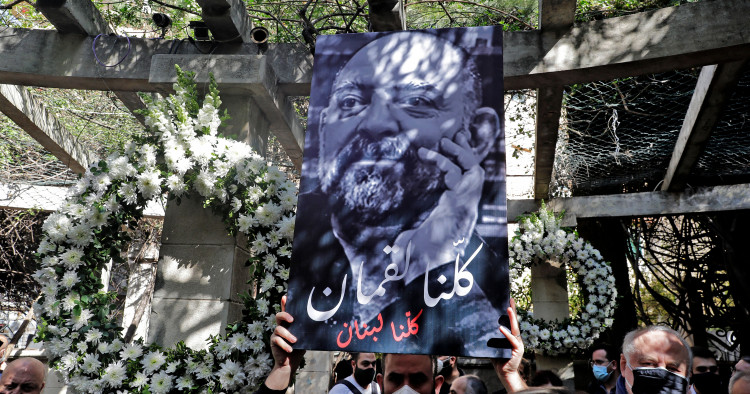 It is a mistake to view Iran’s regional aggression and hegemony as purely a result of violence and terrorism. Certainly, a major impetus of the Islamic Revolutionary Guard Corps (IRGC) and of its local militias in Iraq, Lebanon, Syria, Yemen, and elsewhere is the projection of violence of every sort. But Iran’s powerplay also has important media, political, economic, and cultural aspects. Its scope is not limited to Shi’a Muslims alone. In Iraq and Lebanon, Iran empowers certain Christian proxies, as it does with Sunni Muslims elsewhere. These thick, layered networks of influence, encompassing politics, greed, fear, and violence, give Iran’s political ambitions lasting power, even though a specific correlation of groups may wax and wane. In the recent Iraqi elections, the most openly pro-Iranian militias/parties did poorly. But other Iranian collaborators among the Iraqi political class did better than in the previous elections.

If Iran and its allies and friends cast their nets widely, those forces — political, economic, social, cultural — opposing them are all too often atomized and scattered. There seems to be little patience or will to make the effort to build durable, on-the-ground networks of like-minded people, drawing together Arabs and Iranians, who represent a different, more humanistic vision of what the region should look like, in opposition to the concept of Velayat-e-Faqih (guardianship of the Islamic jurist) espoused by the Iranian regime. Perhaps the West and others in the region need to think more like subversives and revolutionaries than regimes but in any case, there is a vacuum that exists in the anti-Iranian ground game in the Middle East. And in this vacuum, there is opportunity for growth.

One Arab who saw that bigger picture was Lebanese anti-Hezbollah activist and publisher Lokman Slim, cruelly gunned down earlier this year with impunity, like so many other prominent anti-Hezbollah figures in Lebanon during the past decade. Lokman didn’t have one project or initiative, he had many. He was a publisher (along with his sister, the acclaimed novelist Rasha al-Ameer), an activist, a researcher, a documentary film maker, a media personality and pundit, and a builder of networks and loose like-minded communities of interest among Lebanese, especially his own Lebanese Shi’a community. Among the books translated and disseminated by his publishing house, Dar al-Jadeed, were the works of free thinking and secular Iranians and Iraqis, Lebanese and Syrians.

His aspirations were that this type of anti-Iranian regime dynamism could one day be regionalized. And his anti-Iranian regime views were coupled with a deep respect for Iran as a people and a civilization. He knew the danger, we see it in the region today still, of opposition to the regime in Iran degrading into a type of generalized anti-Iranian or anti-Shi’a bigotry by Arabs who lacked a deeper understanding and appreciation of Iranian-Arab relations.

Lokman’s work was intensive and important but in the larger scheme of things, compared to the organization and push coming from Tehran, it was modest. Despite the claims of the pro-Hezbollah propaganda network in Lebanon, his tangible support among foreign embassies and Western donors was also modest. He was able to reach out to Shi’a communities in the towns of Southern Lebanon but the idea of broader, regional informal networks, collaborations, and initiatives remained a dream.

While Iran thinks regionally — Lebanese Hezbollah provided key media support, from Beirut, for the Houthis in Yemen and organizational help to the Iraqi militias in Baghdad — the West and its allies in the region all too often seem to suffer from a lack of imagination or daring to envision a region different than what it is today.

Bringing together like-minded individuals and groups, promoting local initiatives and activities along a spectrum of humanistic, free thinking, enlightened, and liberal worldviews in the “Greater MENA” region was once quite fashionable in Washington. It was one element in the Bush administration’s so-called Freedom Agenda after 9/11 and one of the offshoots of such an effort, the Middle East Partnership Initiative (MEPI), still exists in the U.S. Department of State. Like much that was done in that administration, there was an important element of truth in such a broad-brush agenda, one that was overdone — the region as a whole was never on the verge of Jeffersonian democracy — poorly done, or not done at all. But while the region was not on the edge of a democratic transformation, that is not to say that there is no dynamism toward reform and humanism. The heroic demonstrators in recent years in Lebanon, Iraq, and Sudan are testimony to the very real vitality of people and inchoate movements on the ground. There is more than a whiff of George W. Bush’s Freedom Agenda in President Joe Biden’s Democracy Summit and a risk that it will be either another exercise in government overreach or mere propaganda.

Rather than the fanfare of another government program, what makes more sense — away from the official limelight — are private initiatives aimed at bringing people together, people that share certain values and interests but who don’t know each other and their work, initiatives that eschew the hype, superficiality, and the overblown rhetoric of past years, that work quietly, more like patient revolutionaries seized with a vision and a passion for the future and less like showmen for another flashy, but ultimately empty, American political campaign reimagined for Middle East lands.

Alberto M. Fernandez is Vice President of the Middle East Media Research Institute (MEMRI). The views expressed in this piece are his own.