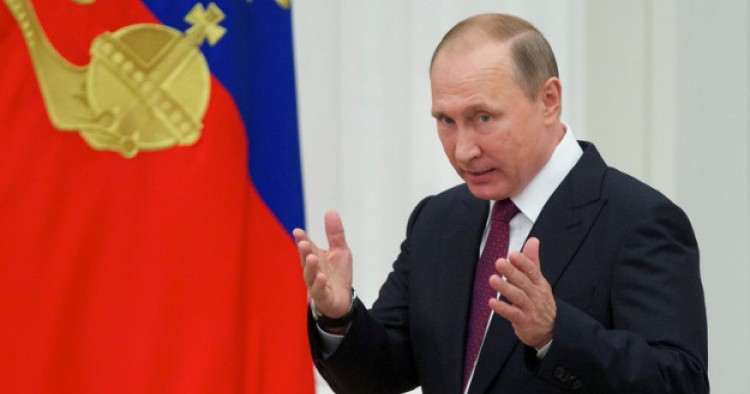 After first surprising the world by entering the fray in Syria last year, Vladimir Putin again shocked observers by announcing he was partially pulling out. On March 14, the Russian president declared his objectives “generally accomplished” and announced the withdrawal of part of his Russian military forces in Syria.

While it is too early to know the scope of the Russian withdrawal, it is safe to assume that it does not amount to an exit from Syria à la the 2011 U.S. withdrawal from Iraq. Putin will keep enough military assets in Syria to redeploy his forces there when he chooses to do so — he said on Thursday that Russia could scale up its presence again “within a few hours,” and on Friday his Defense Ministry announced that it was carrying out roughly two dozen daily air sorties to support the Syrian regime’s advance on the eastern city of Palmyra. Russia will also maintain a naval base in Tartus and the Hmeymim air base, along with hundreds of troops to protect them. Plus, Putin will keep the Russian S-400 air-defense systems to deter Turkey from shooting down another Russian airplane.

Any talk of this “partial” withdrawal shifting the tide of the Syrian war in favor of the opposition is wishful thinking. Moscow went into Syria to prevent the military defeat of Bashar al-Assad’s regime and to shore him up in the long term. These two objectives are the primary drivers of Russia’s Syria policy. Moscow believes these objectives have been achieved — but if it believes the regime’s survival is threatened again, it will not hesitate to redeploy its forces...