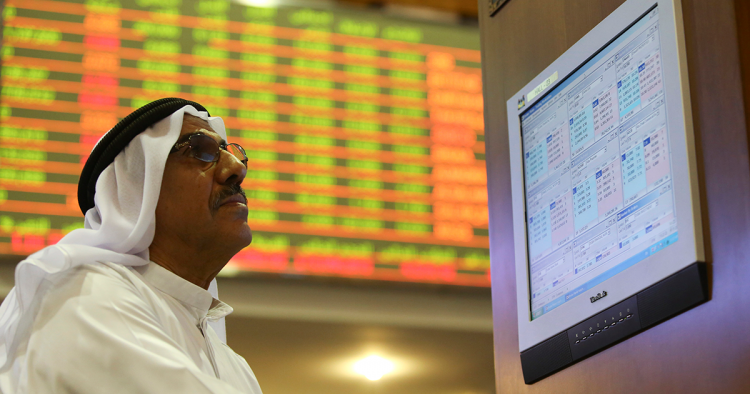 There is a puzzle in the profits of Gulf Cooperation Council (GCC) firms, especially conglomerates. Even as the size of GCC economies has grown considerably in the last two decades, corporate profits have been flat. With a goal of economic diversification to expand private sector business and job opportunities for citizens, the imperative to create an environment for growth is acute for regional governments. Tarek Fadlallah, CEO of Nomura Asset Management Middle East and a member of the Program on Economics and Energy Advisory Council, lays out some of the challenges for Gulf economic diversification and improved corporate profitability.

Since 2005 the GCC economy has expanded by around 140%, making it nearly two and a half times bigger, so it’s reasonable to assume that profits should have increased significantly as well, except that they haven’t — at least not those at the non-financial corporations listed on the regional stock markets. Data compiled by Marmore Research for just under 600 listed companies show that corporate profits, excluding the banks and Saudi Aramco, have been essentially flat for the past 15 years. The combined profits of these companies were $26.7 billion in 2005 and are expected to be around $24 billion this year as the region recovers from the pandemic. This represents a decline of 10% in nominal dollars, unadjusted for inflation.

Profits seem to swing in tandem with oil prices and peak profits of $37.7 billion in 2014 followed a period of record prices. This tell-tale correlation confirms the dependence of the ostensibly non-oil economy on oil, and serves as a reminder for why diversification is challenging. The decline in profits across the corporate sector is mainly due to cuts in subsidies, higher taxation, elevated operating costs, deregulation, and growing competition.

These factors did not materially affect the banking sector, which increased its profits. Indeed, bank earnings between 2005 and 2019 nearly tripled before falling back last year. Banks have held on to their own version of the social contract, with governments feeding them cheap sovereign deposits and central banks offering regulatory protection.

The variations, inequity, and unpredictability of profits have exposed deep-rooted systemic inefficiencies that need to be addressed. Governments have inadvertently created a huge dependency problem that is unravelling, as entitlements that sustained unviable firms are withdrawn, and regulations are rolled back. Businesses addicted to public spending or government generosity will find it difficult to satisfy investors and will eventually lose access to capital, even from the deepest pockets.

Conglomerates — defined as companies operating in at least three different sectors — have advantages over single industry firms, including synergies in shared services, centralized headquarters, access to cheap internal capital, and a business portfolio that can deliver stable earnings over an economic cycle. However, academic work in the 1980s suggested that diversified U.S. firms suffered from a conglomerate discount that was calculated at around 15% to the sum of the parts. As a result, investor focus in recent decades has been on pure play companies that are less complicated to manage and easier to value.

In emerging markets, conglomerates (typically owned by influential shareholders) have been instrumental in working alongside governments to develop economies and implement industrial strategies — they have even traded at premiums on perceptions of preferential access to information, capital, and contracts. But GCC conglomerate diversification has gone well beyond any reasonable effort to gain synergies, with companies often entering industries that are far removed from their core expertise and experience.

Indeed, the historic advantages are being overwhelmed by substantial drawbacks due to:

The misallocation of valuable resources is leading to wasteful cross-subsidies, compromised profit margins, a lack of operational focus, slow decision-making, and an absence of divisional empowerment that results in a misalignment of managerial incentives. A reversal of this trend is necessary. And while implementing divestment plans can utilize valuable management time, lead to dis-synergies, and incur substantial advisory costs (legal, accounting), there are a lot of easy wins from low hanging fruit. Moreover, there are limited tax implications that are often barriers to transactions in other regions. It is estimated that divestment strategies for GCC conglomerates could boost overall profits by 10-15%. Furthermore, better business transparency can increase corporate valuations by an additional 10%.

As regional economies develop, the pressure on conglomerates will intensify and the only question is whether restructuring will be voluntary or involuntary. The former is in the national economic interest. The preference is for GCC conglomerates to submit to rigorous self-assessments and undergo a thorough realignment of their increasingly complex organizational structures. However, and given the lack of action by the private sector to initiate wide-scale corporate restructuring so far, it is likely that legislative or regulatory action may be required to advance economic efficiency.

There is a successful track record of governments encouraging or shaping industrial realignment — mega-bank mergers in the UAE and Saudi Arabia have formed competitive players in a globalized industry. Another example is the closure of thousands of mobile phone shops after a strict Saudization rule was implemented in 2016. The economy, the industry, and consumers have been better served since.

To find the destination, we need to frame the GCC’s economic journey in the context of its history, the role of oil revenues, and the social contract between governments and the private sector. At its core, the social contract allowed businesses to prosper and profit in basically three ways:

In the case of Saudi Arabia, a sizeable chunk of the wealth created was invested overseas and is estimated, by respected private banking and consultant surveys, at up to $1 trillion (around 130% of GDP). Oil revenues meanwhile helped diversify the economy but slowly, with oil as a percentage of GDP still too high and accounting for about two-thirds of budget revenues in Saudi Arabia.

The paradox of plenty holds that no natural-resource dependent economy has ever transitioned quickly, smoothly, and without upheaval — the stakes are therefore incredibly high and the task facing the GCC, especially the Saudi economy by virtue of its size, is literally unprecedented.

There is an onus on the Saudi non-oil economy to grow rapidly to offset the low expected growth in the oil sector. The non-oil economy needs to grow at up to 8% per year — higher than in its history, and beyond any forecast. In its golden age, when the government ran huge budget surpluses and poured money into the economy, non-oil GDP growth reached 6%, but 2012 was the last year in which this level was achieved.

The IMF recently warned about the depletion of sovereign reserves and the need for heavy borrowing. Not an institution known for scaremongering, its forecasts were sobering. There is no existential crisis, but there are scenarios that might take us close to the brink, so better to plan accordingly, even if the likelihood seems remote — companies can take these risks; countries cannot. Amid such peril it might be reasonable for governments to commandeer national resources to confront these grave risks. Saudi Arabia has not gone that far (and perhaps it should?) but is embracing a whole range of ambitious market-driven initiatives to implement its industrial policy.

Tarek Fadlallah is the CEO of Nomura Asset Management Middle East and a member of the Program on Economics and Energy Advisory Council at MEI. The opinions expressed here are his own.