Qatar is no short-term savior, but it may still play a role in strengthening EU energy security 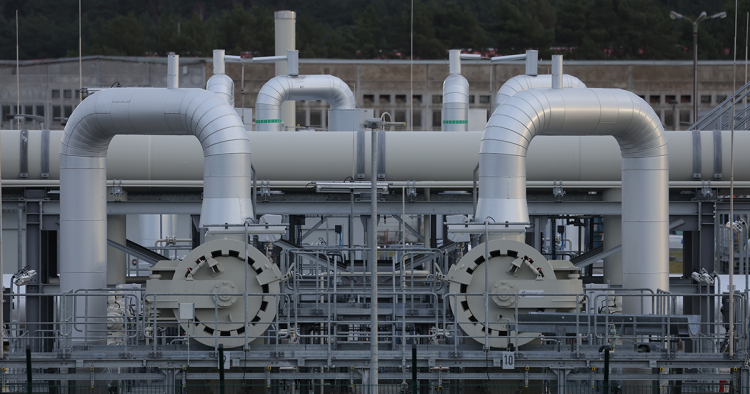 The U.S. request for Qatari assistance in ensuring the EU’s energy security in case of a Russian supply disruption should be perceived as a political gesture of support addressed to Western allies and a warning to Russia. In reality, however, the American request is just one factor in Qatar’s calculations as it considers increasing its energy exports to Europe, and Doha’s final decision will be determined by an intricate combination of long-term economic and political considerations. In this equation political reasons may not be dominant and economic drivers will not always be in the West’s favor.

Experts have already laid out the most obvious pros and cons of Qatar increasing its presence in the European gas market. To sum them up, any attempt by Doha to help the Europeans to either diversify their sources of natural gas supply or compensate for shortages of Russian gas caused by further aggravation of the situation around Ukraine or the opportunistic behavior of Russian producers will undoubtedly bring some economic and political benefits.

On the one hand, Qatar will entrench itself more deeply into European gas markets by squeezing Russia out of Eastern and Southern Europe and strengthening its presence in Western Europe. Doha has already demonstrated its readiness to be a consumer savior when called upon: In late 2021, Qatar delivered extra liquefied natural gas (LNG) consignments to the U.K. that were initially destined to Asia to help the British government meet existing demand. As a reward Doha was offered “supplier of last resort” status, meaning that the country is ready to come to the aid of the British authorities in case of interruptions in natural gas supplies — although the details involved have not been made public.

On the other hand, Qatar's willingness to respond to calls from the U.S. and the EU to help with the European gas dilemma represents another opportunity for Doha to strengthen its ties with the Biden administration. Given the ongoing speculation that the al-Ula Agreement between Qatar and the so-called boycott countries is just a cease-fire that could be violated one day, Qatar’s efforts to capitalize politically on its economic resources to build closer ties with the U.S. seem like a logical move. Moreover, these efforts have presumably already started bearing fruit: During the recent White House visit of the Qatari emir, Sheikh Tamim bin Hamad Al Thani, Doha was offered the designation of U.S. “major non-NATO ally.”

And yet, according to the majority of experts, Qatar is unlikely to play a decisive role in ensuring the EU's energy security. Doha simply does not have the necessary free volumes of LNG to export. Its market strategy aims to guarantee full demand for the LNG it produces by maximizing the share of natural gas sold under long-term contracts and minimizing that sold via the spot market. Consequently, by 2022, the share of Qatari LNG traded by spot and short-term contracts was no more than 10-13%, or 9.7-13.8 billion cubic meters (bcm) per year, of which the EU accounted for only about 2.8-4.1 bcm. In other words, even if the remaining 5.6-11 bcm are reallocated from Asia to Europe, Doha will not be able to significantly affect the balance of the EU gas market, where total demand exceeds 326 bcm, or cover potential additional Russian supply shortages. Qatar recognizes this and has called on other gas producers (as well as consumers) to act collectively if the international community wants to help the EU solve its energy dilemma. The EU’s regasification infrastructure also imposes certain limits on its ability to increase LNG imports.

But this is just the tip of the iceberg

There are also a number of other factors preventing Qatar from playing the role of the EU’s savior that are not entirely obvious to outside observers. First of all, as opposed to Asia, the European market is secondary for Doha. It consumes less than one-third of Qatari LNG exports, with occasional jumps in sold volumes when Doha needs to divert extra gas from the Asian market to avoid its overheating or wants to earn extra money, as in the case of this winter, when European LNG prices exceed those in Asia. However, in the long run, Asia is the priority. Its dependence on natural gas will only grow in the coming decades (unlike Europe) and the market’s operating conditions are much more favorable for suppliers than the (over-) regulated realities of the EU. In this context, diverting a substantial part of LNG export flows from Asia to the EU is not in Qatar’s immediate interest and would have both short- and long-term negative consequences. On the one hand, it would cause, albeit temporarily, additional price increases in Asia, potentially leading to market overheating, an increase in the attractiveness of alternatives such as coal or even oil, and a reduction in consumer confidence in Doha as a reliable supplier.

On the other hand, the Asian LNG market sees serious competition for current and future market share taking place between key LNG producers: Qatar, Australia, and … the U.S. Moreover, Qatar is temporarily losing this fight. In 2021, the U.S. not only bumped Qatar from second to third place in the list of LNG suppliers to China, but it also recently concluded a historic contract for the supply of natural gas to Beijing. Under these circumstances, paying more attention to the European market is an unaffordable luxury for Qatar. Moreover, the Americans' offer to "help the EU" even looks like a kind of Trojan horse, potentially weakening Doha's ability to increase its presence in Asia in the future by diverting part of Qatar’s LNG to the European market.

War? What is it good for?

There is another obstacle in the way of exporting Qatari gas to Europe as well. Doha, thanks to its low cost of gas production, is ready for a market share war and has explicitly said so. Yet, it has no interest in seeing economic rivalry lead to political tensions, as this would work against Qatar’s main foreign policy principle of remaining an influential but neutral power capable of mediating in international conflicts. The current Ukraine conflict is only the most recent example of this. In summer 2021, Doha refused to join Kyiv’s "Crimean Platform" initiative targeting Moscow while agreeing to discuss options to supply Qatari LNG to Ukraine via Poland. At least since 2014, Qatar has been trying to avoid the perception that it uses its gas resources to apply political pressure, either to further its own interests or those of its partners against a third party. Thus, even during periods of tense relations with Egypt and the UAE in 2014-19, Qatar did not even try to violate its contractual obligations to supply energy resources to these countries.

As a result, any immediate substantial increase in Qatar’s LNG supplies to Europe would be considered by Moscow as an unfriendly and politically motivated move. Interestingly, Doha has long exploited European dissatisfaction with Moscow's behavior to expand its sales in the EU. Since 2016, Qatar has been steadily increasing its presence in Poland, Italy, and France. However, in all cases, these moves were presented as being driven by the market and not political motives, and Qatar has so far not entered the Austrian or German markets, which the Russians consider their main domain. It seems that Doha would like to continue in the same vein as it works to build its relations with consumers and competitors in Europe.

Everything is not what it seems

But this does not mean that Qatar cannot or will not help Europe; Doha just wants to do so on its own terms. Qatar is not interested in providing short-term spot LNG supplies “here and now.” Doha does not want to play the role of a fire brigade, called in for a short time to deal with another emergency. However, it may well still be interested in the EU market in the long run, particularly if it would be provided with more favorable conditions, greater export capacities, and a longer timeframe (i.e. a mixture of short- and long-term contracts). This is probably what Qatari officials meant when they said that ensuring European energy security goes beyond the Russian-Ukrainian conflict. Qatar’s motivation is simple: Although it has almost no available LNG volumes for export now, Doha may face an excess of them in the coming five years. We are talking not only about a significant increase in production from the current 106 bcm to 175 bcm per year by 2027, but also about the coming expiration of a number of current supply contracts, as well as the commissioning of the U.S.-based Golden Pass natural gas liquefaction plant jointly owned by Qatar Energy and ExxonMobil in 2024-25. Under these circumstances, Doha is already actively concluding new contracts with Asian consumers to ensure future demand for its gas, but they are still not enough to cover the entire future volumes of LNG.

Given Qatar's tradition of guaranteeing demand for its gas for years to come, the EU may soon get a chance to access more of its LNG. As Doha prefers to diversify its export markets and is very flexible in its pricing policy, the EU can get contracts on favorable terms. However, there is one "but": Qatar believes that it is in a stronger negotiating position and will be able to sell its gas in any case. As a result, in exchange for its LNG, Doha wants more favorable conditions if it is going to expand its presence in the European market to compensate for the potential loss of market share in the more comfortable Asian market. This is why Doha put forward three key demands to the EU, which in many ways contradict the current philosophy of the European gas market.

Firstly, in order to obtain Qatari gas, the EU must prohibit the resale of any LNG supplied outside Europe to avoid competing with Doha’s own direct supplies to Asia or elsewhere. Secondly, Brussels is expected to close the investigations into Qatar’s market policies in Europe that began in 2018. Thirdly, Doha insists on trading on contractual principles, and not on the principles of spot trading. Regardless of what the EU chooses to do going forward, Doha will not lose. If Europe agrees to its terms, Qatar will contract part of its LNG production capacity for the long run and present the deal as a result of commercial negotiations between consumers and producers and not a politically motivated effort to target Moscow’s interests. If Europe refuses, Doha will have an excuse to give Washington why it could not help Brussels. Under these circumstances, depending on how events play out in the coming months, they may have a decisive impact on both European energy security and Qatar’s global LNG export strategy.