Rampant violence, military escalation, and the role of intermediaries in Daraa, Syria 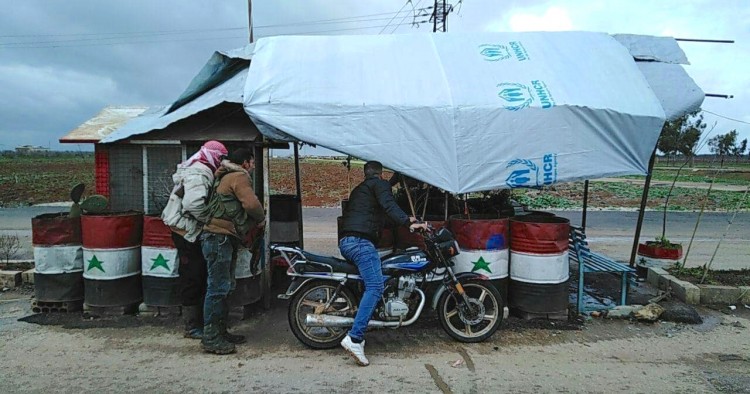 Nearly two years have passed since the Syrian regime declared its reclaimed control over Daraa governorate in southern Syria in July 2018. In contrast to other reconciled areas, the limitations imposed on the Syrian regime’s access to areas that engaged in the Russian-led negotiations, the significant number of unreconciled rebels, the widespread availability of light weapons, and the presence and resurgence of ISIS sleeper cells are but a few of the factors that make Daraa a unique post-reconciliation case in which territorial and security fragmentation is extremely salient.

What further distinguishes Daraa is the rampant violence that has plagued the region, starting soon after the rebels surrendered. Since August 2018, disappearances, guerrilla attacks, drive-by shootings, and attempted killings against all sides have become increasingly common. According to data collected and verified by the author, at least 530 violent incidents took place between August 2018 and May 2020 in Daraa and claimed the lives of more than 480 individuals on all sides.

However, on May 4, 2020, this wave of violence reached an alarming climax when Qasem al-Subehi, a former rebel, carried out an armed attack that killed nine policemen in Muzayrib town. In response, the Syrian regime mobilized its military forces in the western region of Daraa and promised to impose full control over the areas covered by the 2018 Russian-led agreement.

In order to understand the contours of the current security landscape, one should first understand that Daraa is an archipelago in which distinct political orders — a means of who controls which territories and in what ways — and disparate security climates exist. It is also necessary to unpack the intermediary role former rebel leaders and opposition figures play in post-rebellion local politics, particularly how their bargaining power, if it exists, limits the Syrian regime’s military actions, especially with regards to the ongoing military escalation in the western region.

The Eighth Brigade of the Fifth Corps: Daraa’s military intermediary

Soon after the rebel surrender in Daraa, Russia formed the Eighth Brigade, a subdivision of the Russian Fifth Corps, and entrusted Ahmad al-Oda, a former leader of the Sunna Youth Forces rebel group, with the command of the nascent unit, headquartered in the town of Busra al-Sham. Al-Oda was not only a strong and charismatic rebel leader — as many locals described him — but he also maintained robust ties with his former foot soldiers, invested in the Russian-led negotiations, and gained Russian patronage to protect his legacy and secure a crucial military role and legitimate authority in the post-rebellion era.

Under al-Oda’s command, the Eighth Brigade has incorporated nearly 1600 fighters, 900 of whom are former rebels that have undergone the rebel-military integration process. In the eastern region of Daraa, where the degree of penetration of the Syrian regime is relatively low, the Eighth Brigade is the chief armed actor that preserves order and security by setting up checkpoints and carrying out regular patrols. Together with the Russian military police, it has a monopoly on the use of violence and prohibits the entry of Syrian regime forces. In many instances, both Russian military police and Eighth Brigade soldiers have confronted Syrian state military and security forces, ordering them to remove their checkpoints and refrain from committing abuses against civilians and former rebels. Consequently, and with the exception of a few violent incidents, areas that fall under their control enjoy better security than other parts of the governorate.

In large part thanks to his Russian patronage that gives him bargaining power, al-Oda has the capacity to open direct channels with local institutions as well as Syrian regime security and military officials to convey civilian demands about service provision and security matters — and makes sure they are heard. Moreover, as al-Oda enjoys the backing of a military force and is respected by many tribal leaders, he has had a seat reserved at any negotiation table to defuse tensions that arise between the Syrian regime and the remaining rebel enclaves in Daraa. Building on this, he has been able to increase his influence and establish a popular base that extends beyond the eastern region of Daraa.

The Central Negotiations Committee (CNC) is a civilian body established on July 3, 2018 by the Central Military Operations Room — itself created on June 20, 2018 to organize military efforts and combat the Syrian regime’s offensive against Daraa. The CNC is an aggregation of ex-rebel leaders, former local activists, local notables, and lawyers, mainly concentrated in Daraa al-Balad and the western region of Daraa, where hundreds of unreconciled rebels and military defectors and draft evaders are sheltering. Since the CNC’s establishment, its members have communicated with Russia and the Syrian regime to ensure the implementation of the terms of the 2018 agreement, such as the release of detainees, determination of the fates of draft evaders, and the return of dismissed government employees to their jobs.

Lacking genuine Russian patronage and bargaining power, the CNC has been struggling in its negotiations with the Syrian regime, not only in matters related to detainees and security, but also to prevent local institutions from instrumentalizing essential services to sanction local communities’ perceived opponents. Despite the popular support its members enjoy, the CNC has only held a handful of fruitful meetings with Syrian regime officials and thus is largely ineffective as a civilian intermediary.

The Syrian regime has been using the lawlessness and spread of violence in Daraa — mainly in areas represented by the CNC — as a justification to renege on the terms of the 2018 Russian-brokered agreement and to launch a military offensive to restore absolute control and a firm grip on security, as was the case recently in al-Sanamayn,where it regained full control of the city in early March 2020.

On May 4, 2020, the growing violence in Daraa escalated dramatically when Qasem al-Subehi, a former rebel, killed nine policemen in an attack on Muzayrib town in retaliation for the death of his son and son in law — for which he blamed the regime. The attack offered the Syrian regime a long-awaited opportunity to justify deploying its forces in a military escalation unprecedented since August 2018. The regime promised to pacify the region and bring the loosely controlled areas under its firm security grip.

These unfolding developments have put the CNC’s role as an intermediary to the test once again. Following the May 4 attack, the CNC quickly issued a statement, in which it condemned the action and disowned al-Subehi, but that did not stop the Syrian regime from preparing for a full-fledged military offensive. With military reinforcements arriving in western Daraa, the CNC appealed to Russia to intervene and held a series of meetings with the Syrian army and state security officers. On May 25, 2020 an agreement was reached by which the Syrian regime has agreed to halt its military offensive in return for setting up additional checkpoints, jointly staffed by the soldiers of the Fourth Division and integrated former rebels from Daraa, to secure the roads between cities in the region. The agreement also includes a provision that the Fourth Division soldiers will be withdrawn after 10-15 days, leaving the checkpoints staffed solely by ex-rebels integrated into its ranks.

However, on May 27, 2020, CNC members were ambushed near Muzayrib town by unknown gunmen. Four former rebels were shot and killed and three others were severely injured, including one who died three days later from his injuries, along with Mahmoud al-Baradan, a former rebel leader and CNC member. Al-Oda rapidly deployed his forces and helped to comb Muzayrib town for ISIS sleeper cells, which were believed to be behind the attack. In spite of that, the Syrian regime continued to deploy additional forces in the following days, not only on roads and highways, but also on the outskirts of several cities in what many considered to be a violation of the agreement, once again fueling rising tensions.

There are three main scenarios for what might happen next in Daraa in the coming days. In the first scenario, the Syrian regime will recommit to the agreement, refrain from carrying out a military operation, and set up additional checkpoints to secure roads between the western region’s cities and military camps. The persistence of violent attacks and whether the Syrian regime will fulfil its promise and withdraw soldiers who are not from Daraa will be the two main determinants of whether there will be further escalation or de-escalation.

In the second scenario, the Syrian regime will continue to maneuver and use the armed attack on the CNC and any potential violent attacks in the region as a proof of the CNC’s inability to secure its areas, and consequently will move forward with its military operation. However, the available manpower and the abundance of weapons in the western region would make this scenario costly for the regime and likely to be viewed unfavorably by Russia and neighboring countries. Given the high levels of violence, instability, and regional spillover associated with a full-scale military operation, the Syrian regime might opt to negotiate a deal whereby it enters cities in the western region without actually fighting.

In the third scenario, in agreement with the CNC, al-Oda will take pre-emptive action and incorporate the unreconciled rebels in the western region. This would automatically bring the region under the protection of the Fifth Corps and thus block any potential military operation. Such a scenario would be welcomed by locals for two main reasons: First, it would avoid fierce fighting, bloodshed, and waves of displacement. Second, locals in the western region of Daraa want stability and security as part of a framework like that al-Oda established in the eastern region, where Syrian regime forces are banned from entry. And finally, as Iran and Hezbollah are widely believed to be the actual orchestrators of the military escalation in Daraa, many locals believe that al-Oda, who harbors enmity toward Iran and Hezbollah, is the only man capable of undermining their aspirations and curbing their influence in Daraa.

Abdullah Al-Jabassini is a non-resident scholar with MEI’s Syria Program, a Ph.D. candidate in international relations at the University of Kent in Brussels, a researcher for the Wartime and Post-Conflict in Syria project at the Robert Schuman Centre for Advanced Studies at the European University Institute in Florence, and a former visiting scholar at the European University Institute. The views expressed in this piece are his own.