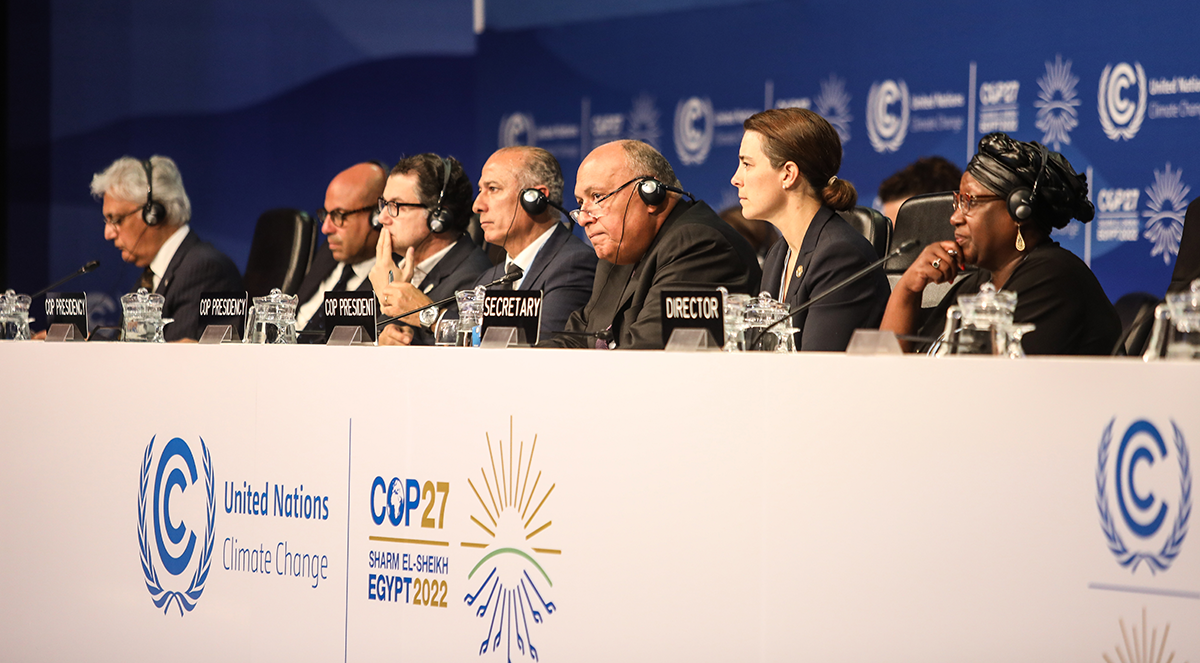 The 2022 United Nations Climate Change Conference (27th Conference of the Parties, COP27) in Sharm el-Sheikh, Egypt came to a delayed close on Nov. 20 with climate negotiations coming to agreement on the creation of a climate “loss and damage” fund, a huge victory for climate-vulnerable and developing nations. And while news of the loss and damage fund dominated the headlines, many other developments (and stalemates) took place over the course of the two-week meeting, including the release of the UAE’s new National Net Zero by 2050 Pathway, the unveiling of more information about the Saudi Green Initiative, and the signing of a Memorandum of Understanding between the UAE and Jordan on renewable energy development.

With COP27 officially concluded, we asked experts from across MEI, some of whom attended the meeting, to offer their perspectives on the developments that came out of the conference and what it means moving forward, especially for the Middle East and North Africa.