The role of divination in Iranian governance 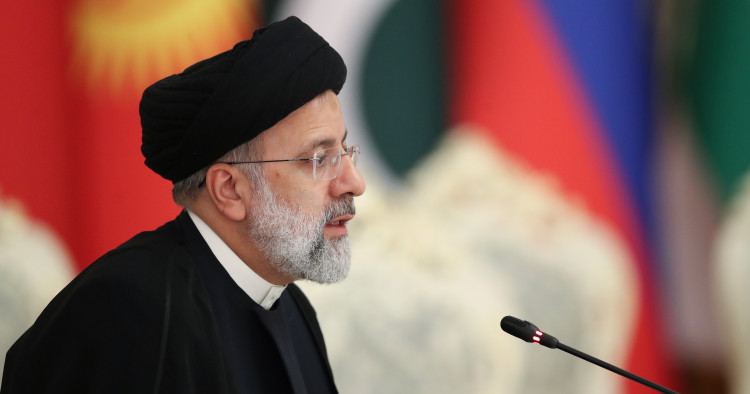 Istikharah or divination, according to Islamic definitions, means to seek goodness and to consult God in various affairs. Istikharah is very common among Shiites, including bibliomancy, which involves randomly opening the Qur’an and reading the first verse on the page, or rosary divination. The use of istikharah has a long history in Iran, not only among the common people, but also among its rulers, who have used it to make decisions on the governance of the country, and this continues to the present day.

Iranian President Ebrahim Raisi's istikharah upon first entering the presidential palace, his recruitment of people with strong religious backgrounds, and the advice of Iranian officials to “pray” in order to solve problems all indicate that religion is playing a stronger role in decision-making among the circles of power in Iran. In both ancient and contemporary histories of Iran, many narratives describe governmental decisions being made based on istikharah. In the years since the Iranian Revolution of 1979, however, this practice has become more serious and widespread, especially under the current administration.

A brief history of istikharah

Throughout history, Persian kings have resorted to istikharah on varying occasions, including Abbas I (the fifth Safavid king of Iran) for traveling on foot, Nasser al-Din Shah (the fourth Qajar king) for Iranian rule over Herat and travel to Britain, and Mohammad Ali Shah (the sixth Qajar king) for issues such as the bombardment of the Majlis or the dismissal of a minister. After the Iranian Revolution, with the rise of the clergy and the religious class, istikharah once again became part of governmental decision-making. During the Iran-Iraq war, some Islamic Revolutionary Guard Corps (IRGC) and army commanders occasionally relied on the practice. For instance, on one occasion IRGC Cdr. Mohsen Rezaei flew to Tehran on an F-5 fighter jet to request an istikharah from Ayatollah Ruhollah Khomeini.

Gholam Ali Haddad-Adel, the former chairman of the parliament, quotes Ayatollah Ali Khamenei as saying that his wife firmly believes in istikharah and used divination twice for the marriage of their son, Mojtaba Khamenei, to Haddad-Adel’s daughter. Before this, Ayatollah Khamenei had turned to istikharah for the broadcasting of a proclamation on television. There are also many reports about other Iranian political figures who have turned to istikharah before running for office.

Spread over a period of centuries, these cases show the longstanding political role of istikharah in Iran. Regardless of whether it is superstitious or not, Iranian rulers have turned to divination for a variety of reasons, including hesitancy about decision-making, abdication of responsibility, and a desire to give decisions an air of the divine.

Hesitation about making a decision decreases as one’s information, knowledge, and awareness of the factors at play increase. Therefore, the prominent role of istikharah in decisions implies self-doubt that is rooted in insufficient information, knowledge, and experience. This has been exacerbated over the past four decades as the emigration of elites and recruitment of government officials based on religious rather than scientific competence has led to a lack of intellectual and scientific thinking in the governance of Iran.

Abdication of responsibility for decisions

The consequences of any istikharah-induced action, if positive, encourage the further use of this tool. If the outcome is negative, however, the result is attributed to God’s wisdom and preordination. Therefore, no matter the outcome, istikharah is seen as infallible. Therefore, individuals will not reassess the circumstances that led to the negative outcome or try to prevent it from happening again.

Giving decisions an air of the divine

To give decisions a preordained and divine air, one can build on istikharah and the appearance of consultation with God as a strategy to achieve a binding decision. In fact, some electoral candidates link their candidacy to istikharah to imply that God is their first voter and even to suggest that they have divine support. After his election as the head of government and upon entering the presidential palace and his office, Raisi first made a bibliomancy, as if to suggest that his presidency was dictated by divine decree.

The prevalence of istikharah in the Iranian political sphere is indicative of the low levels of scientific knowledge among officials. Moreover, as discussed above, it allows them to escape responsibility for any negative consequences stemming from their decisions — if everything is predestined by God, nothing can be their fault.

Sunnis also believe in istikharah, but they view the Shiite practices of bibliomancy or rosary divination as religiously unlawful — a superstitious act that is on par with fortune-telling. Sunnis pray for istikharah and wait for inspiration from the heart, an implicit, rather than explicit, approach.

Advertisements about divination, fortune-telling, astronomy, special prayers, and talismans are common in Iran and aimed at the general public. People resort to these measures for problems involving marriage, business transactions, health care, and relief from poverty. Given the scale of the demand, one Shiite cleric in Qom, Majid Jafari Tabar, set up a telephone divination service with more than 132 phone lines for divinators to answer.

The use of talismans is also widespread in Iran, to the point that even some soccer teams rely on them to win. For instance, in one match in the Iranian Premier League, the host team poured an infant’s urine on the goal line to keep the opposing team from scoring!

In May 2009, an operative in then-President Mahmoud Ahmadinejad’s campaign headquarters in Tehran told me, “With the help of an Indian sufi, we prepared a potion and poured it into Tehran’s drinking water sources to persuade people to vote for Mahmoud Ahmadinejad.” He claimed that it had cost 230 million tomans ($170,000). In 2011, during Ahmadinejad’s second term as president, reports were published about his relatives’ connections with astronomers and fortune-tellers.

In the similar vein, an astronomer related to figures in Ayatollah Khamenei’s office told me that the streets within the security zone of the leadership and presidential institutions in Tehran are given astrological names based on Islamic astronomy (e.g. sun, star, Mercury, Uranus, and Mars) to create a protective talisman for the regime. (It is not known when exactly these names were selected.) He claimed that the Iranian supreme leader benefited from the advice of three Islamic astronomers, although it was not clear whether they influenced some of his predictions, such as “Israel won’t exist in 25 years.”

The more a society faces misery and poverty, the more frequently and widely people will rely on religion and superstition. The role of the sacred and ideological in Iranian politics and governance has led to the inclusion of many religious and superstitious customs when deciding matters of state. Religion and superstition have taken precedence over science and knowledge in selecting and recruiting officials for the executive and political spheres. People are brought into government whose religious competency exceeds their scientific proficiency. This is why graduates of Imam Sadegh University (ISU) account for the largest share of cabinet and executive members in President Raisi’s government. A former branch of Harvard University in Iran, ISU was restructured after the Iranian Revolution to bring together the seminary (seminary sciences) and the university (modern sciences).

The combination of religion and politics in Iran has been detrimental to both spheres. The level of religiosity among the public has dropped so sharply that attendance at Friday prayers has become a growing concern. Moreover, the reliance on religion and the belief in predestination have led to a decline in the use of scientific and empirical research in macro decisions and policies in Iran. Strategic domestic and international policy-making is based on ideology rather than economics and science. For instance, the authorities have requested that people pray for rain to deal with the drought crisis, while the environmental protection agency asked people to pray for strong winds to deal with the problem of air pollution in Tehran. This philosophy is encapsulated in an assertion by Hojatoleslam Kazim Seddiqi, the Friday prayer imam in Tehran, who announced: “If people considered God in affairs, they would not have any living problems.”

The decline in religiosity in Iranian society, especially among the youth; the growing general distrust in the government and religious scholars; and the government’s increasing strictness in religious matters have not only led to tensions between the people and the government, they have also strengthened secularism. Instead of making changes to address these issues, however, the current Iranian administration is moving in the opposite direction, toward a more religious, militaristic, and nepotistic government, one staffed by graduates of religious institutions like ISU, members of the IRGC, and relatives of existing officials, where scientific expertise is devalued and istikharah and other religious practices play a growing role in matters of state. One doesn’t need to rely on divination to know that such a path hardly augurs well for Iran’s future.

Mohammad Hossein Ziya is a strategic consultant and researcher involved in political and social research, election analysis, and social media campaigns. He has been the chief editor of Saham News since 2010 and is a Non-Resident Scholar with MEI's Iran Program. The views expressed in this piece are his own.