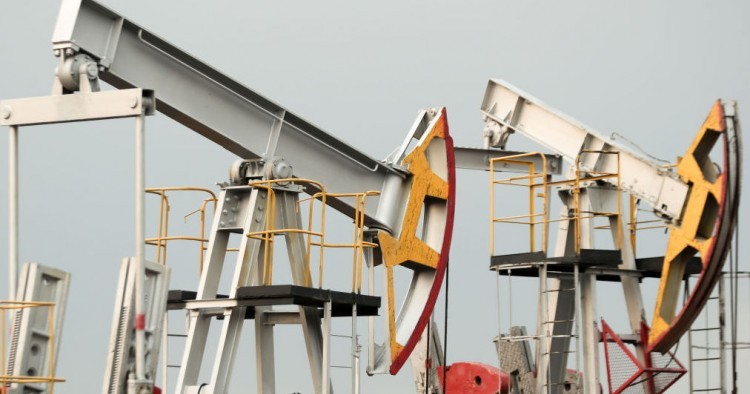 When OPEC+ ministers hold their next monthly meeting on July 14-15, the Saudis are likely to be a strong voice pushing for the continuation of production limits, for both economic and political reasons. The collapse in oil demand brought on by the global coronavirus pandemic and subsequent economic downturn has hurt the Saudi economy as well as its relationship with the United States, and the Saudis will want to take steps to help stabilize the market. The economic outlook for 2020 is still fragile, oil stocks are high, and large production increases would likely trigger another price collapse.

At a minimum, the Saudis will continue to push OPEC+ underperformers, like Iraq and Nigeria, to meet their commitments while OPEC+ gradually increases production, as agreed to at the April OPEC+ ministerial. They may also back an extension of OPEC+’s formal production cap of 9.7 million barrels per day (bpd) for another month beyond the end of July, depending on their sense of OPEC+ compliance with existing cuts and the health of the global economy.

Impact on the Saudi economy

Economically, Saudi Arabia has taken a significant hit from the fall in both oil demand and prices in recent months, and the Saudis want to prevent prices from falling further. The International Monetary Fund (IMF) estimates that the Saudi economy will shrink by almost 7 percent this year, reflecting the cut in oil production, lower oil prices, and COVID-19 containment efforts. In April Saudi oil exports dropped by over 65 percent year-on-year and were down almost 24 percent from March. In May, the government announced plans to triple its value-added tax rate to 15 percent and to suspend some spending by July 1 to address its falling oil revenue.

Politically, the recent Saudi-Russian price war, launched in March when Moscow refused a further OPEC+ production cut of 1.5 million bpd, demonstrated Saudi Arabia’s continuing importance to global oil markets, but it also damaged its relationship with the U.S. The failure to reach an agreement on cuts and Saudi Arabia’s decision to rapidly ramp up production, with the aim of hitting a targeted 12.3 million bpd, caused a rapid collapse in oil prices. OPEC+ announced the failure to reach an agreement on Friday, March 6. The following Monday, prices dropped by around 25 percent, roughly equivalent to the price drop for the entire year to that point, and they continued to fall, hammering U.S. oil companies already hit by the collapse in demand. U.S. oil and gas jobs fell sharply in April and May as a result, prompting members of Congress to criticize the Saudis for pushing prices down and harming U.S. energy companies. President Donald Trump reportedly pushed Saudi Crown Prince Mohammed bin Salman hard for production cuts to shore up prices, reportedly going as far as to threaten to withdraw U.S. forces from the kingdom.

On April 12, the Saudis and Russians ended their price war with a huge OPEC+ oil production cut of 9.7 million bpd, which the group extended through the end of July on June 6. Signs of economic recovery in May and June, including better than expected U.S. jobs numbers and indications that Chinese oil demand had reached 90 percent of its pre-crisis levels, also helped aid the recovery and push prices to around $40 per barrel for both Brent and West Texas Intermediate (WTI) crudes.

Outlook for prices and demand

Looking forward, however, it is difficult to see either prices or demand rising too much further over the next year. Most economic forecasts are assuming a slow recovery from a very steep global recession. The IMF recently revised its estimate for the global economy downward by almost two percentage points to a nearly 5 percent contraction, reflecting both a steeper decline in the first half of the year and a slower economic recovery for the rest of 2020.

Reflecting this pessimistic view, the U.S. Energy Information Administration’s (EIA) July short-term energy outlook estimated global demand for oil and other liquids would recover from just over 84 million bpd in the second quarter of 2020 to just over 97 million bpd in the fourth quarter, or about 4 million bpd lower year-on-year. The EIA forecasts total oil demand for 2020 to be about 8 million bpd lower than in 2019. OPEC’s June forecast is broadly similar. Given the challenges countries are seeing with safely reopening their economies as COVID-19 continues to spread, these demand forecasts could prove optimistic. Record high U.S. oil inventories and higher than normal inventories in the OECD are likely to keep a ceiling on prices as well.

The US energy sector

Absent a significant increase in prices and demand, the U.S. oil and gas sector won’t recover fully this year. As of June 26, U.S. oil production was 10.9 million bpd, down almost 2 million bpd from December. The EIA is forecasting declining U.S. production through April 2021. While WTI prices in the mid-$30s per barrel are enough for U.S. companies to cover operating costs on existing wells and support some reopening, they are too low for them to break even on drilling new wells.

Although 95 percent of energy firms surveyed by the Dallas Federal Reserve Bank expect to remain solvent for the next year, other observers are predicting an increase in bankruptcies as many firms struggle with high levels of debt. U.S. production woes might give the Saudis an opportunity to recover some U.S. market share, which declined sharply in 2019, although this could have political consequences as any increase in oil exports to the U.S. might risk congressional backlash for flooding the market.

Although the Saudis will want to limit production in order to stabilize prices and help draw down inventories, their tolerance for “cheating” on the OPEC+ agreement remains a question. The Saudis will want to be seen as playing a responsible role as the president of the G-20 in the run-up to the body’s summit in November. They have repeatedly indicated, however, that they are unwilling to bear the entire burden of balancing the oil markets on their own, which they clearly demonstrated in March. OPEC estimates that OPEC+ compliance with the production cuts was about 87 percent for May, and Saudi Arabia has pushed underperformers to compensate with further cuts from July through September. If prices stay in their current range and compliance remains good when the OPEC+ ministers next meet on July 14-15, the Saudis will likely push to maintain production limits.

Oliver B. John is a non-resident scholar at the Middle East Institute and the founder and president of Astrolabe Global Strategy LLC, a political-economic consulting firm focusing on the Middle East. He retired from the U.S. Foreign Service in September 2019 after a 30-year government career. The views expressed in this piece are his own.

Where to now for Saudi-Iranian dialogue?