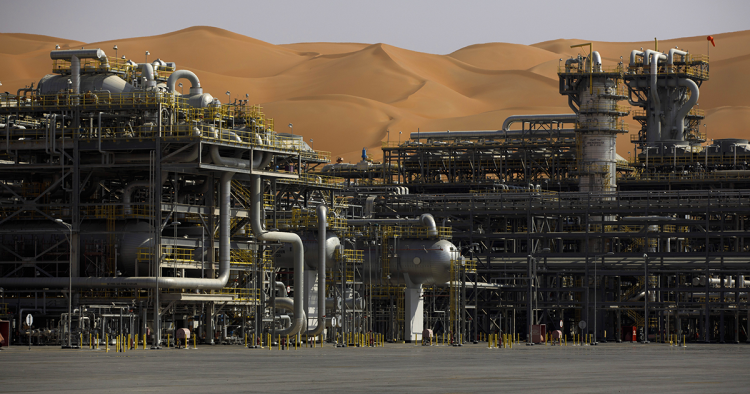 This article is the first in a two-part series on Saudi Arabia’s natural gas industry. The second piece will focus on the international market.

With the recent announcement of the Jafurah Field, a massive unconventional, non-associated gas play, the Kingdom of Saudi Arabia is looking to enter the global gas sector. The field’s estimated reserves, while substantial, are insufficient to meet current domestic needs and, in the future, displace dirty heavy fuel oil used in power generation and satisfy international export goals. The kingdom thus faces difficult decisions regarding the allocation of the Jafurah gas — to either domestic or international markets — and both options have significant challenges.

For more than 20 years Saudi Arabia has studied its gas resources and their potential impact on domestic fuel needs. Beginning in 2019, it launched a renewed effort to utilize domestic gas resources to displace heavy fuel oils for power supply and to provide expanded fuel supply to meet growing domestic demand, especially in the hot summer months. According to a December 2019 report from the King Abdullah Petroleum Studies and Research Center (KAPSARC), domestic demand for natural gas is expected to increase by 3.7% annually from 2017 to 2030. However, according to an analysis of the role natural gas will play in the Saudi Vision 2030 development plan, Jadwa Investment estimated that gas output will need to rise by as much as 6.6% on average per year in the decade to 2030 to meet domestic demand driven by growing power and industrial needs. The challenges facing gas supply growth include the following:

These challenges must be addressed and overcome for domestic natural gas to play a more significant role in the kingdom’s energy supply. With the recent announcement of the Jafurah development plan, the country and its operating company, Saudi Aramco (Aramco), are now moving into the implementation phase. The country, and specifically Aramco, will need to address key issues before the Jafurah play can achieve commerciality.

Prior to 2020, Aramco had been quietly working on evaluating gas resources in tight reservoirs. According to Aramco, the kingdom’s natural gas reserves stood at 319.5 trillion cubic feet (tcf) in 2019. In early 2020, Aramco announced it would invest at least $110 billion in the development of the Jafurah Field, a newly discovered non-associated, tight gas resource play with estimated reserves of 200 tcf. If true, Jafurah will increase the kingdom’s gas reserves by a staggering 63%. By way of comparison, the estimated reserves for the combined Marcellus/Utica gas resource play in the U.S. are approximately 120 tcf. According to a 2020 report from the Pennsylvania Department of Environmental Protection, annual gas production in the state increased from 3.1 tcf to 7.1 tcf from 2013-20 with 6,554 wells drilled in the same period, approximately 820 wells per year. It follows then that Aramco would have to ramp up operations during 2022 to achieve forecast 2024 production. While the Jafurah reserve estimates are impressive, the reality is Aramco has yet to fully appraise the play, suggesting that the reserve announcement may be premature. Significant technical and commercial risk remains that needs to be mitigated before those resources are produced. With domestic gas demand increasing, the kingdom needs Aramco to deliver Jafurah.

Aramco has technical skills that can be applied and utilized in the development of Jafurah. However, the company’s technical focus has been oil production in carbonate reservoirs. It deploys modern technology to manage these expansive fields. Additionally, Aramco has delivered major capital projects such as natural gas and crude oil treatment plants. That said, most of the natural gas produced in the kingdom is associated gas, which is reinjected for pressure maintenance of the all-important oil reservoirs to ensure production and cash flow. Aramco has minimal experience in tight gas play delineation or development and is woefully understaffed with technical specialists in this sector. U.S. gas production is the culmination of decades of experience and the development of a multigenerational workforce with expertise in geology, geophysics, drilling, petrophysics, completion, and production. Aramco plans to start production from Jafurah in 2024 and to reach 2.2 billion cubic feet (bcf) per day of gas by 2036. The company has limited experience in manufacturing-style resource exploitation and has yet to climb the learning curve, which will add expense and consume capital.

According to a March 2021 study conducted by Cleveland State University, cumulative investment in shale resource development in Ohio totaled an estimated $90.6 billion from 2011-June 2020, the majority of which it can reasonably be assumed targeted the Marcellus and Utica plays. This value could easily triple when factoring in the time elapsed since then and extrapolating data to include Pennsylvania and West Virginia natural gas investment. One can extrapolate that $225 billion total invested thus far in the Marcellus/Utica exploitation yielded proven reserves of 120 tcf. Based on those values, it appears the recently announced $110 billion planned investment in Jafurah will cover only 60 tcf of reserve development, assuming a similar cost and success profile as Marcellus/Utica. As mentioned above, these costs include the learning curve cost, which is still in its infancy in the kingdom. In short, based on actual Marcellus/Utica shale costs spanning almost 20 years of activity, Saudi Arabia will require more than double the announced investment to develop Jafurah.

More than 22,700 natural gas wells have been permitted in Pennsylvania thus far. The Jafurah supply chain stretches from technical resources in the office and field to material and equipment to support the field development. According to a 2011 study released by Dougherty, Leventhal & Price, from 2011-14, over a period when Marcellus drilling was forecast to increase by 60%, direct jobs in the natural gas sector in Pennsylvania would increase between 19,000 and 31,000. The study focused solely on the direct workforce needs of the industry and did not include indirect or induced employment impacts. Interestingly, the study model indicated that each well would require a workforce of approximately 420 individuals across 150 different occupations. While the Marcellus development scenario may not be identical to the Jafurah plans, the data can be indicative. The study suggests that a Jafurah full field development plan would require a minimum increase of more than 30,000 technical staff from the office to the field. And, using the model, we could assume 1,000 Jafurah wells would require 42,000 individuals.

In addition to office and field-based resources, field development will require steel for drill and surface pipe, drill and completion rigs, vehicles, fuel and power supply, roads, field support bases (including material, equipment, and residential facilities), frack support such as sand and supporting equipment (hoses, compressors, etc.), and lastly abundant water supply. The multi-billion-dollar desalination plant is currently in the market for bids. Export and domestic facilities will also need to be expanded.

Aramco has a track record of developing major capital projects, but budgetary efficiency and project delivery timelines vary widely. One key to success in the Jafurah development will be Aramco’s capability to increase technical staff and expand a contractor staff pool within cost and Saudization constraints. Secondly, the company will need to drive field-based staff expansion, including foreign skilled workers and laborers.

Addressing the supply chain challenge will impact the economic success of the Jafurah development. Considering the complexity of the supply chain and the long-term duration (e.g., 10 years or more), Aramco will need to keep a focus on costs, staffing, and project execution across multiple executive leaders’ tenure and investment cycles.

In addition to field development infrastructure, the kingdom requires wider intra- and interprovince infrastructure to distribute Jafurah gas domestically in both the Eastern Province and the mountainous western regions where pipeline infrastructure is non-existent and extremely costly to build. Informal cost estimates ranged from a minimum of $5-10 billion for gas pipeline expansion into the Jeddah region and southward toward Jizan. Additional costs will be incurred for power plant conversion from burning heavy fuel oil to natural gas. Right of way and construction through difficult terrain will stress any cost estimates and timelines. Resolving the domestic infrastructure issues will require significant capital and a focused execution plan insulated from recently seen inconsistent investment strategies. While capital may be available today, a consistent long-term investment plan is required that will insulate projects from budgeting volatility, which is known to track global oil prices and permeate the kingdom’s budgeting cycle.

With domestic gas demand forecast to increase 3.7-6.6% per year until 2030 and the announced desires to build a hydrogen plant for export and utilize Jafurah gas for petrochemical feedstock, the kingdom faces a decision point. While Saudi estimates for the Jafurah field are aggressive, it will not provide the production required to support all three emerging and growing gas demand centers. According to Simon Watkins at OilPrice.com, Jafurah production estimates of 2.20 bcf per day equates to 0.3675 million barrels of oil equivalent per day or 367,500 barrels per day (bpd). Currently, the country utilizes at least 500,000 bpd of heavy fuel oil to generate power. Assuming Jafurah reaches its 2.20 bcf per day production level, this would not displace the heavy fuel oil let alone satisfy increasing country demands for power fuel and the aspirations for blue hydrogen and petrochemical feedstock. In short, the kingdom will face an either/or conundrum, domestic supply or global export.

The kingdom’s domestic gas pricing policy further stresses Jafurah gas commercialization. At $1.25/million cubic feet (mcf) Jafurah gas may be cash flow negative even with natural gas liquids (NGLs) in the flow stream. In unconventional natural gas plays, production streams vary from dry gas (methane) to richer gas such as ethane (NGL). In most cases the ethane (and higher molecular gases) production carries the project economics and thus those areas tend to be produced first. More liquid-rich (high in NGLs) flow streams provide stronger project economics. As with all unconventional plays, however, the Jafurah Field contains both dry gas and richer gas sectors. The unanswered question is how much NGL the field contains since the methane-rich dry gas production will be economically challenged. Market cost would need to include infrastructure build out, which is typically not included in field development economics. Hence, there is a price/cost gap since Aramco calculates gas production cost at the wellhead but the actual delivered cost to the consumer is significantly higher due to infrastructure costs. As an example, if gas production costs are conservatively $1.50/mcf, including infrastructure capital costs may drive the actual cost to $2.50-3.00/mcf. Thus, even at a very low production cost, Jafurah gas is not an economic venture. It is likely that Jafurah gas will initially be costly. As the company gains experience in tight gas production, costs will fall, as has been seen across the industry and in the U.S. natural gas business. For Jafurah gas to be commercially successful, production and infrastructure costs must be low and domestic pricing increased. Should domestic gas prices remain at or around $1.25/mcf, then export to global markets may provide better commercial returns at the expense of satisfying domestic gas needs.

Wayne Ackerman has more than 30 years’ experience in the upstream exploration and production sector and major capital project development, including LNG. Most recently, while at Saudi Aramco, he developed the International Gas Strategy, which was sanctioned by the Board. He then led implementation, completed global opportunity screening, and led the North America LNG commercial efforts. He is also the founder and president of Ackerman and Associates Global Consulting, LLC, and a member of the Advisory Council for MEI’s Program on Economics and Energy. The views expressed in this piece are his own.