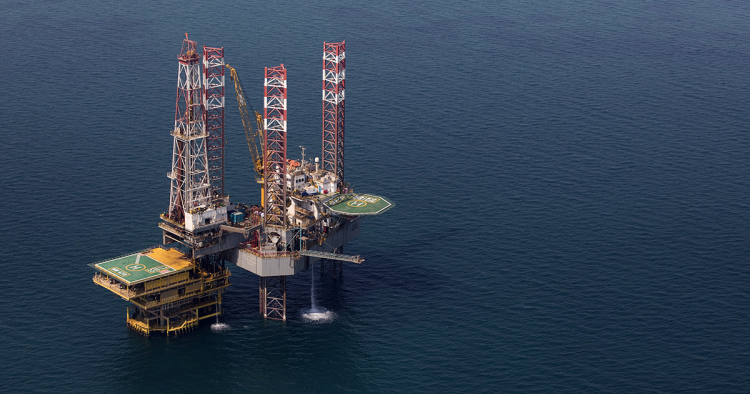 In spite of the growing political distance between Riyadh and Abu Dhabi, it was economic factors that played the key role in the UAE decision not to support the extension of the OPEC+ agreement until the end of 2022, thus putting on hold the cartel's decision to increase production in the coming months. The OPEC+ agreement in place since December 2016 may have finally run its course. The medium term will see a changed landscape among oil producers, not just in the GCC, but globally as they compete for customers in emerging markets, the only place where oil demand is expected to increase after 2030, and as they attempt to transform their businesses across energy products. The national oil companies that can access capital, attract new investment, offload assets, and be nimble enough to grow across energy lines, whether it be hydrogen, solar, or even natural gas, will be the ones that thrive. Producers like Libya, Iraq, Iran, and even Russia and Saudi Arabia may be at a disadvantage in accessing new investment and pursuing transformation. The future of OPEC and its ancillary partners is one of intense competition and divergent time horizons for hydrocarbon exploitation.

The emergence of OPEC+ was the result of changes in the 2010s oil market brought about by the shale revolution and a global energy transition, meaning not only is demand for oil expected to plateau, but we will likely see greater policy convergence, especially across OECD countries, shaping investor and consumer appetite for oil. At the same time, technology and innovation account for the rapid supply growth since at least 2011. These factors meant conventional oil producers faced a binary choice:

Out of all the OPEC members only Qatar decided to follow the second option (leaving the cartel in 2018), while the others chose to pursue the market regulation route. Yet this choice had certain repercussions. Under the new agreement, the OPEC members had to form a coalition with conventional oil producers outside of the cartel in order to regulate the market. This, on the one hand, meant that the extended OPEC+ grouping created in December 2016 started to unite a diverse range of countries facing totally different socio-economic and political conditions and pursuing different goals. By joining OPEC+, some of these producers, such as Iran, Libya, or Venezuela, became very openly free riders. It is no surprise that, from the very beginning, discipline — a key element for the OPEC+ strategy as a market regulator — was a problem. But this agreement is unlikely to hold through 2022 and beyond as a cooperative strategy, as the inequities among the oil producers will only get worse as we reach peak oil demand, and as diversification strategies compel some producers to prioritize short-term gains over a longer production horizon.

After the formation of OPEC+ in 2016, Saudi Arabia was expected to share its leadership role with the other leading producer, Russia, in a partnership intended to rival and outrun the United States. Moscow, unlike Riyadh, saw oil price stability rather than growth as the main goal of OPEC+ actions. It also believed that the psychological effect on the oil market of proclaimed production quotas was more important than their actual implementation. These views, together with Russia’s belief that the very fact of its participation in OPEC+ made the cartel’s market regulation efforts effective, turned Moscow into the organization’s “enfant terrible,” periodically demanding special treatment (such as less strict compliance with production quotas or even exceptional exemptions), while the other members were left to deal with the consequences. Even after the short-lived price war of March-April 2020, when Russia was taught a lesson that all defiant kids should know their limits, it still remained one of the main production quota violators.

The need to accommodate outsiders as well as the “Russian phenomenon” had its negative side effects. It was the source of the organization’s inequality and the rift between the OPEC countries (which were more loyal to the deal) and the newcomers. While Moscow nearly made the other players see its occasional deviations from production limits as its legitimate right, the Russian authorities always helped Saudi Arabia to chase down other violators and make them compensate for their occasional overproduction. Thus, the UAE authorities were immediately chastised by OPEC+ leaders for their quota incompliance in summer 2020. This could only irritate the deal’s other participants.

Meanwhile, periodic Russian-Saudi tensions diverted the attention of market watchers and decisionmakers from other growing problems with the old cartel members. That’s why the threat of a Saudi-Emirati rift went unnoticed, even though the first sign of it appeared as early as summer 2020. Meanwhile, by mid-2021, both the interests and the capabilities of OPEC producers shifted, particularly the ability to reallocate state resources in the oil business for future growth.

The challenges to the disorder within OPEC+ come from outside as much as within. China has an important role here, given its ability to access oil and condensates from a variety of suppliers. It has pitted Russia against the Gulf Arab producers, but also leveraged its relationship with Iran. As perhaps the only source of investment and partnership for Iran’s oil industry in the near term, China can lock in favorable prices, while encouraging other suppliers to question the value of production cuts.

By joining OPEC+ the newcomers agreed to follow the market regulation strategy. However, this approach is only a temporary remedy that helps to ease the pain but does not deal with the underlying cause. OPEC+ can only have a limited effect on the supply side of the market and it has even less leverage when it comes to influencing consumers. Moreover, OPEC members have to sacrifice their development plans, thus risking their future and feeding free riders outside (and inside) OPEC+, while the success of their efforts is not always guaranteed and peak oil demand is probably approaching. Meanwhile, the U.S. shale revolution and the coming energy transition remain inescapable realities. The blow to the economies of Gulf oil producers from COVID-19 also makes them cognizant of the need to increase their earnings from oil resources to fuel economic recovery. Under these circumstances, there is no surprise that, in 2020-21, the core members of OPEC started to be less loyal to the deal. Even before the current crisis, the UAE was violating production obligations while complaining that its quota was unfairly low. In November -December 2020, Abu Dhabi even allegedly considered quitting OPEC+ altogether. The UAE might also have concerns about the success of its regional price benchmark based on the Murban crude variety and the feasibility of oil industry development plans if strict production cuts continued.

The UAE was not alone in this regard. During 2020, Oman actively exploited a loophole in the OPEC+ agreement that excluded condensates (considered by some analysts as, de facto, a type of light oil) from production quotas. Consequently, the Omani oil industry’s losses from production cuts were compensated for by the increased condensate output.

We’ve had enough of this

Under these circumstances, Abu Dhabi was just the first to "go rogue,” irritated by the special treatment of Russia and the fact that the main beneficiary of the increase in oil production quotas in May-July 2021 was Saudi Arabia, while the UAE increased production only marginally. The Emirati leadership correctly argued that the choice of October 2018 as a baseline for the production quotas during the April 2020 OPEC+ meeting was unfair to the UAE, whose production capacity stood at 3.8 million barrels per day (mbpd) against 3.2 mbpd in October 2018. Abu Dhabi, as a team player, accepted the rules of the game, but this was not appreciated by the other members, thus creating another lingering problem for OPEC+ that would blow up in July 2021.

The importance of the UAE as an oil producer is only growing. Right now, it is the third largest producer within OPEC and it plans to increase its production capacity from 3.8 mbpd to 5 mbpd by the end of the decade to maximize its income from oil reserves while prices and demand are still high. Yet, the UAE’s position and role within OPEC+ reflect neither its production weight nor its ambitions. Iraq has far greater freedom not to comply with production quotas, while Russia and Kazakhstan can demand a special output increase, but the Emirates can do neither.

Too soon to say goodbye

Nevertheless, it is still too early to predict that the UAE will leave OPEC+, although the option exists. And for some participants in the agreement, immediate oil revenue assurances may be a primary concern. In 2020-21, OPEC+ guaranteed a certain level of income for its participants and demonstrated its continuing importance as a market regulator. Even Russia, whose oil producers were periodically mulling an OPEC+ exit, is now far more loyal to the deal and is expected to remain part of it, at least until 2023-24. Russia also enjoys the benefit of a more liberal baseline for its production quota that was set at 11 mbpd, matching or even exceeding its actual output capacity.

Second, the possible refusal of the international oil companies to invest in oil globally creates opportunities for OPEC+ members to fill the gap and, theoretically, makes the monetization of remaining oil resources more convenient. However, these countries will need to rely more on their own resources rather than external investors while developing their oil sectors. Consequently, the preservation of OPEC+ as a mechanism that guarantees the maintenance of a certain price (i.e., income) level becomes reasonable, but far from assured. It is a classic stag hunt cooperation dilemma, and these are not hunters who prefer to settle for the hare.

Finally, there is room for maneuver and greater flexibility when it comes to both the existing supply deficit in the market and the production growth limits in some of the OPEC+ countries. According to assessments from the International Energy Agency, five OPEC members will not be able to return to their October 2018 production baselines. Outside of OPEC itself, Russia is also unable to go beyond the 2018-19 maximum. All of these can help other members to increase their production quotas without destabilizing the OPEC+ market regulation strategy, if there is trust. An unknown risk remains the impact of COVID-19 variants on Asian demand, which could quickly deflate expectations of both price ceilings and increased production.

These factors are probably well understood in Abu Dhabi and elsewhere. All in all, despite the contradictions within OPEC+, the organization is likely to survive the current Saudi-Emirati conflict, but after 2022 it will be open season.

Nikolay Kozhanov is a Research Associate Professor at the Gulf Studies Center of Qatar University and a Non-resident Scholar with MEI’s Program on Economics and Energy. His research focuses on the geopolitics of Gulf energy, Russian foreign policy in the Middle East, as well as Iran’s economy and international relations.

Karen E. Young is a senior fellow and founding director of the Program on Economics and Energy at the Middle East Institute. The opinions expressed in this piece are their own.

Beholden to Khamenei and the IRGC, Raisi will stick to the hardline script