The secret of Netanyahu’s success 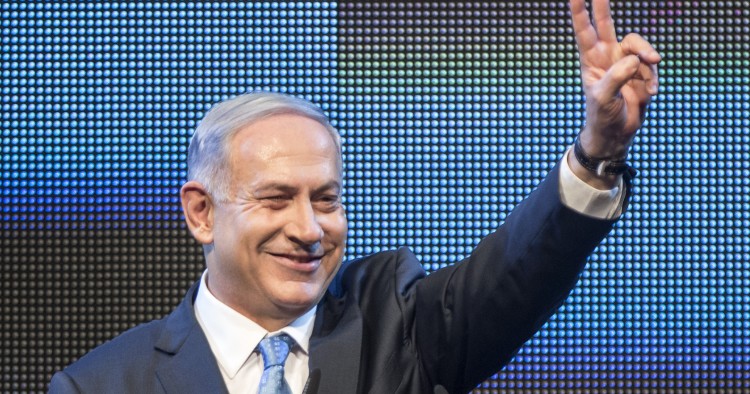 Israel is set to hold national elections in early April, and all indications suggest that the contest is Prime Minister Benjamin Netanyahu’s to lose. Current polls indicate that Netanyahu will form the next government, leading a coalition spearheaded by his Likud Party with 30 seats in the 120-member Knesset.

When elected, the 70-year-old Netanyahu will become Israel’s longest-serving prime minister, occupying the position longer than David Ben Gurion, the iconic Israeli leader who shepherded the Jewish Yishuv to statehood and oversaw the creation of the Israeli army and its nuclear arsenal.

Despite his record-breaking tenure, Netanyahu is an unlikely member of Israel’s political pantheon. On the right, leaders of the settlement movement have never trusted his commitment to their agenda and have long worried about his ability to withstand pressure from Washington. Political opponents on his left simply cannot abide him.

Netanyahu’s stubborn caution recalls the taciturn Yitzhak Shamir rather than the tenacious belligerence of Ben Gurion or the flamboyant political and strategic innovations of Ariel Sharon. Yet he has dominated Israeli politics for a decade and today commands the summit of Israeli political life all but unchallenged.

What is the secret of Netanyahu’s success?

Netanyahu’s ascendancy reflects the massive changes in the Israeli electoral map put in motion by the occupation and settlement of the West Bank and East Jerusalem more than half a century ago. He stands as the representative, if not the standard-bearer, of a solid national constituency, that, without regard to party affiliation, supports settlement throughout the West Bank and the concomitant prevention of Palestinian sovereignty west of the Jordan River.

Under Ben Gurion’s stewardship, Israel’s Labor Party ruled unopposed during the nation’s first decades. The party built the country and its army, and after 1967, under the leadership of Yigal Alon, Shimon Peres, and Moshe Dayan, put into place the policies that established the foundation for occupation and settlement that continue to this day.

Labor was weakened rather than strengthened by its stewardship of this policy. The opposition Herut (Likud), which had languished for decades under Menachem Begin’s inspired but unpopular leadership, found its political voice by championing Greater Israel. Begin’s surprise election in 1977 marked the beginning of the ascendancy of a new Israeli political aristocracy that Netanyahu now represents — one that over the next decades constructed a winning political movement that drew its energy and popularity from its unabashed promotion of permanent Israeli rule in territories occupied by Israel in the 1967 Arab-Israeli war.

When Begin traveled to Camp David in September 1978, there were fewer than 20,000 settlers on the other side of the Green Line, the demarcation line set out in the 1949 Armistice Agreements. When the Oslo Accords were signed in 1993, this number had increased tenfold. Today more than 650,000 settlers reside in the West Bank and East Jerusalem.

Netanyahu has best managed to take political advantage of the dramatic political, electoral, and demographic changes that have resulted from this national enterprise and he has consolidated a national consensus opposing concessions to Palestinian nationalism.

As he stands for yet another popular mandate, Netanyahu presides over a national political landscape that, in the Palestinian domain, has grown comfortable supporting policies promoting de facto and at times de jure annexation. Labor no longer sees electoral advantage in promoting a less aggressive form of settlement and occupation than has become the norm over the last decades, and it has been unable to mobilize effective party or popular support for diplomatic engagement with the Palestinian Liberation Organization. On the eve of new elections, the party itself is in grave danger of all but disappearing altogether.

The mantle of principled opposition to Netanyahu’s popular policies is shouldered by marginal political voices unable to even dream of an electoral victory.

Half a century of occupation and settlement has succeeded in literally building a winning electorate committed by self-interest, if not always ideology, to policies of creeping annexation – to “living together forever” as Dayan once remarked – and denying Palestinians effective, sovereign political power. This ruling majority, led by Netanyahu, marks the enduring success of Likud leaders who more than a generation ago saw settlement expansion as an opportunity to create a new political and parliamentary majority rooted in the lands of Greater Israel, challenging and ultimately supplanting the pioneering cadre that provided the territorial foundation for Israel’s Labor Party.

Netanyahu, mistrusted by the right and excoriated by the center and what little remains of the left, is on track to be Israel’s longest-serving prime minister as the expression, if not the author, of this national development. He confronts a balkanized political opposition purged of almost any commitment to evacuating settlements in order to create a viable territorial base for Palestinian national self-determination.

He faces an electorate which considerers the enterprise an unremarkable part of the national landscape. “Netanyahu used to have campaigns about policy, security, Hamas, Iran, and the Arabs going to the polls in droves,” noted one columnist recently. “These issues are no longer on the agenda.”

In the absence of a competing narrative promoted by his domestic opponents or Washington, the election campaign is hardly concerned with Israel’s “forever occupation.” The greatest threat to Netanyahu’s continued tenure, and the focus of his keenest attention in this election season, are his metastasizing legal and corruption charges, far more prosaic concerns than those related to Palestine.