The source of Netanyahu’s opposition to the JCPOA 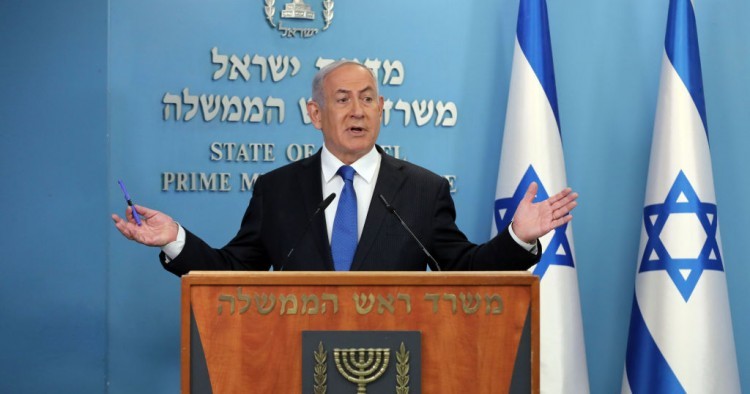 One of Lloyd Austin's first tasks as secretary of defense was to call his Israeli opposite Benny Gantz to reaffirm the commitment made by every one of his predecessors since the Nixon administration.

“Great speaking with Israel’s Minister of Defense this morning. The U.S. is committed to Israel’s Qualitative Military Edge (QME) and to enhancing our close bilateral cooperation,” tweeted Austin.

Gantz played his role in this ritual, noting that both officials “reaffirmed the strength of the U.S.-Israel defense relationship & discussed our many shared priorities, including maintaining Israel’s QME & regional stability.”

Ever since the Johnson administration agreed to supply Israel with Phantom jets in the aftermath of Israel’s lightening victory in the June 1967 war, U.S. support for Israel’s qualitative military superiority over any combination of its Arab — and after the Shah’s demise, Iranian — neighbors has been at the top of the to-do list of every American president.

By any measurement Washington has kept its commitment to Israel in both word and deed.

The understandings reached between Washington and Jerusalem half a century ago establish the critical context for the Biden administration’s current effort to restore the Joint Comprehensive Plan of Action (JCPOA), which Israeli Prime Minister Benjamin Netanyahu fiercely opposed during its adoption by the U.N. Security Council (UNSC) in July 2015 (UNSCR 2231) and which he still bitterly contests today.

It is no secret that Israel has enjoyed a nuclear monopoly in the region since the mid-1960s. Indeed, U.S. support for Israel’s conventional military superiority, born out of the arms deals negotiated after June 1967, was intimately related to Washington’s concern about the dangers that Israel's nukes posed for increased proliferation in the region. The U.S. offered to assure Israel’s regional conventional superiority, and in turn Israel agreed to maintain “ambiguity” about its nuclear arsenal.

To this day, Israel — even as it maintains a sophisticated triad of land, sea, and air-launched nuclear-tipped bombs that place it in the upper ranks of nuclear weapons powers — has kept its bombs in the basement, implicit and undeclared.

The challenge from Iran

Like the Iraqi regime of Saddam Hussein, Tehran today poses a threat to this system, challenging Israel’s regional military preeminence, threatening its regional nuclear monopoly, and thus undercutting the premises upon which Washington’s support for Israel's QME rests.

Israel’s opposition to Iranian military power dates to the fall of the Shah in 1979. Before that Israel was an enthusiastic partner in Iran’s program to develop a home-grown modern military arsenal. Operation Flower, for example was a joint Israeli-Iranian effort to develop nuclear-capable intermediate-range ballistic missiles — out of which Israel’s Jericho missile was born.

More than two decades ago I asked Prime Minister Netanyahu's chief security advisor whether Israel’s opposition to an Iranian bomb was a matter of principle, or whether it was a function of Israel’s antipathy toward the mullahs. The latter, my interlocutor quickly replied.

Netanyahu’s vociferous opposition to the JCPOA estranged relations not only with the Obama administration but with Democrats on Capitol Hill. His March 2015 appearance before Congress at the invitation of the Republican majority in the House where he incited against the president’s key international policy initiative was unprecedented.

Netanyahu's effort to sink the agreement failed, but the Israeli prime minister played an important role in mobilizing congressional opposition to the JCPOA, enabling Donald Trump, notwithstanding the UNSC endorsement, to repudiate it.

Now as then, Netanyahu's opposition to the JCPOA is not rooted in a strictly security assessment of the agreement’s shortcomings. Israel’s professional security establishment, like Washington’s, has, notwithstanding recent comments by the Israel Defense Forces (IDF) chief of staff, always viewed the basic intention to engage Tehran in a negotiation aimed at curbing its programs cautiously but positively.

"Take Iran,” explained Yair Golan, former IDF deputy chief of staff, recently. “The idea that the only thing to be done is to threaten and attack is simply foolish. That's not how you manage a strategy. Anyone who has some understanding of the issue knows that it would be irresponsible for Israel to handle Iran without the U.S. What Netanyahu did with his speech to Congress in 2015 was irresponsible and caused enormous damage. That's not how it works. You need to have the U.S. with you.”

"The nuclear deal, which Netanyahu condemns morning, noon, and night — joined, horrifyingly, by the chief of staff — is a good deal. That doesn't mean it doesn't have flaws. We knew about them from the start. I was deputy chief of staff when the deal was signed, and I was responsible for Iran in the General Staff. When the deal arrived, we held a discussion with all the officials and said to ourselves that if Iran complied with it, it would be an amazing achievement. The fact is that without the deal, they'd be closer to nuclear weapons than with it, so we need to take action to improve the deal and then create a new one, rather than fighting it and losing."

While preventing Iran’s ability to produce nuclear weapons is a key part of Netanyahu’s strategic vision, Israel’s drive to constrain Iran is far broader. It is this latter concern to prevent Iranian efforts to broaden its strategic security and diplomatic interests, whether in the Gulf, Lebanon, Palestine, or Syria — at the expense of Israel’s dominant role in these contested areas — that drives his current vociferous opposition to Washington's nuclear rapprochement with Iran. And it is the prospect of establishing a new and less antagonistic chapter in Iran’s relations with the U.S. and the international community more broadly that energizes Netanyahu’s battle against Washington’s revitalized effort to put Humpty Dumpty back together again.

President Joe Biden has long personal experience with Netanyahu’s successful efforts to undercut U.S. policies — on Iran and settlements to take just two examples. He will get only one chance to demonstrate to Jerusalem — and beyond — that the clock has run out on Netanyahu’s patent.