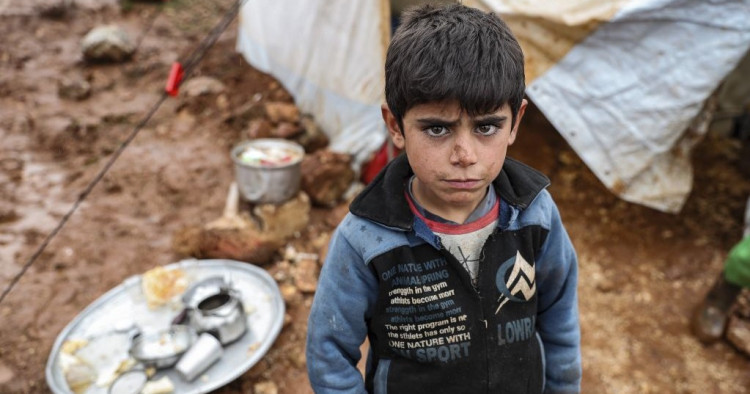 Ten years ago this week, at the American embassy in Damascus, we heard of the first anti-government protest through a quiet whisper in the diplomatic community. A few young kids had run through the historic Hamadiya market yelling “freedom,” as everyone else in the Syrian capital was glued to their television, watching the Arab Spring unfold in nearby states. Over the next few days, we witnessed some of the most prominent human rights and civil society activists — many of them our friends — beaten and arrested for a silent protest for prisoners of conscience. By the following week, protests erupted throughout Syria, demanding accountability from the savage security machine that was the Assad government.

It is impossible to ignore the scale of human tragedy and suffering over the past 10 years. There are too many victims, some who had to suffer unimaginable loss like the parents of young Aylan Kurdi, who drowned trying to flee to Europe and whose picture circulated globally as a stark reminder of the Syrian tragedy. Or the many brave Syrians like lawyer and human rights advocate Razan Zaitouneh, who refused to flee, confronting the Assad government and Islamist extremists who eventually kidnapped her. Remember the hundreds of thousands of people who remain in Syrian prisons, subject to torture and conditions so savage it is hard to describe in words. And still, there are many more victims of this conflict. We had the honor of meeting the brave Italian priest Paolo Dall’Oglio and Syrian Orthodox Bishop Yohanna Ibrahim who insisted on staying in Syria to help others, and who both disappeared into the maw of the dark conflict.

We also remember examples of bravery, empathy, and humanity such as doctors, first-responders, and volunteers who smuggle themselves into Syria to perform life-saving work, despite Russian and Syrian government airstrikes on their hospitals. The many aid organizations, set up and operating by their bootstraps, work to give every ounce of support to Syrians in need, like the Karam Foundation, which began as a food drive on the south side of Chicago and is now one of the leading organizations operating schools for traumatized Syrian refugee children; or Syrian Youth Empowerment, striving to get students out of conflict and into universities. These are just to name a few of the heroes trying to limit the extent of the tragedy in the wake of international failure.

Foremost on our minds now are the nearly 2 million civilians trapped in the northwestern province of Idlib, struggling to survive a crushing siege, regular bombardment, and a global pandemic with sparse — if any — stable nutrition, education, and medical options. These people survive because of a flawed, but still critical, cross-border humanitarian aid mechanism that subverts the blockade imposed by the Syrian government. Established in 2014, the U.N. Security Council approved four different cross-border points. Today, only one survives because of Russian pressure. The Russians now aim to shut the last crossing by denying its renewal this summer in the U.N. Security Council. It is hard to overstate the disaster that would transpire should this last crossing close. Ending the cross-border program would be yet another example of the cruelty in this war. The results could force famine and an extreme medical crisis, or a new wave of refugees that would simply overwhelm the Turkish border, further spurring a new refugee wave across Europe.

The inspirational Syrians who have stepped up to help their fellow citizens cannot prevent this — the international community must. Washington and its friends around the world must use their leverage to resist Russia’s pressure and maintain this cross-border program. We have watched Russia operate shamelessly in Syria for the past decade. If they ignore all humanity and shut the aid operation through their veto power in the Security Council, then Washington must rally the international community quickly to establish a replacement aid operation out of southern Turkey. This will be very difficult. Despite its flaws, the U.N. aid operation has been ongoing for more than six years and it is not quickly replicable. Without a U.N. Security Council resolution, aid organizations may fear falling into the crosshairs of U.S. and international sanctions — an impediment Washington will have to address as well. Further complicating matters, protecting the supply trucks and aid personnel from Russian and Syrian government air attack will continue to be a priority concern.

Maintaining the pipeline of aid into Idlib is not a victory and it does not heal the pain of the past 10 years, nor improve the lives of those civilians stuck inside. Instead, it is the very least we owe fellow human beings. It may give Syrians — those millions trapped inside Idlib — a bit of hope for their future and that of their children in this unfathomable tragedy.