A tale fit for the silver screen: The rebirth of the Basrah Museum 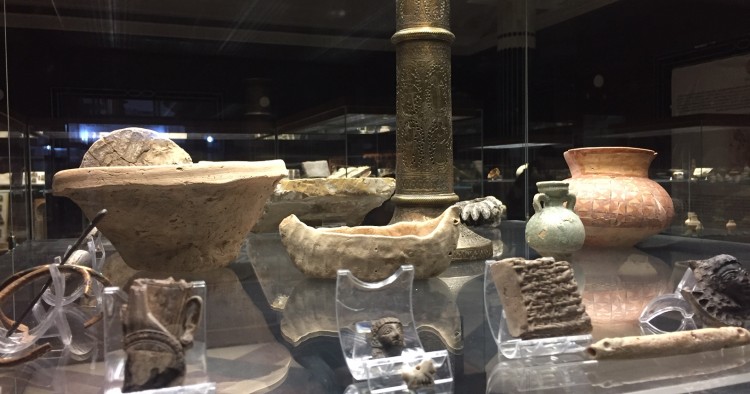 The story of the Basrah Museum, which opened three new galleries on March 19th after languishing for 28 years, is nothing less than cinematic.

The saga of the reborn museum spans the recent history of Iraq, political upheaval, and international intrigue. Above all the tale, part thriller, part Cecil B. DeMille epic, is one of survival and triumph in a city more well known internationally for its recent protests and ongoing water issues than for its unique heritage.

While the museum has been greatly assisted by funding from the British Council, BP, and the stalwart Friends of the Basrah Museum charity, the protagonist in this movie is undoubtedly 39-year-old archaeologist and former museum director Qahtan al-Abeed.

“I was driving one night in 2005 with the former museum director, Mudhar Abd Alhay,” recounts Abeed from the lobby of the Basra Sheraton. “I was his deputy then and we were driving across the Zubair bridge to go to the antiquities police.” At the time, looting and communal violence, were at a peak; being a custodian of Iraq’s fragile heritage was a fraught and dangerous job. “It was midnight,” recounts Abeed, after a drag on his cigarette and a long exhale, “and suddenly three people came toward us and began shooting. But I just kept on driving.” Abd Alhay had been dozing off so at first Abeed didn’t realize that he’d been shot. “I thought he was asleep,” he recalls, “but when we got to the hospital, they pronounced him dead.”

It turned out that the culprits — since jailed — were sent by a squatter who had been evicted by Abd Alahay and Abeed after occupying the first museum building. He also happened to be a key member of “one of the local Islamist parties,” says Al Abeed, who cannot to this day reveal their name.

The building itself — in the typical Basran Shanasheel style of the late Ottoman period with intricate wooden lattice work — had once belonged to a Jewish date merchant until it was acquired by the Greek government and became its consulate from 1945 until 1971. In 1972, the Iraqi government, newly flush with revenue from oil nationalization and a cultural and educational mandate, decided to turn it into a civic museum. The 1970s were the glory days of cultural infrastructure and investment in Iraq, with many theaters, galleries, and educational institutions dating from that era.

“It’s an amazing building,” enthuses al Abeed, who is now the director of heritage in Barsa, as well as the lead for the UNESCO World Heritage sites in Iraq. “The first floor is all wooden and the ground floor is brick. One window facing the street is Ottoman style and another Indian.” It is one of 400 heritage buildings in the city Abeed has catalogued.

Sadly, in the chaotic aftermath of the Gulf War of 1990-91, the museum was looted and what remained of the collection was sent to central storage in Baghdad. The museum remained closed until 2003, at which point it was converted into a makeshift headquarters for the State Board of Heritage and Antiquities. Abeed, who studied archeology at the University of Baghdad and was a recent graduate at the time, hoped that the museum would re-open. Instead, it was soon occupied by squatters in the aftermath of the invasion.

“We brought in the police,” explains Abeed, and eventually the army. While they were successful in the eviction, they were threatened by the squatter, with subsequently tragic consequences.

Later, after Abeed became the director of the museum he suggested to the Basra City Council in 2008 that one of Saddam Hussein’s “lakeside” palaces, an ornate property on the Shatt al-Arab built in 1990, might be the perfect spot for a new museum.

By coincidence, at the same time, British army officer Hugo Clarke had the same idea and also approached the chairman of the council. After discussions with Clarke, Abeed was put in touch with John Curtis, then the keeper of the Middle East collections at the British Museum. In 2009, Curtis returned with a team of archaeologists, including Paul Collins, the current Jaleh Hearn curator for the Ancient Near East at the Ashmolean Museum in Oxford. They visited sites in and around Basra as well as Ur, where the American military had built a Burger King near the ancient Sumerian ziggurat.

While the British military had left Iraq in 2007, Abeed explains that their relationship with locals was different than that of the U.S. military. “They didn’t shoot at you when you drove past their vehicles,” he recalls, “like the Americans did in Baghdad.”

“The British had a better understanding of the situation in Iraq,” contends Abeed. “They are more aware of Mesopotamian history — after all they were the first foreign archaeologists to come to Iraq.”

But the idea of housing Iraqi treasures in a former Saddam-era palace was not popular with the local community. As Basrans struggled for basic necessities during the dog days of the embargo, palace staff would cook three meals a day for the president, just in case he showed up.

“Everyone thought I was crazy,” recalls Abeed. “They begged me to stop, but I persevered.” When locals balked at the idea of keeping intact a palace where Saddam’s name had been inscribed into the very tiles, he responded, “This is part of our history, we have to keep it.” For two years he persisted with his mission, eventually gaining permission to use the building from the Basra City Council and the Ministry of Antiquities in 2010.

In the interim, Abeed traveled to London in December 2008. He arrived, speaking no English, but hosted by the indefatigable Lamia al-Gailani — Iraq’s doyenne of archaeology and tireless champion of its heritage — who worked closely with him and advised on cylinder seals (her specialty) as well as objects from the National Museum of Iraq in Baghdad, to include in the Basra galleries. 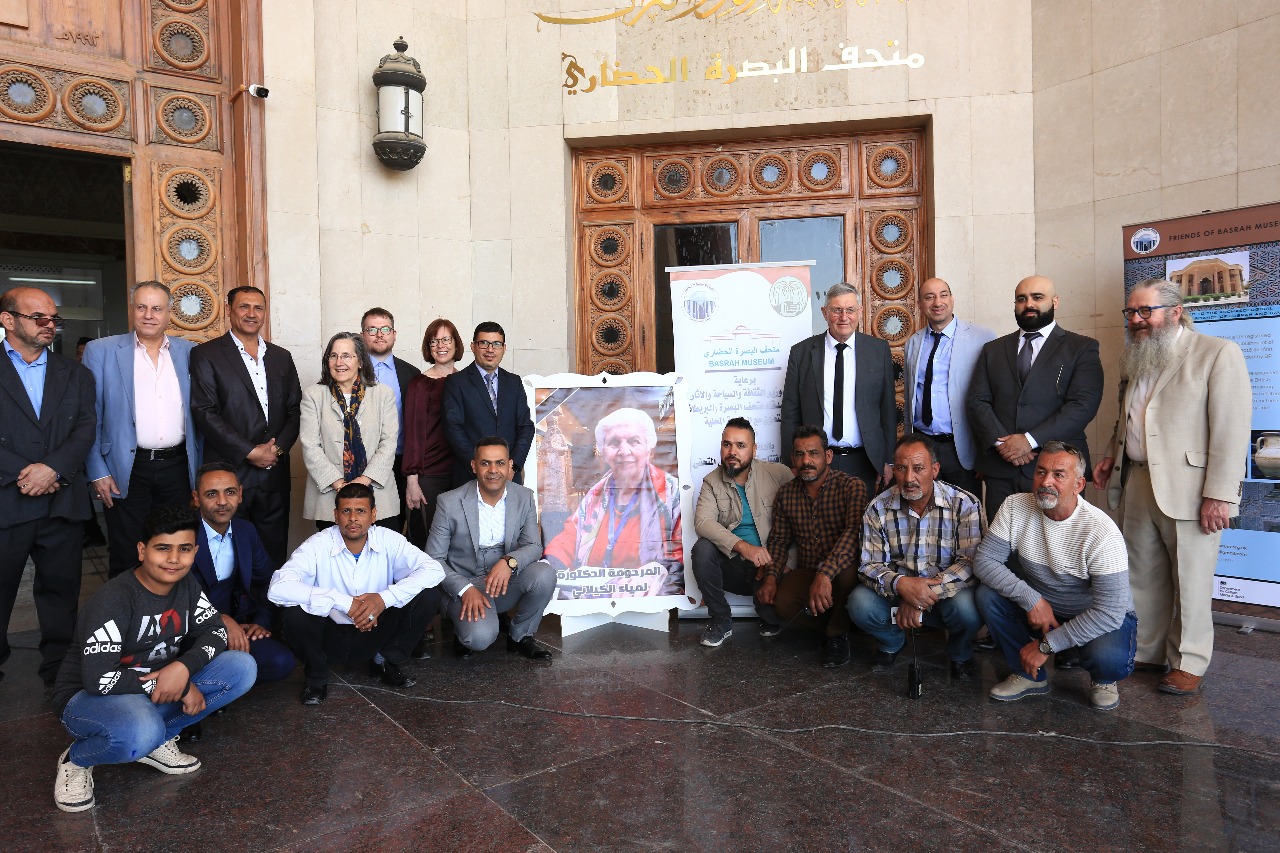 “Lamia was a huge support,” says Abeed. “She picked me up at the airport, showed me the city and how to use the Tube.” He was a quick study: within two months he knew the Tube line and spoke English well enough to present on the museum project at the British Museum. Sadly, Gailani died in January 2019, before she could see the new galleries open. But when Abeed spoke at the opening, he carried a large photograph of her, included in all group photos. “She was there in spirit,” he says.

It was in 2010 that Sir Terence Clark, a former British ambassador to Iraq, and a patron of British Institute for the Study of Iraq (BISI), together with a “small group of enthusiasts” that included Curtis and Collins, visited the palace.

“We went out to Basra,” recalls the 85-year-old diplomat and patron of the BISI, “to have a look at the so-called ‘lakeside palace’ to see if it might be suitable to house a museum of archaeology and history for southern Iraq.”

The group concluded that “it lent itself beautifully to a museum,’’ he recounts, “and we could see that it had possibilities of being turned into a series of galleries — dedicated to specific periods of Iraq’s history.”

The group returned to London and formed a fundraising committee, the Friends of the Basrah Museum. With donations from BP and other British companies working in Iraq, they managed to raise 380,000 pounds – “enough for us to make a start,” says Clark.

But then in 2011, funds promised by the Basra City Council failed to materialize due to the political crisis in Iraq. When elections took place in March 2010, there was a long delay in forming a government and the provinces had no budgets in the interval.

So, the Friends of the Basrah Museum decided to begin work on securing the building — making it waterproof and physically secure — hoping that other funds would arrive in time to complete the rest. British engineering firm HWH & Associates in conjunction with local construction company Bur Al-Aman were contracted to do the work.

But then, recalls Clark, the Basra Investment Commission moved into the building — and they couldn’t secure the facilities until the end of 2011, when work began in earnest. In 2015, the invasion of ISIS ushered in a new era of uncertainty, but it only encouraged those involved in the project to open the first gallery in 2016 as sign of their opposition to ISIS’s contempt for and destruction of Iraqi heritage.

“We wanted to open the gallery,” recalls Abeed, “as a message to the world.”

Indeed, the triumph of the Basrah Museum, which received further support from the British Council to complete educational and preservation areas, speaks to the incredible resilience of Iraqi culture in the midst of political upheaval.

Since its inaugural opening of a single gallery in 2016, the museum has continued to expand, quadrupling its display space. It now houses 1200 objects dating from 3000 BC to 550 BC, including 100 that were looted and found abroad. 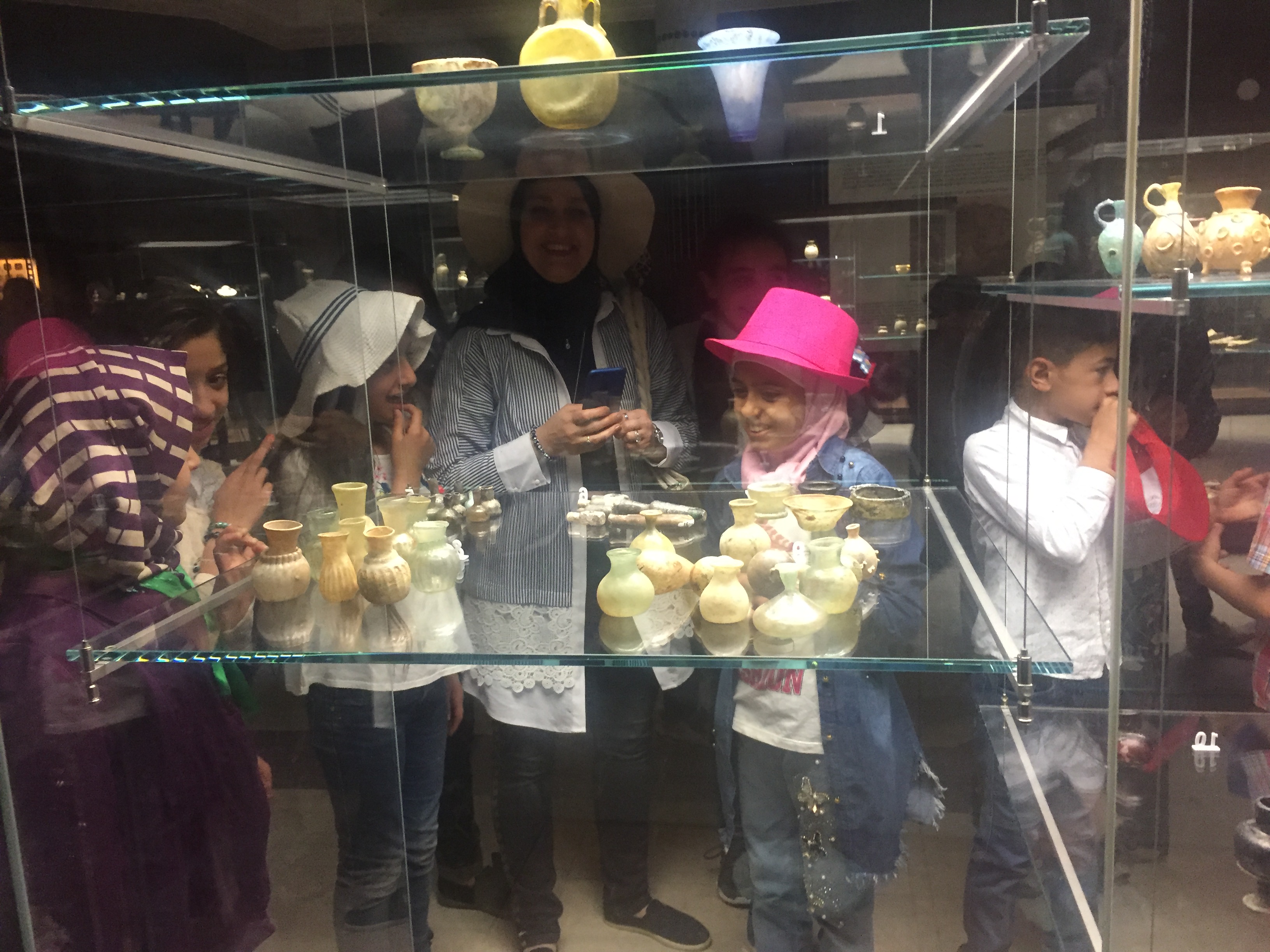 The development of the new museum has had a ripple effect as tourism in Iraq enjoys a renaissance. There is talk, says Clark, of turning the lush, green area around the former lakeside palace into a “cultural park” or even a future arts district, with many old Ottoman houses in the area also being converted into museums.

For Abeed, whose original vision has now become a reality, his greatest joy is that “a day after the opening, hundreds of school children came for a visit to witness their own cultural heritage.” He says with pride and emotion swelling in his voice, “It’s already huge on Facebook.”

Photos: Friends of the Basrah Museum