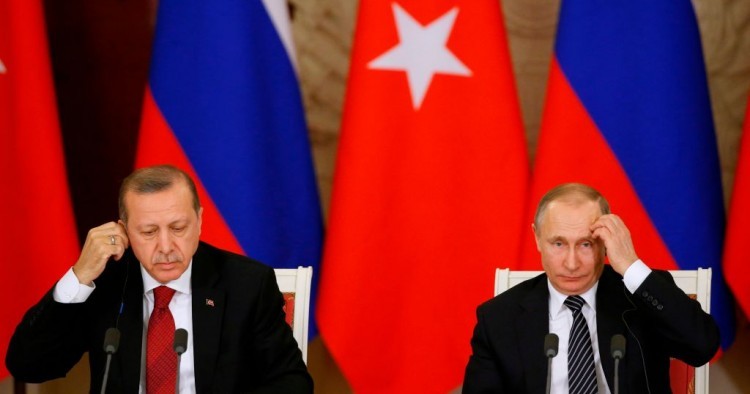 Throughout 2020, the geopolitics between the Middle East and its northern frontier have converged further. Russia, Turkey, and Iran not only compete for influence (as states and through non-state actors) in core countries of the Middle East and North Africa like Syria, Iraq, Libya, Egypt and beyond in the Gulf. They also happen to be the three former imperial powers in the Caucasus – the crucial link between the Black and Caspian Seas on the seam of Europe, the Middle East, and Central Asia. All three possess sprawling power ambitions underpinned by various interests, ideologies and imperial nostalgia, meaning even a minor move in one place can land any of them in tensions or conflict with another in a different area.

With the West focused inward and often trailing events in the region, Russia, Turkey and Iran continue to feel emboldened in their influence-seeking while simultaneously carefully managing their trilateral relations in sometimes uneasy limited partnerships.

Ekaterine Meiering-Mikadze explores these shifting dynamics in her report The tectonics of Middle Eastern geopolitics: Seismic signs in the Caucasus.