Top 10 Arab Movies of All Time at Cannes 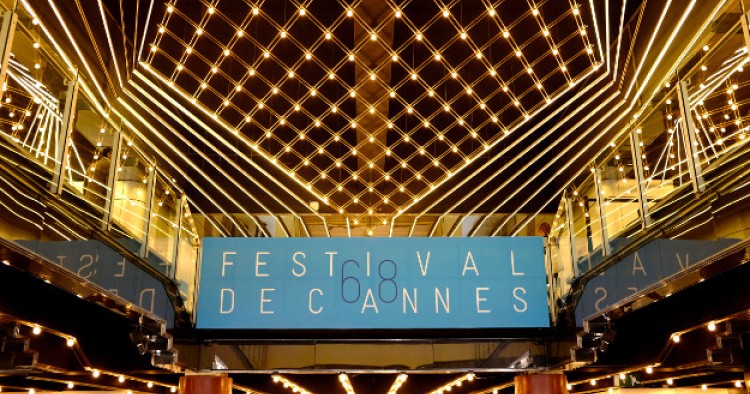 In their dissection of this year’s Festival de Cannes, analysts have noted the glaring absence of the most pertinent theme in present French debates: the relation of France to the Arab world following the Paris terror attacks last November. Cannes remains an exclusive club, restricted to the world’s most prominent filmmakers, the majority of whom are Cannes alumni—Ken Loach, Olivier Assayas, Pedro Almodóvar, Cristian Mungiu, and so forth. The various sidebars of the fest have made up for this omission, featuring ten pan-Arab films mostly by second-generation French Arabs.

Cannes is following the footsteps of the Berlinale in focusing on Arab stories, a gesture seen by observers as acknowledgment of the growing prominence of Arab cinema, which is finally coming of age. A deeper look at the history of the region’s frequent representation in Cannes, however, shows that from the earliest editions of the world's most prestigious film festival, Arab cinema had an indelible influence and weight. The following is a top ten list of the best Arab movies screened at Cannes, which range in themes, aesthetics, and narratives. It a startlingly diverse group of hidden masterpieces waiting to be discovered, which represent an entry point into a vast, rich and largely unclassifiable cinema.

The great Egyptian master of female-led melodramas made his sole Cannes appearance with this gut-wrenching, unflinching morality tale about an overpowered, shame-stricken peasant who gets raped and is consequently forced to hide her pregnancy from her condemnatory town folks. Led by Arab screen legend Faten Hamama in one of her most emotionally naked performances, Barakat’s boldest picture abandons his usual unfussy direction for a controlled, gothic-like mise-en-scène reflecting the oppressiveness of a merciless place with no hope. The Sin (or El Haram in Arabic) is that rare Egyptian drama that marries intense sentiment with high artistry and piercing social commentary.

The second Palme d’Or nominee by the founding father of Lebanese cinema is a coming of age story about an idealist young man who abandons his dream of becoming a pilot before he’s plunged into the corrupt culture of pre-civil war Lebanon. Nasser was the first non-Egyptian Arab director to be nominated for Cannes’ top prize, yet his works are now largely forgotten. Le Petit Étranger is arguably his finest work; a striking statement on the blindly ambitious Lebanon of the 1960s, and a subtle, introspective investigation into the Lebanese soul.

Moroccan documentarian Kilani made her leap to narrative filmmaking with this gritty, non-judgmental slice-of-life crime drama about two young factory girls who find themselves drawn into Casablanca’s underworld. Kilini’s use of unprofessional performers is one of various flourishes that deliberately blur the line between fiction and reality to paint an authentic, powerful portrait of a postmillennial Morocco struggling to find its place and identity in the new globalized world.

Veteran Tunisian director Bouzid put Tunisian cinema on the map with his hugely controversial debut about a young carpenter whose life and impending marriage are tainted by his molestation by his former boss. Sensitive, provocative and angry, Bouzid’s Un Certain Regard contender dismantled the centuries-old myth of Arab masculinity, producing a searing parable of Tunisia’s muddled sexual politics and breaking one of the biggest taboos in Arab culture.

6. Chronicles of the Years of Embers (1975). Dir: Mohammed Lakhdar-Hamina

Algerian stalwart Lakhdar-Hamina’s historical drama is the sole Arab film to win the Palme d’Or, beating the likes of Martin Scorsese, Werner Herzog and Michelangelo Antonioni with the first major homegrown production about the Algerian War of Independence. A Soviet proletarian piece of art disguised as a Hollywood epic, Lakhdar-Hamina’s most memorable work charts the reasons that forced Algerians into armed resistance via the parallel accounts of a humble peasant and a prophetic village madman. Viciously attacked by the French Right upon release, the film still stands as one of the most significant Arab cinematic achievements to date.

Ziad Doueiri West Beirut is possibly the best-known film about the Lebanese Civil War, but the late Bagdadi’s Jury Prize Winner is the more mature, complex of the two. Based on a true story about the kidnapping and torture of a French photographer by a Lebanese militia in Beirut, Out of Life is Baghadi’s conclusive testimonial on war and masculinity, the theme that defined his oeuvre. The director brilliantly captures the chaos and confusion of a country descending into madness as he questions the role of journalism in time of conflict. A quarter of a century after its release, Out of Life remains the quintessential document of a tragedy that continues to haunt the Lebanese psyche.

Tunisian editor-turned-director Tlatli took the art-house world by storm with this mysterious, understated story of a servant’s teenage daughter (megastar Hind Sabry in her screen debut) growing up in an aristocrat’s home at the end of French colonial rule in Tunisia. An affecting meditation on female subjugation, empowerment and sacrifice, Tlatli’s chef-d'oeuvre proved to be a monster hit, locally drawing 300,000 admissions, one of the biggest in Tunisia’s history. The film is now considered benchmark in Arab cinema, spawning endless copycats and cementing Tlatli’s reputation as the most influential female filmmaker in the region’s history.

Palestinian maverick Suleiman is the most original Arab filmmaker and Divine Intervention remains one of the most radical Arab movies to date. Conceived right after the Second Intifada in 2000, Suleiman’s Jury Prize Winner dispenses with narrative in favor of scrumptiously constructed interconnected tableaus where action and sound are meticulously synchronized to highlight the sheer absurdity of the Israeli-Palestinian conflict. Compared to his other works, the tone in here is fierce, the humor is sardonic, and the imagery is fantastical, wild and surreal. Few films have succeeded in capturing the real essence of occupation like this movie—a truly unique artwork of sheer intelligence, splendor and vigor.

The legendary Chahine, the Arab world’s most renowned film director, is mostly known for his 1958 masterpiece Cairo Station, but it’s this rural epic that ranks as his most beloved picture in the Arab world. Based on the 1953 Marxist novel by Abderrahman Charkawi, the late great Mahmoud el-Meliguy gives his greatest performance as a small-time farmer battling the brutish landowners for the access of water in a pre-1952 revolution Egypt. A powerful allegory about defiance and oppression particularly distinguished for its detailed depiction of the daily peasant life, The Land is also Chahine’s most beautifully photographed movie: a heartbreaking hymn to the love of the land that acted as a call for unity in the face of the 1967 defeat to Israel.

Kamal el-Sheikh is widely known as the Egyptian Hitchcock—a singular figure in Arab cinema whose movies are criminally unseen outside the region. His 1955 breathless thriller Life or Death—the first Egyptian film shot outside the studios—is his most celebrated work, making it to the Main Competition in Cannes, but it’s this pitch-perfect psychological mystery that is his enduring masterwork. Faten Hamama plays a middle-aged woman who wakes up one day to find herself 15 years older and married to her brother-in-law. The how and whys of how she got there unfold over the two-hour duration of the film to reveal a multi-layered study of war trauma, grief and loss. Conceived with astonishing command by a craftsman on top of his game, The Last Night is an example of the classical Egyptian cinema unfamiliar in the West—a deeply perceptive, enormously clever and massively entertaining studio picture that remains as timeless and transcending as ever.