Tunisia Tests the Waters of Democracy 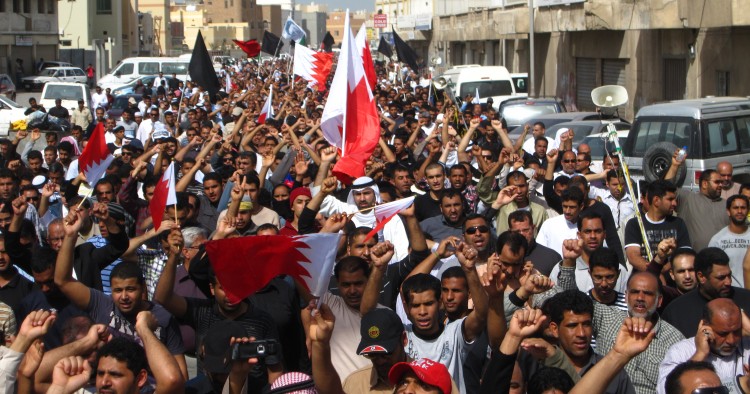 Ten months after a young fruit seller set himself alight in a small, marginalized town in central Tunisia, his compatriots will be voting in what many are hoping will be the country’s first free and fair elections. In the poll set for October 23, Tunisians will be electing a national constituent assembly that will be charged with writing the rules of the new political era. That assembly will spend up to a year writing a new constitution and deciding which form of government the country will have.

Many activists are calling for a parliamentary democracy — to prevent an all-powerful president from dominating the political sphere — and for mixed-member proportional representation. Some of the bigger parties, meanwhile, support a presidential regime.

In many respects, Tunisia is the ideal country to give democracy a “test run” in the region. The North African country has neither the geostrategic importance of Egypt, nor the enormous petroleum riches of Libya, and a population of just ten million people. The startling ease with which Tunisians forced Zine El-‘Abidine Ben ‘Ali from power is all the more stunning in light of the blood that has been spilled by their fellow protesters and rebels in much of the rest of North Africa and the Middle East in the months that followed.

The Tunisian uprising had been simmering in the center-west of the country since December 17, when a young fruit seller named Muhammad Bouazizi set himself on fire. The middle classes were following the protests on Facebook and satellite television, including Al-Jazeera, but it was only when Ben ‘Ali’s security forces began using live bullets in mid-January that Tunisia’s “silent majority” poured into the streets in a show of solidarity. The first massive protest on Avenue Habib Bourguiba took place on January 13 and the very next day Ben ‘Ali fled the country. At least 219 Tunisian protesters were killed by security forces in the interim, according to a United Nations task force.[1] In hindsight, Tunisians were lucky. Most other governments in the region faced with uprisings of their own appear to have learned from the example of Tunisia that they must be more brutal and repressive, rather than less. Tunisia and Egypt remain the exceptions of the Arab Spring, given the relative lack of lives lost, as well as the simple fact that they were successful in forcing their leaders to step down without armed intervention from the outside world.

Whether the Tunisian uprising will result in a genuine revolution, ushering in an era of sustained and profound democracy, depends on the success of the vote in October and the effectiveness of the political change that many are hoping will follow.

The uprising was a leaderless, grassroots one, so none of the opposition parties can claim a monopoly on its fruits. The freshly-tilled democratic terrain is ready to be sown. What grows there depends not only on the new leadership, but also on ordinary Tunisians’ ability and desire to remain engaged and vigilant in the new political era. Civil society and media freedom had not been part of the equation under decades of rule by both Ben ‘Ali and Habib Bourguiba, his predecessor.

Safeguarding the blossoming democracy will be no small challenge in a country where there is no recent history of democracy, all the more so given the speed at which the transition is taking place and the power vacuum surrounding it. Since January, a series of rolling protests, many in the Kasbah of Tunis, has continued to call for a thorough purge of the former regime, warning that allowing remnants of the political elite to linger could lead to a counterrevolution. Others have criticized the protesters for undermining the country’s stability.

The protesters have played a major part in the transitional process. It was their demonstrations against Mohamed Ghannouchi, who held onto his role of prime minister even after most other members of Ben ‘Ali’s government were long gone, that finally forced him out in late February.

In the build-up to the vote, activists are scouring election lists to ensure that none of the candidates were senior members of Ben ‘Ali’s Constitutional Democratic Rally, or RCD, to enforce a rule banning them from running for election. Security forces and the judiciary have not yet been reformed, and human rights activists assert that torture and incommunicado detention are still being practiced. Amnesty International, the UK-based rights organization, issued a call for these issues to be tackled as a vital part of the transition process. “Nine months after former President Ben ‘Ali fled, many Tunisians still have little confidence in the authorities to deliver them justice, dignity and institutions they can trust,” Hassiba Hadj Sahraoui, Amnesty International’s Deputy Director for MENA, said in late September.

There are 111 political parties participating in the election; the overwhelming majority of them were created since March. As the elections draw closer, half of the smaller parties have formed coalitions. Opinion poll after opinion poll has shown that Tunisians have never heard of most of the parties and politicians. More than half of voters remain undecided. This is hardly surprising in a country where the president was the only politician to have a public profile. Tunisians have had just a few short months to learn what democracy means.

Al-Nahda, the pro-democracy Islamist party led by Rachid Ghannouchi, is expected to win around 20% of the vote, ahead of any other major party. Other frontrunners include the Progressive Democratic Party (PDP) and the center-left Ettakatol. The Tunisian Communist Workers’ Party (POCT), a Marxist Communist party whose leader Hamma Hammami was imprisoned several times under Ben ‘Ali, enjoys support amongst activists and students. Stepping up to fill the void left on the center-right by the banning of the RCD is the AFEK TOUNES party, which courts educated professionals. The Free Patriotic Union (UPL), a new party founded by oil tycoon Slim Riahi, has quickly become a lightning rod for controversy.

Tunisian women currently enjoy more political, social, and economic rights than in any other country in North Africa or the Middle East. This has been the case ever since the country’s first year of independence in 1956, when Bourguiba introduced the incredibly progressive “Personal Status Code” (CSP by its French acronym). Women were given the right to vote and to be elected to parliament, to earn equal wages to men and to divorce. Polygamy was outlawed and a woman’s consent became a requirement for marriage. Then came the legalization of abortion in 1961, at a time when it was still a taboo topic in many European countries, including France.

With political Islamist movements, notably al-Nahda, part of the democratic terrain, there are fears that rising religious conservatism could threaten many of these rights. The former regime used its selective support for women’s rights to garner credibility in the West, even as it routinely abused human rights. Tunisian feminists say they fear this hypocrisy could lead to a serious backlash in the new era. Tunisia’s former first lady, Layla Ben ‘Ali, was Acting President of the Arab Women Organization, advocating women’s rights at an international level even as her husband’s government silenced community activists such as the Tunisian Association of Democratic Women. Now women’s rights activists are ironically struggling to distance the values they uphold from the former regime’s political rhetoric and the association with moral and economic corruption.

The National Council for the Protection of the Revolution, a body created to help oversee the transition process, made gender parity an obligation for electoral lists in April. This step, aimed at addressing the perceived risks that women could be sidelined in the fledgling democracy, dictates that 50% of candidates fielded by every party must be female. The lists must alternate between genders (man-woman-man or woman-man-woman), putting Tunisia ahead of not only the Arab world, but also most other countries with respect to women’s representation in politics. Some parties have gone even further to emphasis their support for women’s rights. The Democratic Modernist Coalition (PDM by its French acronym), a coalition of center-left, secular parties, has put women at the head of 16 out of its 33 lists, and is pushing for the country’s inheritance law to be changed to allow women the same inheritance rights as men.

The majority of Tunisians have no problem voting for a list with a woman in first place, according to a study carried out by the Tunisian Observatory for Democratic Transition in late September 2011. Some 71% would be willing to vote for a list topped by a woman, while 21% would not do so. Tunisians under the age of 35 are less willing to vote for a list topped by a woman than their older compatriots. Judging by the rate of voter registration, Tunisian women are not engaging with the political process. Only 20% of women have registered to vote in the voluntary registration that took place in July and August. Registration numbers have been particularly low amongst older women. The Ministry of Women’s Affairs is trying to address the apparent apathy among women voters in the weeks ahead of the vote, launching a media campaign, scheduled to run October 1–20, that urges women to get involved and have their voices heard in political life.

Unlike many of the other countries in the MENA region, there are few ethnic or tribal divisions in Tunisia. But the fault line between those who advocate for a secular state and those who want an Islamic form of governance is fast becoming one of the deepest divisions in post-uprising Tunisia.

Another serious issue that is arguably one of the fundamental causes for the uprising is regional inequalities. Ever since Tunisians won independence from France, the country’s politics have been dominated by elites from the coastal region. Seaside cities and towns like Tunis, Sfax, and Monastir have received the bulk of government and private investment. In the center of the country, towns like Kasserine, Sidi Bouzid, and, to the south, Gafsa, lack basic infrastructure. Educational and employment opportunities are far fewer than those on the coast.

It is no coincidence that these communities, suffering years of neglect and despotic rule by local bureaucrats, led the revolt in December. When Al-Jazeera visited these towns in the weeks after Ben ‘Ali’s departure, people interviewed were already suspicious that their uprising was being hijacked by political elites and that changes in Tunis would not necessarily lead to any greater political voice in the new era. In the months that have followed, strikes and sporadic outbreaks of violence have continued in this forgotten Tunisia. Government services have slowed to a halt in many cases. The country’s overall unemployment rate has jumped to 19% this year, compared to 14% in 2010. The lack of economic opportunity affects Tunisians across the country, but it is much more significant in the central region. As long as this underclass exists, the social injustices that triggered the first wave of protests risk festering and remaining a source of unrest. It will be a major challenge for any new government to address the economic and political reforms needed for a more inclusive regime.

The Schism of Jihadism in the Sahel: How Al-Qaeda and the Islamic State are Battling for Legitimacy in the Sahelian Context

The lessons of history: The PJD and the history of partisan politics in Morocco

Online and Traditional Forms of Protest Mobilization: Morocco’s Rif Protests and Beyond