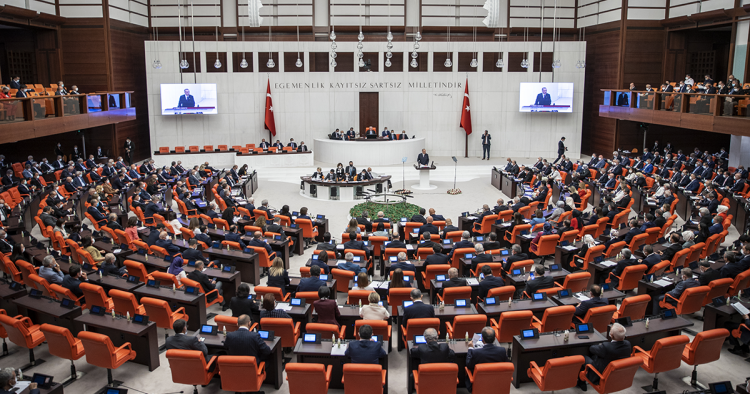 The Paris Agreement is a legally binding international treaty on climate change that differs from the Kyoto Protocol. While the latter was only focused on the role of developed countries toward their emissions reduction plans and targets, the Paris Agreement required all countries, both developed and developing, to tackle climate change and reduce their greenhouse gas emissions. The Paris Agreement was adopted by 196 parties in 2015 and officially entered into force in 2016. The goal of the agreement is to reduce global temperature increase to below 2 degrees Celsius (and preferably 1.5 degrees). It works on a five-year cycle of increasingly ambitious climate actions, and by 2024, countries must report transparently on the actions to be taken.

Turkey, like many countries worldwide, has recently faced severe environmental events. Suffering from floods and the worst wildfires in its history in the summer of 2021, the country finally took an important step to tackle climate change.

Although Turkey signed the Paris Agreement in 2016, it held back from ratifying it for five years. It finally did so on Oct. 6, 2021, when 353 members of the Turkish parliament voted unanimously in favor, making it the last G20 country to ratify the agreement, just a few weeks before the beginning of the 2021 U.N. Climate Change Conference (COP26). Turkey has also set a net-zero carbon target by 2053.

According to a September 2021 report published by the World Resources Institute, the G20 countries account for around 75% of global greenhouse gas emissions. This means that the role of the G20 group is essential to reduce global temperature increases to under 2 degrees Celsius by enhancing their ambitious goals toward mitigating climate change.

Turkey’s classification and its ramifications

The main reason that Turkey held off on ratifying the agreement was Ankara’s belief that Turkey should not be considered a “developed” country under the Paris Agreement rules — with all of the additional obligations that entails — as this would only put more pressure and a greater burden on its already struggling economy.

According to the U.N. Framework Convention on Climate Change, Turkey is categorized as an Annex I party, meaning it is considered one of the world’s industrialized countries. In other words, Turkey must put more effort into addressing climate change and also ramp up financial support for developing countries to help reduce their emissions.

However, Turkey only chose to ratify the agreement as a developing country, despite falling under Annex I according to the convention grouping, which is for industrialized countries that were members of the Organization for Economic Co-operation and Development (OECD) in 1992. One could argue that the ratification decision and its timing are merely aimed at benefitting from financial aid, particularly since aid is provided based on the status of the ratifying country. Thus, classification as a developing country would allow Turkey to have fewer responsibilities when it comes to strengthening its 2030 and mid-century emissions reduction targets. It would also give Turkey more time and a slower path in reducing emissions. This, in turn, could also indicate that Turkey’s 2053 net-zero goal is unrealistic.

Speaking about Turkey’s ratification as a developing country, Ümit Şahin, the climate change studies coordinator at Istanbul Policy Centre, noted, “The Paris Agreement did not allow for any such conditions to be imposed on it. That means the statement is essentially symbolic.”

Turkey’s carbon emissions have increased over the last decade, with economic growth averaging 6.41% from 2010-18. The Turkish economy remains heavily dependent on fossil fuels, especially imported oil and gas. According to the International Energy Agency, most of Turkey’s total energy supply by source comes from coal, natural gas, and oil, with less dependence on renewables.

Turkey produced 369.5 million metric tons of carbon dioxide (MtCO2) emissions in 2020. This was a year-on-year reduction of 4.1% and the third consecutive year that emissions in Turkey fell, having peaked at 397.1 MtCO2 in 2017.

According to the 2021 regional outlook from the OECD, many regions in western Turkey are largely dependent on coal for their electricity generation. Turkish coal production averaged 59.17 million tons from 1981 to 2020. With the Paris Agreement, OECD member states, including Turkey, must phase out coal by 2030 and shut coal-fired power plants completely by 2040. The lifespan of a coal power plant is 40 years, so this could possibly result in significant financial risks and economic losses for Turkey, especially given that Turkey is still building new capacity, including a massive $1.7 billion Chinese coal power plant at Emba Hunutlu.

Although Turkey’s ratification of the Paris Agreement was welcomed by many entities and parties, Ankara must ramp up its adaptation efforts and implement green energy and industrial policies to further reduce its emissions. Adding to this, Turkey must realize its responsibilities as a G20 country, including to provide greater support to developing countries on their green energy transition, especially the private sector through cooperation and development projects. It must also reduce its dependence on fossil fuels and increase its investment in clean energy sources.