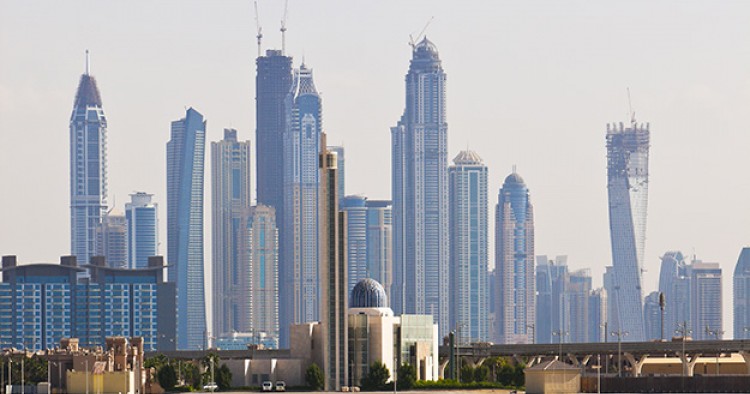 A recent Ipsos poll asked citizens of the world’s 17 countries that give the most foreign aid their opinion regarding this assistance. The UAE, a small state, has for some time used its petroleum wealth to exert large-state influence in multiple arenas. Its generous foreign aid program is part of that effort. Just as important, the UAE government has worked to gain the buy-in of its citizens to support this policy, and the poll numbers indicate that the government indeed enjoys significant support from the more educated elements of its citizenry regarding foreign aid.

The positive humanitarian aspects of the aid aside, this policy has given political and economic influence to the UAE that it otherwise might not wield. At 4 percent of its national budget, the UAE’s contributions to foreign aid on a percentage basis outstrip all of the other countries in the survey. By comparison, Sweden gives just under 2 percent of its budget, and the United States less than 1 percent.

Responses to the Ipsos poll are based in the three most prominent emirates—Abu Dhabi, Dubai, and Sharjah—and come from a sampling of 197 respondents; this compares to a sampling in the other countries of between 500 and 1,000. The location and number of respondents may somewhat skew the results, and the poll is likely representative of the better-educated, urbanized, and more affluent levels of society. Yet some general conclusions can be drawn.[1]

The Emirati government has sold the idea of aid as a “good thing” to its educated elites. This fact is reflected consistently in the polling. Of the respondents, 92 percent believe that foreign aid is beneficial to the global economy, and 89 percent believe that it prevents conflict. Very high percentages believe that global initiatives for development, such as programs for ending poverty, preventing environmental degradation, improving health care, reaching gender equality, and spreading education, improve global stability and lessen the likelihood of conflict. This fits well with the government’s program of direct foreign aid. 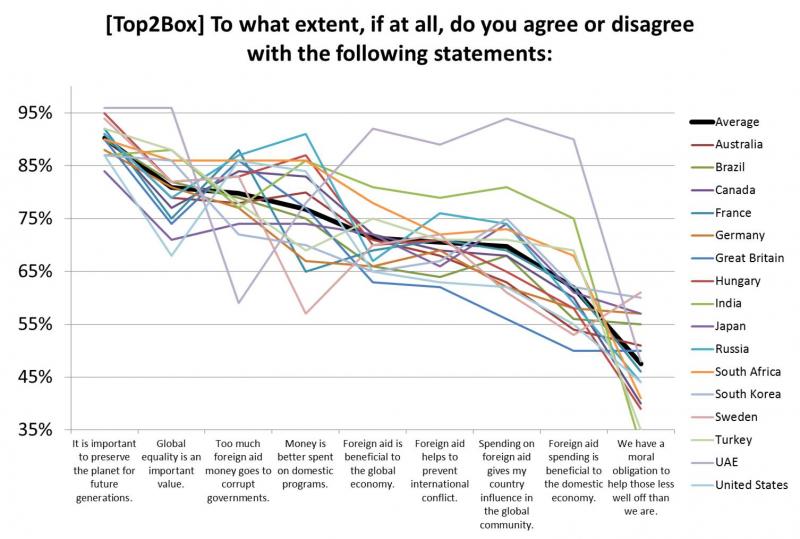 The UAE numbers tend to be significantly higher in many areas than the other countries in the survey, whose views of the value of foreign aid have been colored by the frustrations that come with 50 to 70 years of aid programs that have failed, and by the fact that more complex societies and economies are more subject to the winds of fortune compared to a small state with a commodity-based economy. As an example, by a wide margin UAE respondents do not see corruption as a major issue with aid, whereas most of the other countries’ respondents see it as a major problem—no doubt a concern generated by experience.

The UAE respondents are more similar to those of the other countries on the topic of reducing inequality with other countries. Those in the UAE are somewhat conflicted by the idea that the UAE “has a moral obligation” to help those less well off; those that react positively to that statement fall below 50 percent. This is perhaps an outcome of the fact that less geologically fortunate Arab regimes have long argued that the petroleum resources of the region belong to all the Arabs, a point on which the UAE government and supporting elites would understandably disagree.

The responses also indicate an admirable level of idealism but perhaps a somewhat limited grasp of the ability of the UAE to allocate funds for foreign aid; approximately 55 percent of the respondents believe that aid levels should be more than 20 percent of the national budget. Given the commitments of the Emirati government and the direction of oil prices, such a figure would likely be unsustainable. A general lack of knowledge about budgetary issues and foreign aid is typical of all the responding countries—most respondents think that their governments spend more than they in fact do—therefore, the UAE responses represent an anomaly only in that the segment of the population surveyed believes that aid levels should be higher.

Q1. What percentage of your country's national budget do you think is currently spent on foreign aid (not including any military spending)? 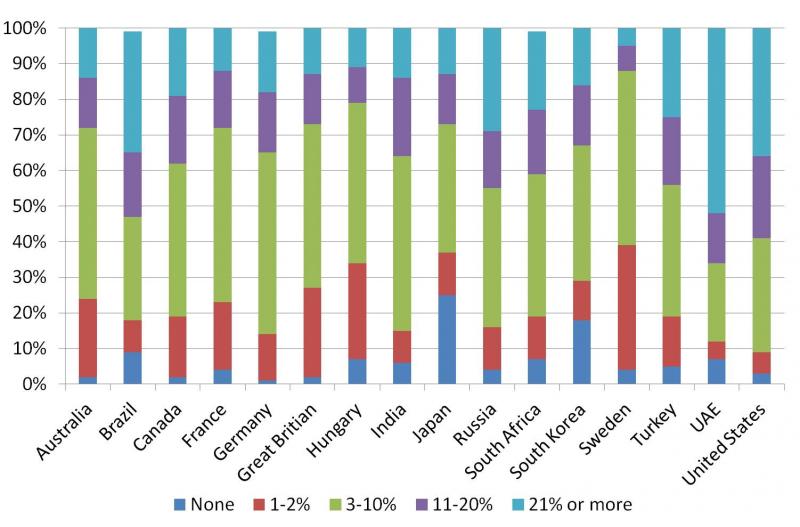 In conclusion, the survey indicates broad support of the government’s programs for foreign aid, and it reflects well on the government’s ability to convince certain groups among the educated to support its policies and its determination to use its wealth to become a first contributor to global stability. However, a broader respondent group that includes representation from the other four emirates might be interesting, as polling citizens from more conservative areas in the smaller, less urbanized emirates might show a more nuanced view of the subject.

[1] Ninety percent of those polled have a high school certificate or the equivalent, and 50 percent have at least some university education. Half are men and half are women. Almost half are under the age of 30. The income statistics do not discern between earned income from salary or business and other forms of income based on government assistance or subsidies for families.

Mohammed bin Salman and the campaign to counter extremism