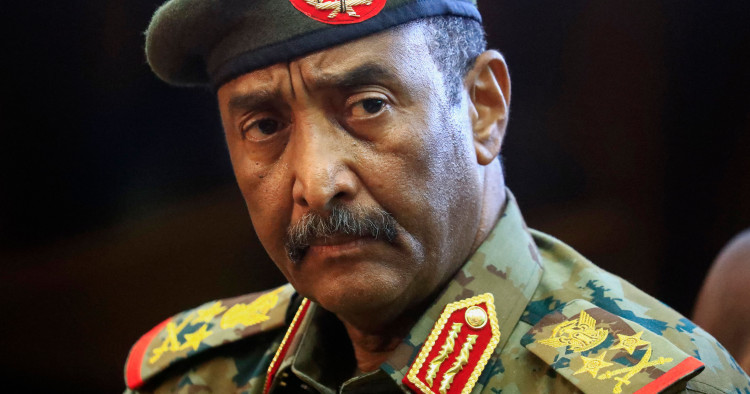 Sudan is geostrategically important to U.S. interests in both Africa and the Middle East. The country’s military rulers, Lt.-Gen. Abdel Fattah al-Burhan and his deputy Lt.-Gen. Mohamed Hamdan Dagalo (also known as “Hemedti”), are banking on that fact as they seek to press the Biden administration to focus its Sudan policy on stability, rather than supporting calls for democracy.

U.S. policy toward Sudan has evolved over the past 25 years. Starting in the 1990s, the Clinton administration followed a policy of regime change, attempting to undermine the National Islamic Front (NIF) regime — the forerunner of former President Omar al-Bashir’s regime — by supporting the domestic Sudanese opposition and including Khartoum on the list of State Sponsors of Terrorism (SST). Following the failure of this policy, the U.S. subsequently shifted its focus to working with the Bashir regime to ensure stability, rather than promote democracy. Both the Bush and Obama administrations pursued a working relationship with Bashir; in return, Sudan duly adhered to its commitments in the peace deals in both Darfur and what is now known as South Sudan, and maintained counter-terrorism cooperation with the CIA.

This focus on stability and counter-terrorism, while continuing to apply sanctions, was a result of the demands of the global war on terror. In exchange for the hoped-for normalization of U.S.-Sudan ties, the Bashir regime in 2001 offered to share intelligence it had on the various Islamist groups training in the country. As part of a multi-step process, the Bush administration focused on engagement with Khartoum by committing to normalize relations, in return for the regime committing to the Comprehensive Peace Agreement of 2005, which brought to an end two decades of conflict with the Sudan People’s Liberation Movement, and continuing counter-terrorism operations.

The normalization was, however, hampered by the Darfur conflict and genocide, which provoked significant lobbying on the part of the White House. The Obama administration promised to hold the Bashir regime accountable for the conflict in Darfur. It did not remove Sudan from the SST and renewed sanctions on Khartoum every year, despite continued counter-terrorism cooperation. The administration eased the sanctions in its last year in office, to maintain Sudan’s counter-terrorism commitments. The sanctions were finally removed by the Trump administration as a result of Gulf lobbying in 2017, even though Sudan remained on the SST.

Both Burhan and Hemedti have worked to encourage the U.S. to continue its counter-terrorism cooperation with Sudan. Their aim is to convince the U.S. to drop its support for popular calls for democracy and accept their autocratic military rule. They also wish to be seen as agents of stability in the Middle East and East Africa and leaders who can guarantee U.S. interests in these regions.

These goals encouraged Burhan and Hemedti to send high-level military envoys to Israel before carrying out their military coup on Oct. 25, 2021. On the security front, the aim of these meetings was to establish joint intelligence and security relations. It was agreed that the Sudan office of Hamas, identified by both Israel and the U.S. as a terrorist organization, would be closed. Politically, the meetings were part of the military’s effort to get Israel to lobby the U.S. to accept the upcoming coup in Sudan. The Sudanese military has deepened its security relations with Israel in the hope that Israel will press Washington to restart its financial assistance to Khartoum, worth $850 million, and for the international community to reinstate its forgiveness of Sudan’s $60 billion debt.

These plans are connected to the Biden administration’s strategic linking of Africa and the Middle East, evident in its nomination of John Godfrey as ambassador to Sudan in 2022. Godfrey has had several postings across Africa and the Middle East, and has served as deputy coordinator for counter-terrorism in the State Department. The Biden administration has also stepped up U.S. involvement in East Africa to protect its interests and allies from al-Shabaab, deploying 450 soldiers into Somalia following a spike in al-Shabaab attacks, which rose 17% in 2021 and were projected to rise by 71% this year. The possibility of an al-Shabaab attack on the U.S. Red Sea base in Djibouti and the expansion of its activities into Ethiopia have further encouraged the U.S. deployments in East Africa.

Burhan and Hemedti have also used the potential establishment of a Russian naval base in Port Sudan, in eastern Sudan’s Red Sea coast, as another means of pressuring the U.S. to acquiesce in backing their rule, rather than supporting democracy. During the civil-military partnership in 2021, the Sudanese military hedged between the U.S. and Russia on this question. Sudan has had an expansive relationship with Russia for years; during the former Bashir regime, the Sudanese Armed Forces (SAF) acquired $1 billion of weaponry from Moscow. This has been a cause for concern for the U.S., prompting U.S. African Command to send the USS Winston Churchill battleship to the Red Sea and its diplomatic and military envoys to hold direct talks with SAF officers. After the coup, the Sudanese military continued hedging in an effort to get the Biden administration to accept military rule, which is, in effect, an extension of the previous Islamist regime.

The divisions between Burhan and Hemedti have come into play here as well. Hemedti, who visited Russia on the eve of its invasion of Ukraine, has welcomed Moscow’s bid to build a naval base in Sudan. The Russian private security company Wagner Group has been operating in Sudan with the support of Hemedti’s paramilitary Rapid Support Forces (RSF), extracting minerals for export back home; it is also believed that Wagner is supporting and training the RSF to spread disinformation on social media to counter calls for democracy. The rivalry between Burhan and Hemedti has resulted in Burhan issuing a decree putting Port Sudan under the authority of the minister of defense, signaling to both the U.S. and Russia that the fate of the port is in the hands of the SAF and him alone.

The security of navigation of the Red Sea is of prime importance for the U.S., as it links Africa and the Middle East. The Biden administration’s recently released National Security Strategy emphasizes its commitment to prevent foreign or regional powers jeopardizing freedom of movement through the Bab al-Mandab, the waterway linking the Red Sea to the Gulf of Aden and the Indian Ocean. This explains U.S. Ambassador Godfrey’s warning to Sudan against allowing Russia to build a naval base in Port Sudan. At the same time, the Biden administration’s interest in deepening Arab-Israeli ties via the Abraham Accords further heightens the importance of Red Sea security. These goals leave the U.S. open to accommodating Sudanese military rule, provided that Khartoum does not allow Moscow to build a naval base.

Another source of concern for the Biden administration is Sudan’s part in China’s Belt and Road Initiative. Sudan and China have deep economic ties in various fields, including agriculture, energy, and mining. Sudan’s exports to China in 2020 reached $766 million, accounting for 19% of its total exports and making China its second-largest trading partner. The strength of bilateral relations explains China’s veto of U.N. Security Council resolutions against Burhan and Hemedti’s coup. China’s regional role is furthered by other countries in Africa, including Egypt, which see it as an alternative to the U.S. or pursue a hedging strategy between the two to maximize their own interests. This allows China to carve out a sphere in the region and challenge U.S. influence.

Burhan and Hemedti have also been working to persuade Ethiopia to cooperate on the Grand Ethiopian Renaissance Dam (GERD). The geopolitical and geostrategic significance of Egypt, which sees the GERD as a threat to its own water security, has encouraged the military leaders in Sudan, especially Burhan, to coordinate with Egypt to force Ethiopia to sign a legally binding agreement on the dam. Egypt supports and trusts Burhan to help it regarding the GERD because it sees the SAF as the only institution capable and cohesive enough to maintain Sudan’s stability and security.

For U.S. administrations, Egypt has always had a geopolitical and geostrategic role in its Middle East and Red Sea policies. Hence, to pressure Ethiopia over its decision to start filling the GERD’s reservoir before reaching a binding agreement with Sudan and especially Egypt, the Trump administration paused $100 million in aid to Ethiopia in August 2020. The Biden administration has pursued greater engagement with Ethiopia, including the resumption of aid, and has stated that it is working to identify a win-win solution for all three countries when it comes to the use of the Nile’s waters, as the U.S. wants to steer Egypt away from a closer relationship with Russia.

With the Biden administration prioritizing continuing U.S. counter-terrorism policies in Africa and the Middle East, striving for security in the Red Sea, and countering the influence of Russia and China in both regions, the Sudanese military has focused on pushing Washington to drop any support for democracy in the country. Yet the Biden administration has tried to pursue both stability and democracy at the same time, calling for a new civil-military partnership. It remains to be seen if that policy will survive, should the Sudanese civilian opposition unite and force the military to hand over power to full civilian transitional rule.

Jihad Mashamoun is a Sudanese researcher and a political analyst on Sudanese affairs. Holder of a doctoral degree in Middle East Politics from the Institute of Arab and Islamic Studies, University of Exeter, he has authored and co-authored numerous articles on the recent Sudanese uprisings and Sudanese affairs, and has provided interviews on Sudan for radio, print, and television news channels. Follow him on Twitter @ComradeJihad.

How has the Ukraine war affected Russia's ties with Libya and Sudan?