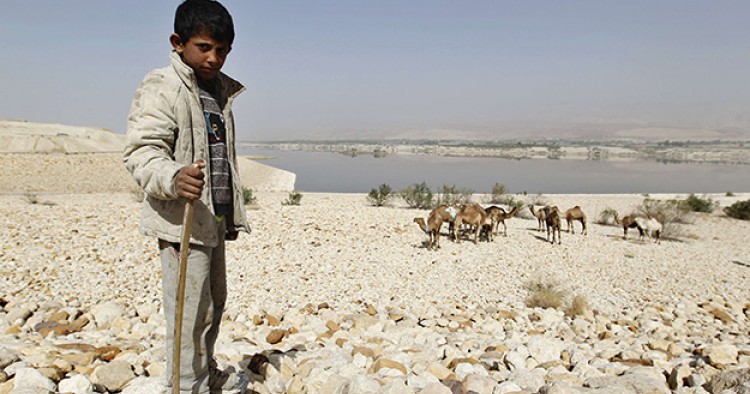 Wars in MENA are causing irreparable damage to water security and resilience to climate change in some of the region's countries and to their viability. The continuation of this dangerous state could ultimately reinforce even deeper instability in MENA.

Authoritative studies on the state of Arab environments and climate change published two years before the 2011 uprisings found “… no work…carried out to make the Arab countries prepared for climate change...” While changes in this situation have occurred since, they have been extremely uneven due to differences in economic wealth and stability levels across MENA countries. In some, exposure to climate change has become worse. Although the delay in climate change adaptation and resilience-building in MENA cannot be blamed on one factor, a major distinct theme that has undermined preparation for global climate change challenges is the chronic state of heavy conflict in the region. MENA’s vulnerability to climate change impacts will grow deeper still unless this destructive state is reversed.

Aside from causing wide-scale overt destruction, warfare is an insidious instrument of diversion of resources, including time. The human and physical tolls of warfare are visible immediately, but its secondary effects emerge and come into view only later—when it becomes possible to look back and take stock of what has happened or not (economically, environmentally, scientifically, and so forth), and what all that means for the present and future.

We get hints about negative consequences for countries’ capacity to surmount climate change challenges from defense spending budgets: they point to what is left for non-military needs. During the 1990s, for example, MENA’s total G.D.P. was about 3.3 percent of the world’s. Yet the region spent far more of its resources on defense than the world as a whole did: 6-13 percent of G.D.P. annually, compared to 2-3 percent globally. MENA’s annual military spending also claimed much larger shares of central government expenditures than global spending did: 13-20 percent compared to 10-14 percent. This time sample covers an important period in which military threats in the region were supposedly reduced.

Protracted conflicts’ predominance in MENA has produced one of the most focused lenses of inquiry from which the region has been perceived, studied, and characterized. This has resulted in lost regional development opportunities, as it has occurred during a pivotal time for global economic development, and while climate change science and policy experienced significant maturity. MENA’s present degree of vulnerability to climate change is consequently in part a function of the systemic way in which attention and scarce resources have been diverted from socioeconomic development processes due to warfare and instability. This vulnerability is also a function of how warfare has allowed non-militarized, yet detrimental, transboundary freshwater disputes to remain unresolved.

The de-prioritization of climate change concerns in MENA therefore was not entirely a deliberate choice. A different course of action on climate change-related policy in the region would have depended in part on a different course of geopolitical events unfolding there—one that would have created a wider space for and a stronger focus on development. This would have necessitated resolute global and regional action to undermine catalysts for warfare in MENA: international and regional powers would have actually had to work together for the sake of peace and security. Unfortunately, this lesson has not yet been learned.

As military conflicts rage on in four MENA countries, their water resources are being placed under unconscionable stress from destruction, pollution, and lack of maintenance of supply sources and infrastructure. In some places, warfare has rubbed salt into the wounds that have resulted from deliberate, and internationally ignored, hegemonic transgressions on water rights in transboundary water systems, and is accelerating the rise in water scarcity due to climatic changes.

For example, in the early 1990s, Turkey’s commencement of its Southern Anatolia Project (known as GAP)—designed to include 22 dams to impound the Euphrates-Tigris river system’s water largely for irrigation—started a long-term development that would pull the water from under the agricultural fields of Syria and Iraq that have relied on this river system for millennia. Early estimates put the two countries’ water losses due to GAP at 30-40 percent and 60-80 percent of their supplies respectively from the Euphrates, and 66 percent and 47 percent respectively from the Tigris. Turkey was found to have developed GAP in a manner that violated international norms and conventions, and agreements with its co-riparians. In 2002, GAP’s operational dams were found to have already significantly reduced the river system’s downstream flow and harmed agriculture in Syria and Iraq. Undermining agrarian livelihoods and economic security on a mass scale in agriculture-based societies fuels crises because food, incomes, employment, exports, imports, inflation rates, and more directly and indirectly depend on that sector.

While upstream diversion activities have proceeded, both MENA countries have been under severe socioeconomic and water stress. For example, in Syria where major droughts (five out of six during 1900-2005) had historically lasted only one season, such droughts not only persisted during 2005-2011, but also became multi-seasonal. The economic strains became enormous due to wide scale agricultural output and financial losses, unemployment, poverty, and food insecurity. The convergence of these events with the influx of 1.5 million villagers into cities suffering from congestion and debilitated public services made seething public grievances boil over. By early 2011, Turkey’s upstream river diversions had not halted and their harmful downstream impacts had not been mitigated.

The international power struggle in Syria has persisted for six years, mindless of the toll on the freshwater resource foundation. Global climate changes’ impacts on Syria’s present and future while war-induced de-development continues have clearly not been factored into this war, either. And war’s continuation obstructs any possibility that upstream transboundary freshwater violations would end.

The failure to end the current wars in the Middle East also has serious ramifications on a regional level. Without attention and resources being fully directed to urgent development needs of countries currently plagued by violence, water and land resource degradation and human insecurity will further deepen. Climate change is amplifying the real threat of water scarcity, and deepening the vicious cycle of conflict. We should not be complacent about the potential regional spill-over effects of such a destabilizing state.

Responding to Natural Disasters in the MENA Region and Asia: Rising to the Challenge?

India and the Middle East: Common Areas of Action on the Sendai Framework