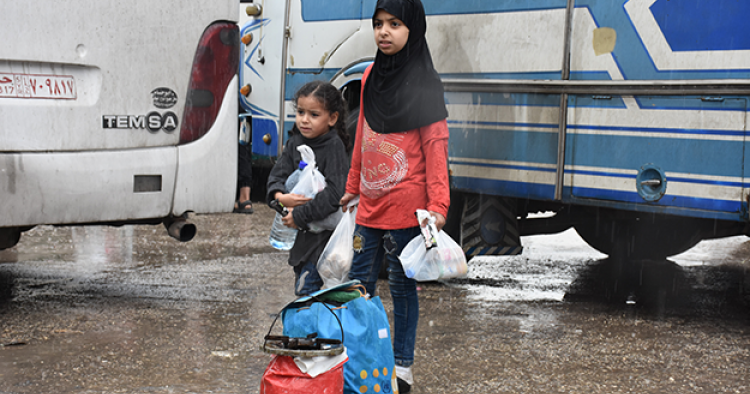 Read the full article on The American Conservative.

The bombs continue to fall over Syria to the consternation of all concerned. Syrian president Bashar al-Assad warns of a conflict on Syrian soil that will embroil Israel, Iran, and Russia. “Things,” he says, “could spin out of control.”

The escalating violence between Iran and Israel in recent days is clear evidence of a new post-“Assad must go” phase in Syria’s ongoing misery.

One might have thought that after losing the war for regime change in Syria, Washington would undertake a soul-searching review of the spurious assumptions and myriad other problems that produced the ongoing debacle. One might have thought they would at least try to work out a post-war policy for Syria that puts right the incredible damage done to that country and its long-suffering citizens.

Instead, the U.S. is doubling down on its failed campaign against Assad, mobilizing an international coalition to deny him and, more importantly, the Syrian people the tools to rebuild. The weapons in this battle are not F-15s or mortars but aid for reconstruction, international finance for the rehabilitation of Syria’s public and private infrastructure, and a crushing sanctions regime meant to sabotage the ability of Assad’s Syria and its decimated private sector to emerge from the ashes. To top it off, there’s been a feeble if expensive effort to create, with the support of Washington’s “friends of Syria,” something different in the eastern parts of the country currently outside the regime’s control.

This mean-spirited policy, which was in effect announced when President Trump said in March that he’d put “a hold” on $200 million in Syria recovery funding, is grounded in the same assumptions that have animated us since Assad was declared persona non grata. And it is no more likely to succeed than our attempts at regime change.

The hollow war drums of the Western Sahara conflict