A way forward for the United States and Turkey 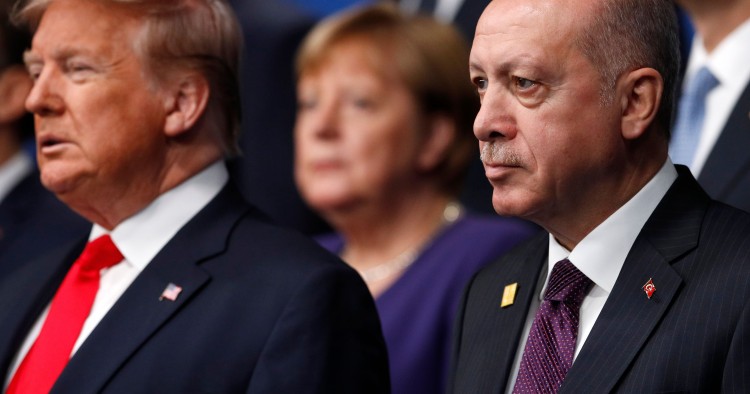 This piece was co-authored by Dalia Dassa Kaye

Indeed, the list of US-Turkish differences is longer than ever, including the pending extradition request for Gulen; opposition to US support for the People's Protection Units, which Turkey ties to the Kurdistan Workers Party, and other Kurdish groups seeking control in northern Syria; Turkey’s S-400 purchase from Russia and the subsequent removal from the F-35 Joint Strike Fighter consortium; Turkey’s strained relationship with Israel; and the recent congressional resolutions questioning Turkey’s future within the NATO alliance and commemorating the Armenian genocide, a deeply sensitive issue within the Turkish American community and widely opposed. Increased Turkish repression at home, including the targeting of independent media and civil society, is another area of growing concern. Needless to say, Turkey is not currently a popular ally in Washington and vice versa.

The only exception to the fraying ties appears to be the strong personal relationship between presidents Recep Tayyip Erdogan and Donald Trump, where periodic phone calls smooth over friction and reportedly lead to areas of alignment — first in Syria with the surprise US withdrawal announcement and then in Libya with support for Turkey’s intervention in support of the UN-recognized government. Despite strong congressional pressure, Trump has continued to hold off imposing the Countering America’s Adversaries Through Sanctions Act on Turkey’s purchase of a Russian air and missile defense system, currently under storage reportedly due to the coronavirus pandemic. But such rare cases of alignment and accommodation driven by personal ties are likely to be short-lived given the underlying gaps between Ankara’s and Washington’s strategic priorities. Consequently, regardless of who is in the White House after the 2020 US elections, continuing friction in the US-Turkish relationship is likely for the foreseeable future.