What prompted Iran to strike the Mercer Street? 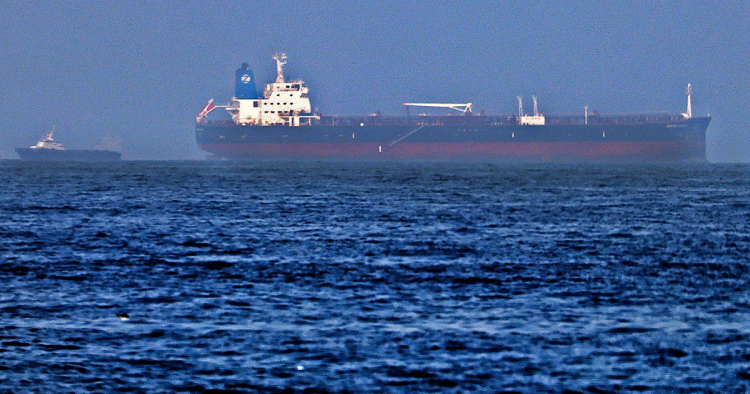 The July 29 suicide drone attack on the Israeli oil tanker Mercer Street, which left two British and Romanian crewmembers dead in the Arabian Sea, was carried out by Iran and was intended to cause human casualties and physical damage, according to the investigative report from U.S. Central Command (CENTCOM). While Tehran denied any hand in the strike, the G7 directly blamed Iran and U.S. Secretary of State Antony Blinken promised a “collective response.”

This incident appears to be the latest in a series of maritime sabotage operations carried out since the U.S. withdrawal from the Joint Comprehensive Plan of Action (JCPOA) in May 2018, which was followed by a re-imposition of sanctions against Iran, including sanctions on oil exports. Several attacks against oil tankers took place in the Gulf of Oman in 2019, but no significant damage or casualties were reported. The goal behind these controlled operations seems to be clear, as then-President Hassan Rouhani put it: “If one day they want to prevent the export of Iran’s oil, then no oil will be exported from the Persian Gulf.” Iran seems to want to demonstrate that it could quickly — and with a high degree of deniability — turn the normally calm maritime routes into turbulent waters if Tehran’s economic and geopolitical interests are not recognized.

Alongside regional escalation, Iran also devised a five-stage plan to reduce its nuclear commitments under the JCPOA between May 2019 and January 2020. However, neither disrupting the flow of oil from the Persian Gulf nor reducing its nuclear obligations prompted the Trump administration to return to the JCPOA and lift the sanctions against Iran. After conservatives won the parliamentary elections in February 2020, Iran’s nuclear escalation gained new vigor. The new legislature passed a law in December 2020 called the “Strategic Action Plan to Lift Sanctions and Protect the Iranian Nation’s Interests,” requiring the executive branch to bolster the country’s nuclear program. Enriching uranium to 20% and higher purity, increasing the enrichment and stockpile capacity, installing the sixth generation of centrifuges, producing uranium metal, and suspending the inspections under the Additional Protocol, were the most important provisions of the law.

Amid a complex situation, then-President Rouhani enforced the law with hope and fear. He was concerned that the breaching of the JCPOA could fundamentally change the context of the negotiations with the incoming Biden administration, alienate Europe, or even provoke military action by the departing Trump administration or Israel against Iranian nuclear facilities. Nonetheless, the latter was already ongoing in a different way. After extracting a sizable, highly confidential nuclear archive from Tehran in early 2018 through a covert operation, Israel accused Iran of secretly pursuing nuclear weapons and initiated a series of covert sabotage operations against its nuclear facilities.

The Islamic Republic blamed Israel while simultaneously downplaying its intelligence failures and depicting the sabotage incidents as minor ones that wouldn’t halt the development of the nuclear program. Meanwhile, Iran reserved the right to take reciprocal action against all who were involved in the sabotage operations. After reporting attacks on Israeli ships in the Gulf of Oman and the Arabian Sea in the early months of 2021, it gradually became clear that the fight over Iran’s nuclear program had developed into a new bilateral tit-for-tat conflict between Tehran and Tel Aviv. Then-Vice President Eshaq Jahangiri revealed that there had also been an Israeli sabotage campaign against Iranian oil tankers after the Trump administration’s withdrawal from the Iran nuclear deal: “They exploded or damaged 12 of our oil tankers. Israel would send someone into our tanker and blow it up,” Jahangiri asserted

The assessment of the Islamic Republic during the Rouhani administration was that the Israelis were emboldened by the Trump administration’s “maximum pressure” campaign against Iran. So, Tehran’s policy focused on limited leveraging of the nuclear program, preventing the JCPOA from collapsing, and exercising restraint against Israel belligerence, hoping that a new Democratic president in Washington would quickly reverse course and end the destructive situation. That hope failed. Not only has the Biden administration not returned to the JCPOA, but the Trump administration sanctions remain intact and the U.S. and Europe have not endeavored to restrain Israel from carrying out more nuclear-related subversive operations against Iran.

A new era and a new approach

From the Islamic Republic’s viewpoint, although Tehran failed in translating the nuclear escalation into tangible achievements, including sanctions relief, it won’t appease Israel anymore during the Raisi presidency. Targeting the Mercer Street and the killing of two European citizens was an alarming message in this regard. Iran also implied that if Europe and the U.S. don’t restrain Israel, it would probably see them as also complicit in endangering its nuclear program and economic interests. The NourNews agency, affiliated with the Supreme National Security Council of Iran, recently released a short analysis about the Pentagon’s decision to shift Israel from the U.S. European Command (EUCOM) area of responsibility to CENTCOM and concluded that Washington and other related countries are responsible for the “malign” and “hostile” operations of Israel in the region.

The Islamic Republic believes it possesses sophisticated intelligence capabilities and puts a particular emphasis on its internal security and stability. That Israel was able to compromise the highly confidential facilities and documents, however, has raised doubts among former top officials and even led average Iranians to mock the national intelligence organizations. For instance, former Iranian Minister of Intelligence Ali Younesi warned about the level of “infiltration” by Mossad and said, “Authorities of the Islamic Republic should be concerned about their lives.” Moreover, even the former president of Iran, Mahmoud Ahmadinejad, claimed that “the highest official in the Ministry of Intelligence in charge of countering Israeli spies and operations, was himself an agent of Israel.” He also alluded to the extraction of documents from the head of the Iranian Space Agency’s office, but did not directly indicate an Israeli role in the operation.

Though Iran is unable to reach Israeli soil to retaliate in the same fashion, Israeli ships at sea could be “convenient targets” for Tehran to hit, restoring part of its lost intelligence credibility in the eyes of internal observers, elites, and ordinary Iranians. Tehran mostly prefers the war with Tel Aviv to proceed in the shadows, not on the Iranian mainland. Like what is going in the Syria between the two sides, the shadows provide more space for flexibility, deniability, or restraint in response. Otherwise, Iran will be compelled to resort to other available options to maintain the “balance of insecurity.” The Mercer Street incident showed how quickly coming out of the shadows and manipulating the balance of insecurity could culminate in regional and global turmoil.

Nevertheless, the restoration of credibility and prestige was not the only logic behind Iran’s behavior. The nuclear program and the JCPOA offer Tehran a specific capacity and level of escalation and leveraging against the West. In other words, Iran needs to use nuance and skill to balance between nuclear leveraging and not being accused of pursuing a nuclear weapon. But maintaining such a balance requires a well-functioning, highly protected, and safe nuclear infrastructure and facilities. Intelligence operations such as sabotage, espionage, or the assassination of scientists are capable of disrupting Iran’s careful calculus. Besides, Tehran’s dire economic situation and limited financial resources make repairing presumed damage or rebuilding nuclear facilities increasingly difficult.

The Mercer Street incident made clear Iran’s determination to establish a new level of deterrence against Israel, showing that its reciprocal arrows could be poisonous and making the game more dangerous. That was a message not just to Israel, but also to other U.S. regional allies not to pursue separate stakes in Iran’s nuclear dossier with the U.S. and European powers. While Tehran may have carried out an audacious and reckless operation with unpredictable potential repercussions from the U.S. and Israel, a development in Syria shortly beforehand may have reassured it and convinced it to move ahead. Nine days before the Mercer Street incident, on July 20, Russian air defense systems intercepted and downed seven out of eight missiles fired by the Israelis at targets in Syria’s Aleppo Province. According to a London-based Arabic newspaper, citing an unnamed “well-informed” Russian source, Russia’s rare response to the Israeli raid was “directly related to” the first summit between Vladimir Putin and Joe Biden, during which “Moscow received a confirmation that Washington does not welcome the continuous Israeli raids.” Thus, the Islamic Republic got the impression that the presidents of the U.S. and Russia, at the strategic level, have started to question Israel’s belligerent actions against Iran, creating an opportunity for Tehran to prove its “firmness” in the meantime.

It is not clear if Mr. Biden still favors Israel’s covert actions to undermine Iran’s nuclear program or how he will cope with a covert Iran-Israel war as a spoiling factor in achieving a long-term, sustainable deal between Tehran and the West. There is emerging criticism of Israel by Russia for “destabilizing” the region and doubts have been raised, especially since Benjamin Netanyahu’s departure, by high-profile Israeli national security experts about relations with Moscow and the risks that Russia’s Middle Eastern strategy poses to Israel’s interests. All of this suggests Russia may yet go further in supporting Iran’s backlash against Israel, particularly since the Russo-Iranian regional security alignment will get a new institutional and structural dimension from Iran’s looming accession to the Shanghai Cooperation Organization in the Raisi era.

Fardin Eftekhari is a PhD candidate in the Department of Regional Studies at the University of Tehran. He also has an MA in International Relations from Shahid Beheshti University in Tehran. Fardin's work focuses on Iranian national security and foreign policymaking. The opinions expressed in this piece are his own.