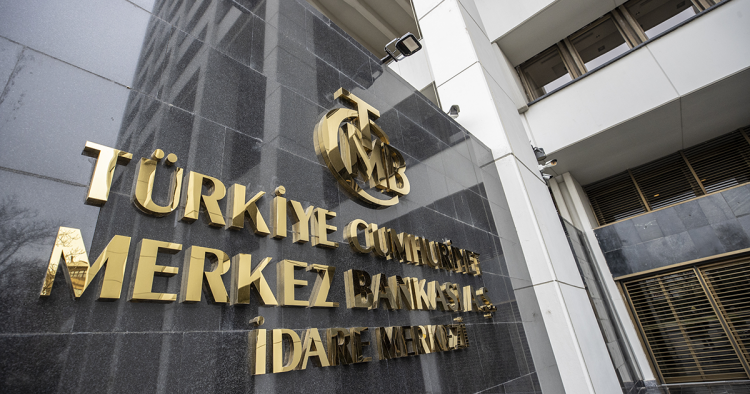 At its Sept. 23 meeting, the Central Bank of the Republic of Turkey (CBRT), in a surprise move, cut its policy rate (1-week repo rate) 100 basis points to 18.00%, while headline inflation was 19.25% (currently 19.58%). This is an interesting development as most central banks around the world have just started preparing to implement tighter policies.

The CBRT had to hike rates in September 2020, when ultra-loose monetary policies and dwindling foreign exchange reserves triggered a speculative attack on the Turkish lira. In early November 2020, Berat Albayrak, son-in-law of President Recep Tayyip Erdoğan, resigned (or was sacked) from his role as minister of Treasury and Finance, bringing an immediate end to the country’s heterodox policies. The new governor of the CBRT, Naci Ağbal, and the new minister of Treasury and Finance, Lütfi Elvan, started implementing conventional monetary and fiscal policies.

This short period of tranquility came to an abrupt end when President Erdoğan unexpectedly dismissed Governor Ağbal in late March 2021. Şahap Kavcıoğlu, a former Justice and Development Party (AKP) MP, professor of banking, and columnist at a pro-government media outlet, was appointed as his replacement, making him the CBRT’s fourth governor in the past three years. Kavcıoğlu has been known for his support of Erdoğan's theory that higher interest rates give rise to higher inflation rates, which directly contradicts conventional monetary theory. He avoided applying policies in line with this peculiar thesis, however, instead keeping the policy rate high enough to stabilize exchange rates.

Record high global commodity and transportation prices undermined the struggle to rein in inflation with high interest rates. According to reliable sources, early easing was requested by Erdoğan and implemented by Kavcıoğlu since he wanted to save his job. Kavcioğlu has also reportedly fallen into disfavor due to his weak English competence — fluency is a must for President Erdoğan’s appointees given his emphasis on attracting foreign direct investment — and this may have contributed to his decision to lower rates before the expected and promised timetable in an effort to mollify Erdoğan. The six-month-long period of keeping rates stable was abandoned, with a sudden emphasis on core inflation (currently 16.98% and at the time of the decision 16.76%) instead of headline inflation, so rate cuts began before fully reining in inflation.

Market reactions to this early policy easing came in the form of higher treasury yields and exchange rates. The Turkish lira lost 7% against the dollar (from 8.28 to 8.88) when the core inflation announcement was made and the rate cut was officially done. There is little room for further capital flight, as the majority of funds already left Turkish lira-denominated assets and domestic investors keep their savings in dollar or euro accounts in commercial banks or in physical gold in safe deposit boxes. There was no market turbulence as such a move was, at least in part, already expected. However, there is ambiguity regarding the timing and magnitude of future rate cuts. The Sept. 23 meeting statement does not provide justification or further guidance. The consensus among domestic and foreign institutional and individual investors is that unplanned policy easing will carry on until the loss in the value of the Turkish lira presents a risk to financial stability.

Despite continuous depreciation of the Turkish lira, the current account — the difference between exports and imports of goods and services — is still far from balanced ($27.8 billion yearly). External debts and foreign currency denominated domestic public debts are at a record high. Taken together, gross foreign exchange and gold reserves reached a total of $120 billion, while net reserves (liabilities and swaps omitted) are far below 0, at nearly -$40 billion. Moreover, the CBRT has no credibility left to use forward guidance to calm the markets.

Commercial banks and the Treasury still have access to external lending, however, though costs are hovering around 6% for bonds with five-year maturity in dollars. Furthermore, banks’ capital structures are strong enough not to pose a systemic risk. Loan portfolios of state banks are relatively opaque, although capital adequacy is far better than it was during the banking crisis of Turkey in 2001 and Greece in 2009.

Risks related to Turkey’s foreign and domestic politics are significant but mostly priced in, provided there is no concrete attempt to buy a second batch of S-400 missile systems or a military intervention in Idlib in northwestern Syria. Snap elections are possible but highly unlikely in the near term as President Erdoğan’s approval rate continues to steadily decrease. Household purchasing power has declined significantly and youth unemployment remains at a record high (23.2%). These could be major sources of unrest, but a social uprising is unlikely due to the zero-tolerance policies of the Erdoğan regime. Business and household sentiment is quite pessimistic, and no one is convinced that the worst from the pandemic is over.

Scenarios for the future are diverse, but their common points are high inflation rates and further depreciation of the Turkish lira. In the worst-case scenario, the CBRT will continue the rate-cut policy by ignoring Turkish lira depreciation and this will eventually lead to a balance of payments crisis. This less likely scenario would entail an inability to redeem external debts and pay for imports. Fiscal policy has been cautious and monetary policy is unclear, but so far moves have been modest. If these policy stances are maintained and the Federal Reserve’s tightening (tapering) does not create global market turmoil, then the Turkish financial system can preserve its stability, although Turkish lira depreciation is fairly certain. This is the main scenario for most domestic institutional investors, although it will also result in mass impoverishment.

Instead of focusing on traumatic market fluctuations like in 2018 and 2020, market quakes of a sufficient magnitude are more likely to be accompanied by a sharp rise in poverty. Such a level of mass poverty could well discredit the ruling party and undercut its track record for competence in tackling the economic crisis for long-time voters, thus making Erdoğan’s bid for extending his presidency harder.

M. Murat Kubilay is an independent financial advisor on the Turkish economy and a Non-Resident Scholar with MEI’s Turkey Program. The opinions expressed in this piece are his own.