Why the “end the Yemen war” narrative is problematic 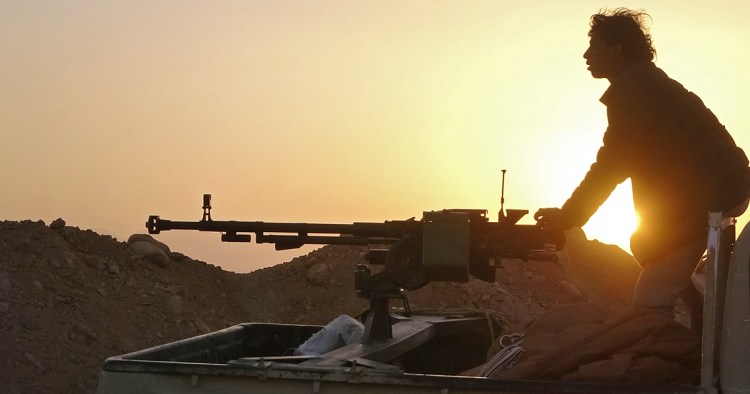 On Feb. 4, the Biden administration announced the appointment of Timothy Lenderking as the U.S. special envoy to Yemen. In a televised speech, President Joe Biden said that by appointing Lenderking, the U.S. is stepping up its diplomatic efforts to end the war in Yemen and by extension the humanitarian catastrophe the war has created. “This war has to end,” Biden said. “To underscore our commitment, we are ending all American support for offensive operations in the war on Yemen, including relevant arms sales,” he added. Two days later, the administration revoked the designation of the Houthis as a foreign terrorist organization (FTO), citing humanitarian concerns.

While Lenderking’s appointment is a much-needed step, the “end the Yemen war” discourse championed by Western policy analysts, diplomats, and peace advocates is highly problematic and disconnected from the reality on the ground. Since 2014, successive U.N. special envoys for Yemen have tried to broker a political settlement between the Hadi government and the Houthis to end the conflict and resume the political transition process that was thwarted when Houthi forces allied with former President Ali Abdullah Saleh and captured Sanaa in September 2014. This effort is commonly known as the “peace process” and is widely supported by the international community, including the permanent members of the U.N. Security Council and the European Union.

There are no easy answers

The urgency to reach a political settlement is largely driven by the desire to address the dire humanitarian situation in Yemen — and understandably so. Indeed, the war has made the country the world’s worst humanitarian crisis. However, neither halting arms sales to the Saudi-led coalition nor reaching a power-sharing agreement between the Hadi government and the Houthis will end Yemen’s war or mitigate the humanitarian crisis. Yemen's conflict is multilayered and far too complex to be solved with a rushed political agreement. A political settlement under the current circumstances might be a quick win for American and Western diplomacy, but it will most likely reinforce the current power dynamics and lock Yemen into a cycle of perpetual war, bringing 30 million Yemenis closer to famine and pushing the country farther away from peace.

While the Biden administration can successfully put pressure on the Saudi-led coalition and the Yemeni government, it does not have the same leverage on the Houthis, who currently have the upper hand militarily. A political settlement, therefore, risks tipping the military balance in favor of the Houthis, who have failed to demonstrate any commitment to cease-fires in the past.

The Biden administration appears to have revoked the FTO designation unconditionally in the hope that the Houthis will reciprocate and engage in negotiations in good faith. As former USAID official Dave Harden argues, however, the Houthis will perceive this rescission as a sign of American weakness. The move created widespread anger among Yemenis, who interpreted it as the Biden administration giving the Houthis a green light to continue their violence against civilians.[1] Indeed, the very next day after Biden’s decision to revoke the FTO designation, the Houthis mobilized their forces and launched a renewed offensive to seize the oil-rich city of Marib as well as cross-border drone attacks against Saudi Arabia.

Politically, the U.N.-led peace process overlooks new actors that have emerged over the past few years, including the Southern Transitional Council and forces on the west coast. Both have animosity toward the Houthis and Hadi’s government and both have the ability to jeopardize any future political settlement that does not include them. Recently, local initiatives in Hadramout and Shabwa governorates took steps to strengthen their autonomy and demands for political representation, a sentiment most Yemenis who are currently not represented in the peace talks share with them.

In recent years, Yemen has paid the price for well-intentioned international interventions in the name of peace that have not only failed but also backfired. In 2011, the Gulf Cooperation Council (GCC) Initiative resulted in a power-sharing deal between former President Saleh and his opponents and outlined a plan for a political transition process. Focused primarily on the power struggle among the political elite while neglecting the long-standing grievances of ordinary Yemenis, the deal granted former President Saleh immunity, which effectively allowed him to remain in control of most of the armed forces. Saleh then allied with the Houthis and overthrew the government in September 2014, dragging the country into a devastating civil war.

The Stockholm Agreement brokered by the U.N. envoy between the Hadi government and the Houthis in December 2018 is another prominent example of an international intervention that backfired. The U.S. played an important part in pressuring the Saudi-led coalition and Hadi government forces to halt a military operation to retake the port of Hodeida. The Houthis exploited the cease-fire, using it to regroup their forces and launch a major new offensive that now threatens Marib, the last stronghold for the Yemeni government and a province that hosts almost 3 million Yemeni internally displaced persons, according to official sources.

Moving forward, the Biden administration should be cautious and assess the unintended consequences of using diplomacy to force a political negotiation process that fails to consider Yemen’s complex domestic dynamics and the reality on the ground. The Houthis are an ideologically-driven group that claims a divine right to rule as descendants of the Prophet Muhammad, defying the basic principles of democracy. They have built a police state that rules Yemenis through systematic repression. As part of Iran’s “Axis of Resistance,” they have a jihadist agenda that poses a threat not only to Yemen, but to the entire region. Their threat must not be taken lightly.

In order to address the Yemen problem, the Biden administration should first embrace the complexity of the conflict and develop a Yemen policy that reflects it. The administration has to come to terms with the fact that conditions might not be ripe to end the conflict, much less bring about peace. While it can hold the Saudi-led coalition accountable for their role in mismanaging the war and for the civilian casualties their intervention has caused, it is not the responsibility of the United States to solve the conflict. Second, rather than using its political capital to push through a shaky deal that will likely be counterproductive, the new U.S. administration should work with the Office of the Special Representative of the Secretary-General to Yemen Martin Griffiths to mitigate the impact of the conflict on civilians by easing access to humanitarian aid and opening airports, seaports, and key roads to cities. Third, it should work with Saudi Arabia to stabilize the Yemeni currency, support the local economy, and strengthen governance and security where possible.

Increased U.S diplomatic engagement to address the conflict in Yemen could help pave the way to end the war if it factors in the complexity and power dynamics on the ground. It could also potentially exacerbate the conflict if the administration is too focused on a quick fix that lacks the essential ingredients for sustainable peace. The administration should recognize its limitations and make decisions wisely.

Nadwa Al-Dawsari is a non-resident scholar at the Middle East Institute. The views expressed in this piece are her own.

The Yemen government reorganizes, but will it open the door to end the conflict?