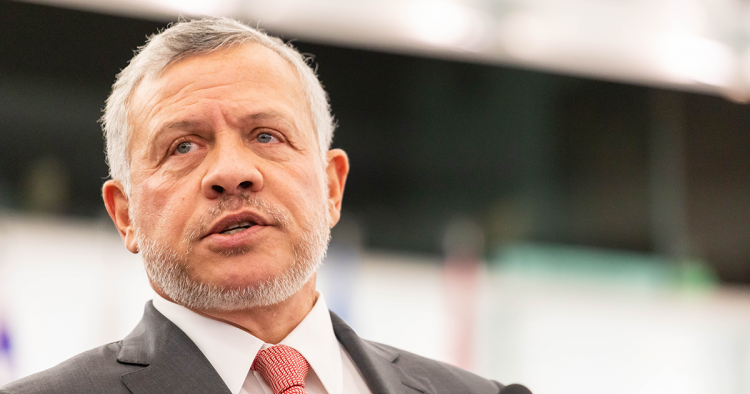 Jordan is going full speed ahead in normalizing relations with the Syrian regime, 10 years after it suspended political and economic ties with its northern neighbor in the wake of the eruption of the Syrian uprising. On Oct. 3, and in the first public contact between Abdullah and Syrian President Bashar al-Assad since 2011, Amman announced that the king had received a call from Assad. Talks focused on bilateral relations and ways to strengthen cooperation. The king stressed Jordan’s support for efforts to back Syrian territorial integrity, sovereignty, and unity. Jordan had allowed the Syrian embassy to remain open in Amman and kept a skeleton staff at its embassy in Damascus.

The strategic turnaround began following King Abdullah’s visit to Washington last July. In an interview with CNN back then, the king said that the Assad regime has legitimacy and called on the U.S. and the Europeans to join a task force to engage it in a bid to change its behavior instead of forcing a regime change.

He also said that the West should talk to the Russians, who play a “vital role,” adding that the current status quo, where there is ongoing violence and the Syrian people pay the price, cannot continue.

It now appears that the king had suggested to the Biden administration that Jordan and Egypt supply Lebanon with natural gas and electricity through Syrian territory to serve a dual purpose: to help Lebanon deal with its endemic energy crisis and to engage the Damascus government in a bid to begin its political rehabilitation. The endgame would be to distance both Lebanon and Syria from the Iranians and their proxies.

The proposal was then presented to Lebanese President Michel Aoun on Aug. 19 through the U.S. ambassador in Lebanon, indicating that the Biden White House had embraced King Abdullah’s suggestion.

Soon after, Amman played host to senior Syrian officials between August and September, including the ministers of energy, transport, water, agriculture, trade, and industry. The two sides agreed to revive past agreements on water, transport, and agriculture and step up cooperation in other fields. Jordan’s national air carrier also announced it was resuming flights to Damascus beginning in October.

On Sept. 19, Syria’s top military chief paid a rare public visit to Amman to discuss border security, smuggling, and fighting terrorism with his Jordanian counterpart. A few days later Jordan announced it was opening its land border with Syria for civilian and commercial traffic. And during the meetings of the United Nations General Assembly in New York last month, Jordan’s Foreign Minister Ayman Safadi discussed bilateral cooperation and ways to end the Syrian crisis with his Syrian opposite Faisal Mekdad.

The speed with which Jordan is repairing its ties with Syria indicates that King Abdullah had received an orange if not a green light to engage the Assad regime. After returning from Washington, the king flew to Moscow on Aug. 23 to discuss the Syrian crisis with President Vladimir Putin and float his proposal on engaging the Assad government. Putin had repeatedly called for the withdrawal of uninvited foreign troops from Syria.

On Oct. 2 the London based daily Asharq Al-Awsat published what it described as a confidential Jordanian document that proposes gradual steps to change the behavior of the Syrian regime. It also proposed a complete withdrawal of foreign troops from Syria while recognizing Russia’s interests in that country. The leaked document called for “a new approach” to resolve the Syrian crisis while admitting that after 10 years attempts to change the regime have failed. It called on Syria to adopt a political solution based on U.N. Security Council Resolution 2254 and deal with the humanitarian aspects of the Syrian conflict.

According to the newspaper, Amman had received guarantees that its dealing with Syria will not expose it to sanctions under the Caesar Act. The document suggested giving incentives to Damascus in return for distancing itself from Iran. It proposed a U.S.-Russian understanding on Syria that will result in “a step-for-step approach” that should get regional and European backing as well. The document also warned that while the Islamic State’s territorial caliphate has been defeated, the group remains a real threat in some parts of Syria.

It now appears that Jordan’s engagement with the Syrian regime is viewed as experimental pending goodwill gestures from Assad. The Jordanian initiatives are backed by a number of Arab countries including Egypt, Algeria, Saudi Arabia, and the United Arab Emirates, all of which have some sort of diplomatic ties with Damascus or are in the process of reopening their embassies there.

For Jordan the rapprochement with the Syrian regime serves a number of objectives. In terms of national security Amman hopes to get Syria and Russia to recommit to keeping pro-Iran militias as far as possible from Jordanian borders. This is an Israeli demand as well. Economically, Amman hopes that reopening of borders with Syria will boost bilateral trade and revive the ailing land and air transport sector. More strategically, water-starved Jordan hopes that Syria will honor past agreements to provide the kingdom with its share of the Yarmouk River — essential for drinking and irrigation.

But the king also hopes to reinstate Amman’s regional role after years of marginalization under the Trump presidency. He is presenting himself as a key interlocutor as he seeks to cement an economic alliance with Egypt and Iraq with an eye to including Syria in the future. This alliance could also bring in Lebanon and the Palestinian Authority down the line.

It is clear that the Biden administration has provided King Abdullah with the necessary political cover to carry on with his efforts to rehabilitate the Syrian regime. But it is a transactional relationship. President Assad, who flew to Moscow on Sept. 14 to meet with Putin, is now expected to return the favor and show some political flexibility. The committee on drafting a new Syrian constitution will meet on Oct. 18 in Geneva and the outcome of its talks, which have been going nowhere for the last two years, will indicate if Assad is willing to make concessions.

The big question is whether Putin will put real pressure on Assad to distance himself from the Iranians despite the risks for the regime. A positive gesture from Damascus will certainly boost King Abdullah’s efforts while providing a rare window for a political settlement to the decade-old conflict. But aside from this current and unpredictable process, many questions remain unanswered, including ones related to allegations of war crimes and crimes against humanity that the regime — as well as rebel groups — has allegedly committed. Final reconciliation and accountability in Syria will remain elusive for now.