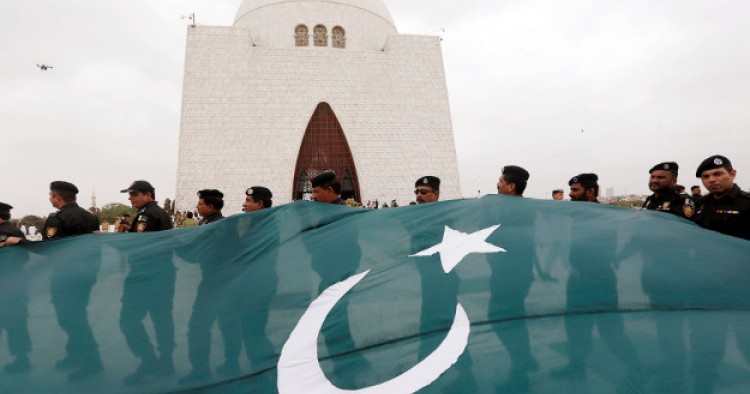 Read the full article in The National Interest.

Pakistan’s supreme court’s unanimous—if disputably reasoned—decision to remove Nawaz Sharif as prime minister, together with the Pakistan Muslim League’s easy management of leadership transition, has likely averted months of political turmoil. A decision by the justices to leave Nawaz in office could have evoked bitter condemnation by a united front of opposition parties and set the stage for widespread, possibly violent agitation spearheaded by Imran Khan and his Tehreek-e-Insaf movement. If sustained, the military would probably have felt compelled to intervene.

An abrupt end to the Sharif dynasty and possible fracturing of the league over leadership succession, once thought possible by his opponents, was avoided with the designation of party loyalist Shahid Khaqan Abbasi as prime minister. Possessing an overwhelming majority in the national assembly, he should be able to serve through to the scheduled national and provincial elections next summer. The dynasty that has lasted nearly thirty years seems firm for the time being. Nawaz’s younger brother, Shehbaz Sharif, remains in command of the party’s election machinery in its heartland, Punjab Province, and Nawaz has a strong presence behind the scenes.

Admittedly, several loose ends could upset politicians’ designs, even throw the country into crisis mode. Court cases are still pending against Shehbaz and Imran. Also, it is yet to be determined whether Nawaz should be criminally charged. Notwithstanding, there is reason to believe that the country’s elites, particularly members of the judiciary and the country’s military, would prefer for Pakistan to have a cooling period in which potentially disruptive actions are shelved until the outcome of the next election.

In a Pakistan settling back to business as usual, the country’s policy agenda is likely to be notable for its continuity. The hallmark of the Sharif years—infrastructural development, now buttressed by Chinese financing—will hold priority.