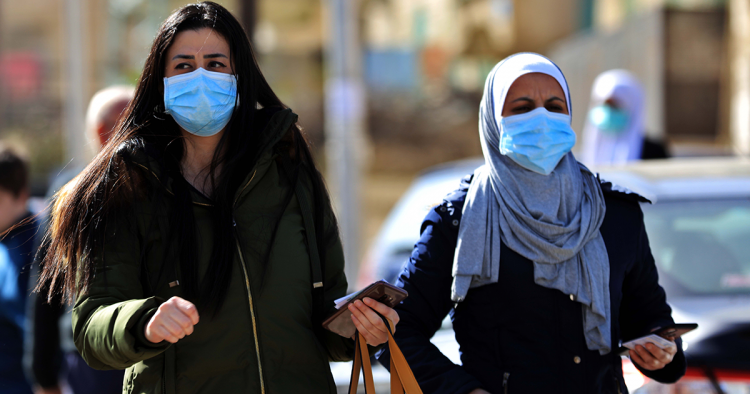 Jordan has the lowest rate of women’s economic participation of any country not at war. According to the International Labor Organization (ILO), the kingdom’s female labor force participation rate is below 15%, while that of men is about 60%. This is lower than rates of female labor force participation in neighboring Lebanon (23%), Saudi Arabia (22%), and the West Bank and Gaza (18%). As the COVID-19 pandemic stretches on, the government of Jordan should take the opportunity to expand the accessibility of remote work and corresponding opportunities for Jordanian women who aim to play a role in their nation’s economy.

The low level of labor force participation among Jordanian women has long confounded policymakers, analysts, and researchers, and it has persisted despite women’s impressive educational outcomes. Jordan has the highest rate of female literacy in the Middle East and North Africa (MENA), at nearly 98%, outperforming Israel, the UAE, and Kuwait, among others. Furthermore, more women than men now graduate from Jordanian universities. Despite having one of the most educated female populations in the region, Jordan’s female unemployment rate is nearly double that of men (about 25% for women versus 12.5% for men).

Social norms play a role in Jordan’s low rate of female labor force participation. In 2018, a survey by the World Bank found that 96% of women and men in the country agree that it is acceptable for women to work. When asked, however, about the specific conditions under which women working would be permissible, both women and men pointed to several constraints: Nearly half of those surveyed considered it unacceptable for women to work if her job required her to leave her children with relatives; over 60% considered it unacceptable for women to work alongside men in a mixed workplace; and over 70% considered it unacceptable for women to take a job that required them to return in the evening after 5:00 PM. As Doàa Mohamed Refaat, a business consultant with EY who specializes in supporting and training small and medium-sized enterprises (SMEs) in the MENA region, explained, “Almost no family in Jordan would accept that a woman is going home at a late hour or that she is prioritizing work over family. These are the constraints that women are facing.”

In addition to these social expectations, practical factors and safety concerns such as the inaccessibility of secure transportation limit women’s ability to participate in the workforce. In one survey, 47% of women reported turning down job opportunities due to a lack of efficient and affordable public transportation. Limited childcare options also prevent women from working outside the home. Jordan has attempted to address this issue by requiring companies with employees who have a combined total of 15 or more children under the age of five to have an onsite daycare. However, the lack of clarity and enforcement around this rule have limited its efficacy. Jordanian women also lack robust protection from sexual harassment that occurs at work. As the managing partner of Aman Ventures, Jordan’s first gender-lens SME investment fund, Tamara Abdel-Jaber, explained:

“While these changes are likely to impact women’s economic participation in Jordan in the long run, enforcement mechanisms are required to facilitate their implementation by relevant government agencies. This is particularly the case for the removal of work restrictions, the institution of a Code of Conduct in addressing sexual harassment in the workplace and in public spaces, and employer provision of childcare.”

The pandemic and the rise of remote work

The increase in remote work opportunities stemming from the pandemic may mitigate many of these social and practical constraints for women in Jordan, eliminating concerns about transportation, physical harassment, and evening returns. As Mohamed Refaat explained,

“I see a great opportunity for women who are working from home. These kinds of businesses that start from home are allowing women to work and at the same time take care of their families. I’ve seen them create high caliber outputs that can be exported to other countries. They just need additional platforms to showcase their products or sponsorship.”

Home-based businesses are difficult to quantify and study, as they often exist without formal contracts or registration. However, in a 2018 study by Arab Renaissance for Democracy & Development (ARDD), focus group discussion participants estimated that 60-70% of the working women they knew were working informally without a contract. Further, USAID estimates that approximately half of home-based businesses in Jordan are run by women, making it one of the few fields in which women seem to be represented proportionally.

At the beginning of the pandemic, opportunities for women floundered. In many sectors, they were more likely to lose their jobs than men in the resulting economic decline. Home-based businesses also struggled to cope with the lockdown restrictions. In terms of unpaid care work in the home, COVID-19 likely increased the burden on women, particularly with regard to childcare and education. However, as the pandemic stretches on, companies are becoming more adept at navigating remote work and responding to worker demands, while schools are becoming more adept at operating under pandemic conditions.

To expand access to these opportunities, the Jordanian government should increase its internet, computer, and tablet accessibility. In a survey conducted by the U.N. Development Programme (UNDP) with over 12,000 Jordanians at the outset of the pandemic, a significant minority (21.9%) reported lacking necessary internet connection for work, education, or e-commerce. Less than 14% of respondents reported having access to a laptop computer. In 2020, Jordan’s Ministry of Digital Economy and Entrepreneurship (MoDEE) signed an agreement with the International Finance Corporation (IFC) to launch a tender for a public-private partnership that is expected to expand and operate a high-speed internet network to help boost connectivity, improve digital services, and create jobs. If successful, this initiative will likely reduce the cost of internet connectivity and expand accessibility. In addition to infrastructure, there is also a disparity in internet access between the highest income quintile and the lowest quintile. Accordingly, the Jordanian government may focus on equity by providing grants or subsidies to lower-income households in order to access the internet.

Even if the government increases remote work capacity, these new opportunities may only be open to a subset of women in Jordan. Prior to the pandemic, there was a stark disparity in labor force participation among Jordanian women based on whether they received a university education or not. Women with a high school diploma or less have especially low rates of labor force participation at 4.2% and 3.5% respectively. By contrast, women with a university degree have a participation rate of over 55% but face high levels of unemployment. In other words, women with low education levels fail to participate in the labor market at high rates, while women with high levels of education participate in the labor market but face challenges in finding work. In the context of remote work, it may also prove more difficult for women without a university education to benefit from flexible work opportunities.

In addition, the economy of Jordan also continues to grapple with the protracted humanitarian crises at its borders. Among Syrian refugees in the country, disrupted education, poverty, the challenges of life in refugee camps, and difficulties gaining work permits have all resulted in low levels of female labor force participation. Child marriages among the Syrian population have also risen in recent years, as parents struggle to provide for their families and consequently aim to marry off their young daughters. Given that child marriage and poverty have a profoundly negative impact on girls’ and women’s abilities to attain an education and participate in the economy, the Jordanian government must prioritize addressing this urgent humanitarian crisis in conjunction with expanding digital infrastructure.

Zoe H. Robbin is a researcher in Amman, Jordan, where she conducts monitoring and evaluation for a variety of EU and USAID initiatives focused on women’s empowerment, governance, and education in the Arab Region for INTEGRATED. She is a Fulbright research finalist, senior fellow with Humanity in Action, and member of Foreign Policy for America’s (FP4A) NextGen Middle East working group. The views expressed in this piece are her own.