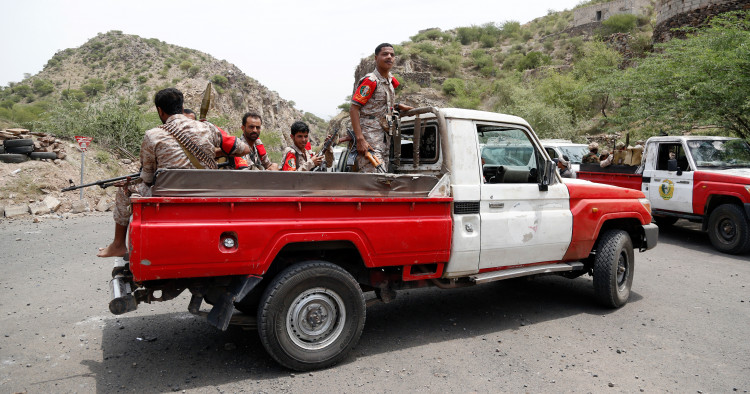 The Aug. 2 agreement by Yemen’s warring parties to a third two-month extension of their ceasefire, initially established on the eve of Ramadan in early April, was met generally with a sigh of relief. The fate of the agreement had been in doubt following the Houthi announcement, in the wake of U.S. President Joe Biden’s visit to the region, that they would not sign on to another extension. But ultimately, all sides gave their assent. Undoubtedly, the relative calm in Yemen in recent months, although far from perfect, has provided a much-needed respite to millions of Yemenis struggling under the weight of seven years of civil war. Notably, the United Nations reports that there has been a 60% reduction in civilian casualties and a 50% reduction in displacements.

Still, the latest agreement should bring little comfort to those seeking a sustainable path out of the conflict. To start, U.N. Special Envoy Hans Grundberg, with strong support from his U.S. counterpart, Tim Lenderking, had urged the parties to agree to extend the truce for six months, which would have provided a more substantial window of opportunity to pursue diplomatic initiatives to end the fighting. The internationally recognized government of Yemen, under Rashad al-Alimi and his Presidential Leadership Council, had accepted the U.N. proposal. That the Houthis would only consent to another two-month arrangement — and only after Omani mediators applied substantial pressure — raises significant questions about whether they are prepared for a serious political process to end the war.

Second, while Special Envoy Grundberg stated that he is working on proposals for “an expanded deal” with the parties, the negotiations appear to revolve around the same set of issues that have been on the table consistently since former Special Envoy Martin Griffiths’ proposed Joint Declaration in 2020. Thus, the Houthis have pocketed government and Saudi concessions on re-opening Sanaa airport and permitting the delivery of expanded oil supplies through Hodeida, while reneging on commitments they have already made to open roads and relieve the siege around Yemen’s third-largest city of Taiz. Additionally, Grundberg has reportedly tabled new proposals to provide a “mechanism for the regular payment of civil servants’ salaries.” Yet his initiative apparently sidesteps undertakings that the Houthis made in the Stockholm Agreement in 2018 but failed to implement: that is, to use revenues from Hodeida port operations for that purpose in areas under their control.

Most concerning, however, is that the Houthis are clearly preparing for a continuation of the conflict. As my colleague Ibrahim Jalal pointed out in his article “One-sided and Incomplete, Yemen’s Truce Faces Implementation Hurdles as Extension Deadline Nears,” of the 1,700 breaches of the truce reported thus far by the Yemen Truce Monitor, some 93% were attributable to the Houthis, including missile and drone attacks on civilian targets in Taiz and other conflict zones. The Houthis are also increasing their recruitment efforts, even by using “summer camps” in areas under their control to enlist child soldiers. A local human rights investigator was quoted in The Guardian noting, “Instead of peace, this ceasefire is the time the Houthis are bolstering their weaponry and [are] on a heavy recruitment drive. There are increasing numbers of weapons shipments coming in from Iran to Hodeida port.”

Any measures that safeguard lives and enhance the possibility of peace in Yemen are to be welcomed, and this ceasefire agreement is no exception. But the reality remains, as it has from the beginning of the conflict, that the fighting will not be brought to a sustained conclusion until meaningful pressure is applied on the Houthis to deny them a military victory and force them to accept a political resolution to the war they launched in 2014.

Yemen's Truce Has Failed in Taiz