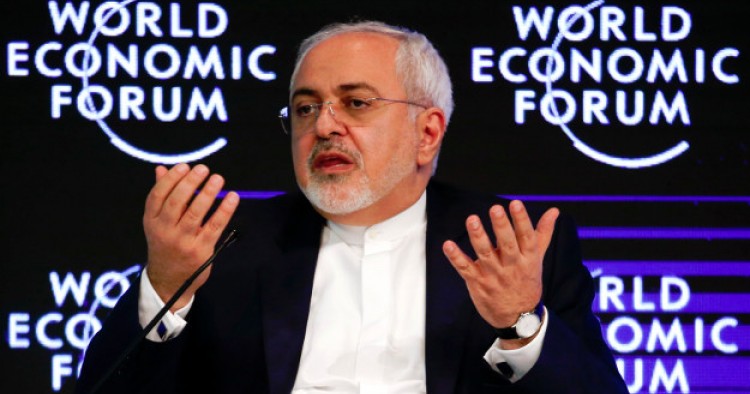 Iran’s Foreign Minister Javad Zarif has strongly defended the regional policies of the Islamic Revolution Guards Corps (I.R.G.C.). In particular, Zarif defended General Qassem Soleimani, the head of the Quds Force, which is the I.R.G.C.’s expeditionary force. “I have had a close relationship with General Soleimani for over 20 years. When I was the head of the [Iranian] negotiating team involving questions of Iraq and Afghanistan, I had a very good working relationship with General Soleimani,” Zarif stated.

Comment: Zarif, in declaring Soleimani to be a “sharp and brave” man, merely repeated what he has already stated on a number of occasions before. The Iranian foreign minister, who in the context of Iranian politics is often considered as a moderate, came under strong attack by hardliners in the Iranian parliament in late 2016 after he removed one of his deputies at the foreign ministry who was viewed as a close ally of Soleimani.

Following that episode, Zarif had to repeatedly declare that he had no differences of opinion with his “brother” Soleimani. However, there are no instances when Soleimani has publicly declared his loyalty toward the foreign ministry and Zarif himself. It is this blatant imbalance in the concentration of power in Tehran that rightly makes the belligerent policies of the I.R.G.C. far more representative of Iranian ambitions in the region than any olive branch that Zarif might extend to Iran’s nervous neighbors.