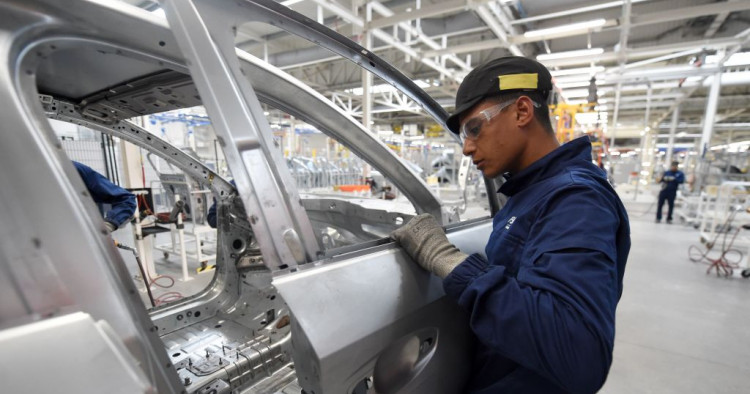 The deepening partnership between Germany and Morocco has been driven by the private sector, providing an enduring foundation for cooperation. During the 2021 diplomatic crisis over Berlin’s position toward Rabat’s autonomy plan for the Sahara region, German-Moroccan business-to-business relationships remained largely unaffected. The fraying of global supply chains is bringing now Germany and Morocco into a closer economic partnership. The sudden supply shocks caused by Russia’s war against Ukraine have accelerated that process. In the years just prior to the COVID-19 pandemic, global supply chains were already shortening as companies and countries in Europe placed greater emphasis on resilience rather than on just-in-time inventories serviced by distant Asian suppliers. This structural transformation meant bringing sourcing and manufacturing closer to European end-markets. The drive to “nearshore” while maintaining a competitive advantage has provided an impetus to German and other international firms to locate manufacturing facilities in Morocco, which has focused on cultivating an appropriate business ecosystem.

In terms of trade, Germany ranks as Morocco’s eighth largest export market, with Morocco’s 2021 exports to Germany totaling $1.2 billion. Germany is Morocco’s seventh largest import supplier with German goods totaling sightly over $3 billion. Despite a slight widening of the gap during 2021 due to COVID19, the trade imbalance between Morocco and Germany is relatively narrow because Moroccan exports to Germany between 2010 and 2019 grew at more than double the rate of growth of German exports to Morocco. The near parity reflects Morocco’s growing importance as a key participant in German manufacturing value chains. During the same 2010-2019 period, German direct investment in Morocco increased from €0.18 to €1.32 billion.

This article was originally published by the Moroccan Institute for Policy Analysis (MIPA).