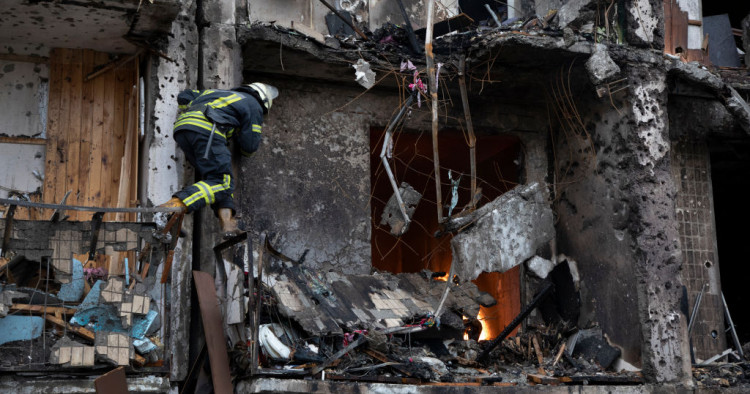 Attempts at deterrence by sanctions have failed. The question now is: Does the West expect sanctions to change Russian President Vladimir Putin’s actions? We think not — and the world should have given up years ago on expecting them to dissuade him.

This is not merely a Ukraine crisis. Russia is bombing Europe. This is a larger, profound and long-term Russia crisis. And the West must act before it gets worse.

First, let’s brush away the confusion that NATO and the United States are in any way responsible for war in Eastern Europe. The sole responsibility lies at the foot of the Kremlin and goes back three decades. It started with so-called frozen conflicts in Georgia and Moldova in the early 1990s. Russia invaded Georgia in 2008 because Georgians wanted to be free of Russian control. In 2014, Russia invaded Ukraine because Ukrainians wished to be free of Russian domination. In 2016, Moscow effectively closed the Azov Sea in an attempt to strangle the Ukrainian economy.

Putin’s recent erratic speeches reflect Russia’s long-term strategy for Eastern Europe and beyond. Russian troops in Belarus are most likely there to stay. The Kremlin is on a quest to rewrite the security architecture for Eastern Europe. Putin’s vision for Europe is clear and simple: a continent with more Russia and less America. He will not stop invading independent and free Eastern European countries.