Afghan-Pakistani Reconciliation: A Brief Thaw, or Something More? 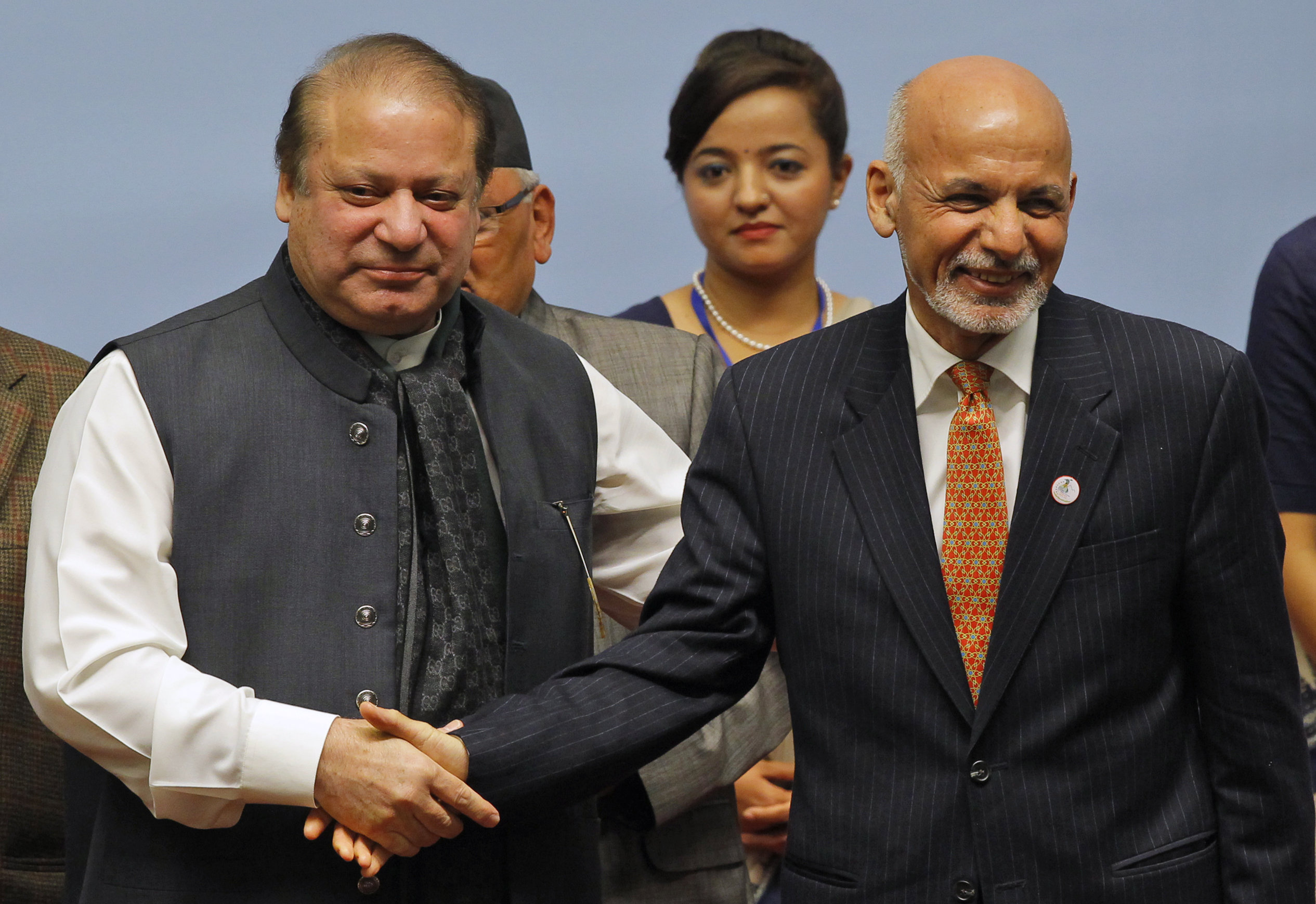 Recent initiatives by President Ashraf Ghani's administration are spurring new thinking about the relationship between Afghanistan and Pakistan, but decades of deep suspicion still resonate. What concrete actions must each side offer the other in order to build mutual confidence? Is reconciliation the key for the military defeat and political dispatch of Taliban insurgencies in each country?

The Middle East Institute's Louis R. Hughes Lecture Series was pleased to host Walter Andersen (SAIS), Thomas Lynch (National Defense University), Khalid Nadiri (SAIS) and Reza Rumi (National Endowment for Democracy) for a discussion of the prospects for political reconciliation between Kabul and Islamabad, as well as the greater geopolitical impacts and economic implications that improved relations between the two could have. Marvin Weinbaum, director of the Center for Pakistan Studies at the Middle East Institute, moderated the discussion.

Walter Andersen is the administrative director of the South Asia Studies Program at the Johns Hopkins School of Advanced International Studies and a member of the international relations faculty at Tongji University in Shanghi. His last position in the State Department was as chief of the U.S. State Department's South Asia Division in the Office of Analysis for the Near East and South Asia. He has held other key positions, including special assistant to the ambassador at the U.S. Embassy in New Delhi and member of the Policy Planning Staff in Washington, D.C. His current research involves Hindu nationalism and India's assertive foreign policy in the Indian Ocean and its littoral.

Thomas Lynch III is a distinguished research fellow for South Asia and the Near East at the Institute of National Strategic Studies at the National Defense University in Washington, D.C. His scholarly work addresses Pakistan, Afghanistan, India & the Subcontinent, the Gulf Arab States, and the trajectory of radical Islam. He served 28 years on active duty in the U.S. Army, including assignments as special assistant to the Chairman of the Joint Chiefs of Staff, commander of the U.S. Army War Theater Support Group in Doha, Qatar, director of the Advisory Group for the Commander, U.S. Central Command, and military special assistant to the U.S. ambassador to Afghanistan.

Khalid Nadiri is a doctoral candidate at the Johns Hopkins School of Advanced International Studies. Mr. Nadiri has spent much time in Afghanistan and the surrounding region and has interviewed a wide range of historical and contemporary Afghan political figures on Afghanistan's political economy, domestic politics, and foreign policy. He has presented his research in numerous academic fora, and has participated in Track II regional discussions on prospects for establishing lasting peace in Afghanistan. Prior to joining SAIS, Nadiri held research positions at the RAND Corporation and the Council on Foreign Relations, and worked in investment banking at Citigroup. His writing has appeared in International Security and the Brookings Lawfare blog.

Raza Rumi is a a visiting fellow at the National Endowment for Decmoracy and a senior fellow with the Jinnah Institute, a public policy think tank located in Islamabad. He is a consulting editor of the weekly, The Friday Times, and writes columns for leading Pakistani newspapers and journals. He has also worked as a TV show host in Pakistan. Previously, he was affiliated with the U.S. Institute for Peace and worked as a governance expert for the Asian Development Bank, the United Nations Mission in Kosovo, and as an officer of the Pakistan Administrative Service in the government of Pakistan.

Marvin Weinbaum (moderator) is director of the Center for Pakistan Studies at the Middle East Institute. He is professor emeritus of political science at the University of Illinois at Urbana-Champaign, and served as analyst for Pakistan and Afghanistan in the U.S. Department of State’s Bureau of Intelligence and Research from 1999 to 2003.