The Future of the U.S.-Saudi Relationship 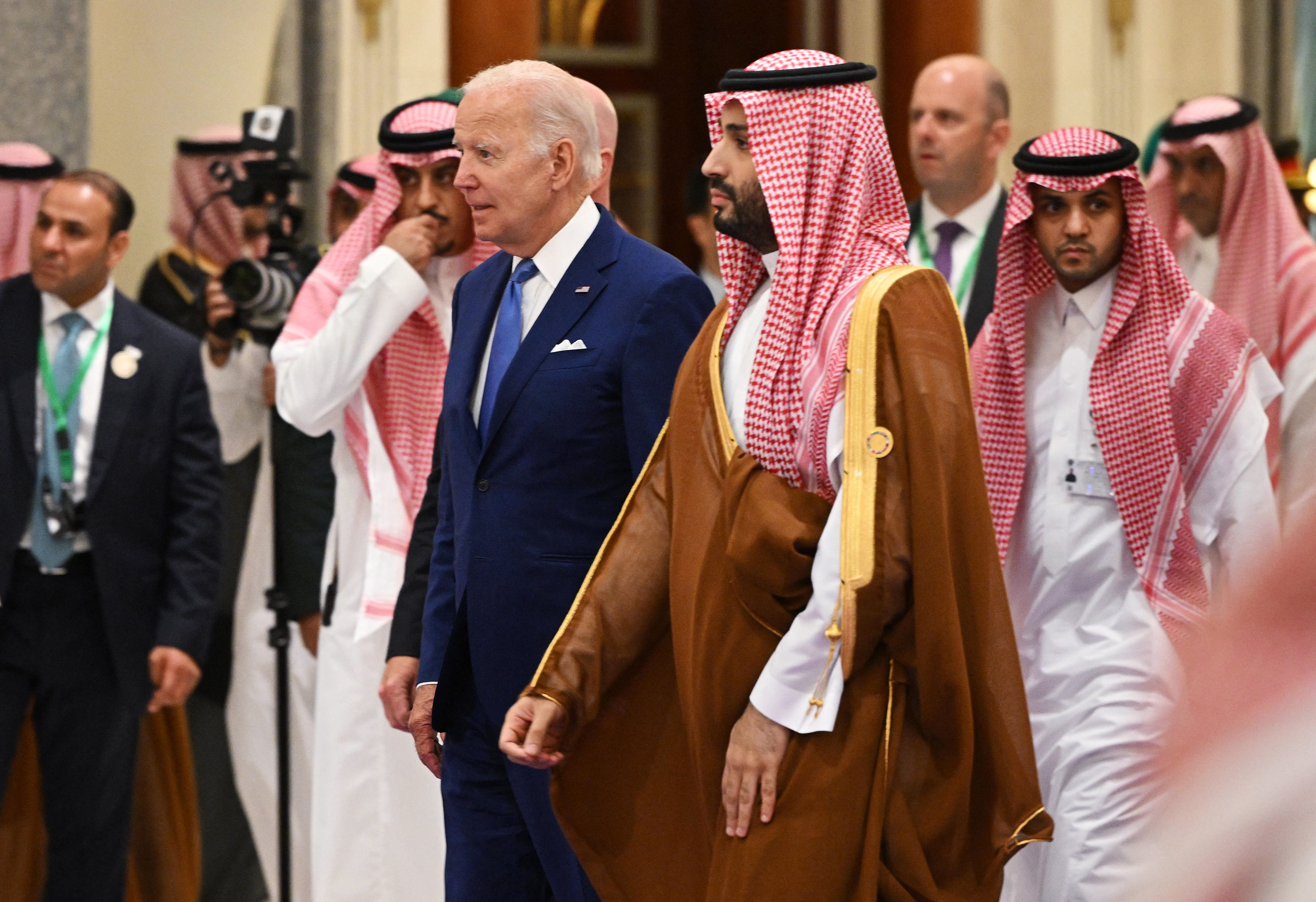 White House national security spokesperson John Kirby said this week that President Joe Biden will consider reevaluating the U.S. relationship with Saudi Arabia after the latter’s decision, along with other OPEC+ members, to cut oil production by two million barrels per day. Congressional leaders on both sides of the aisle have called for stopping American arms sales and military support to the kingdom. Saudi officials, in turn, have stated that their government’s decision is not political but purely driven by long-term economic considerations. With mistrust seemingly governing relations between Saudi Arabia and the United States, how can this acute crisis be effectively managed? What can the two sides do to find common ground?

Joanne Held Cummings
Joanne Held Cummings is a distinguished senior fellow on national security at the Middle East Institute. She retired as a Foreign Service Officer from the U.S. Department of State. She was most recently the POLAD to the Combined Joint Task Force against ISIS (CJTF-OIR) from 2018 to 2020. Prior to the State Department, Ms. Cummings advised institutions across the Middle East on education and development through her offshore company in Cyprus.

Kevin Donegan
Vice Admiral Kevin Donegan (USN, ret.) served as commander of the U.S. Navy’s Fifth Fleet and commander of the 32-nation Combined Maritime Forces in the Middle East. In the Pentagon, he served as deputy chief of the Navy for operations, strategy and planning, leading the development of the U.S. Maritime Strategy and was the service lead for the guiding strategy for the Department of Defense. He was responsible for international relations and oversaw initiatives for innovation across the Navy with a focus on implementing cybersecurity, artificial intelligence, unmanned systems and big data management. He led the Navy task force to rapidly assess damage and mitigate risks after a major national cybersecurity breach. Vice Admiral Donegan was director of operations for U.S. Central Command, where he managed combat and other operations for all U.S. joint military forces in the Middle East. Vice Admiral Donegan has been a national security lecturer at the Kennedy School of Government at Harvard University, the U.S. Naval War College and the University of Virginia.

Bruce Riedel
Bruce Riedel is a senior fellow and director of the Brookings Intelligence Project, part of the Brookings Strobe Talbott Center for Security, Strategy and Technology. In addition, Riedel serves as a senior fellow in the Center for Middle East Policy. He retired in 2006 after 30 years of service at the Central Intelligence Agency. He was a senior advisor on South Asia and the Middle East to four presidents of the United States in the staff of the National Security Council at the White House. He was also deputy assistant secretary of defense for the Near East and South Asia at the Pentagon and a senior advisor at the North Atlantic Treaty Organization in Brussels. Riedel was a member of President Bill Clinton’s peace process team and negotiated at Camp David and other Arab-Israeli summits. In January 2009, President Barack Obama asked him to chair a review of American policy towards Afghanistan and Pakistan. In 2011, Riedel served as an expert advisor to the prosecution of al Qaeda terrorist Omar Farooq Abdulmutallab in Detroit. In December 2011, Prime Minister David Cameron asked him to brief the United Kingdom’s National Security Council in London on Pakistan.

Bilal Y. Saab
Bilal Y. Saab is a political-military analyst on the Middle East and U.S. policy toward the region. He specializes in the Levant and the Gulf and focuses on security cooperation between the United States and its regional partners and national security and defense processes in Arab partner countries. At the Middle East Institute (MEI), Saab is currently senior fellow and director of the Defense and Security Program. In addition, he is an adjunct assistant professor at Georgetown University’s Security Studies Program in the School of Foreign Service. Prior to MEI, Saab served as Senior Advisor for Security Cooperation (SC) in the Pentagon’s Office of the Under Secretary of Defense for Policy, with oversight responsibilities for U.S. Central Command (CENTCOM). In his capacity as the Department of Defense’s lead on security cooperation in the broader Middle East, Saab supported the Under Secretary of Defense for Policy’s responsibility for SC oversight by leading prioritization and strategic integration of SC resources and activities for the USCENTCOM Area of Responsibility.

Saudi Arabia at 90: Ushering in a Neo-Saudi state?