Iraq, Turkey, and the U.S.: Strengthening the Anti-ISIS Coalition 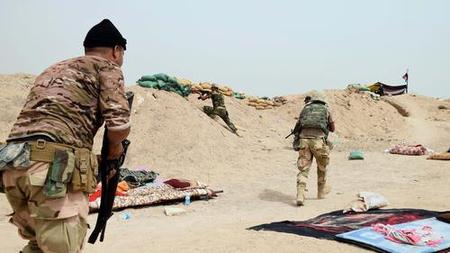 The security balance in Iraq has changed dramatically since the emergence of ISIS, giving rise to new actors in Iraqi politics. Among these are sectarian and ethnic militia groups formed in the wake of the security forces' failure to counter ISIS offensives. How can Iraq's disparate groups and power centers collaborate to tackle the security challenges and work to build domestic political cohesion?

The Middle East Institute's Center for Turkish Studies and the Middle East Strategic Research Center (ORSAM) in Ankara were pleased to host a discussion on the security situation in Iraq. The panelists examined the security challenges facing the region, the impacts on Turkey, and U.S. views on developing an Iraqi national approach to security.

Anthony H. Cordesman holds the Arleigh A. Burke chair in strategy at the Center for Strategic & International Studies (CSIS). Cordesman has led studies on national missile defense, asymmetric warfare and weapons of mass destruction, and critical infrastructure protection. He is the author of a wide range of studies on U.S. security policy, energy policy, and Middle East policy and has served as a consultant to the Departments of State and Defense during the Afghan and Iraq wars.
Bilgay Duman is a researcher at Middle East Strategic Research Center (ORSAM), focusing on Middle Eastern affairs and Iraq, in particular. He is currently pursuing his doctoral degree.

Saban Kardas is an associate professor of international relations at TOBB University of Economics and Technology in Ankara, Turkey.

Hicran Kazanci is  the coordinator and Turkey representative of the Iraqi Turkmen Front. In 1994, Kazanci obtained his Masters and Ph.D. degrees from Ankara University and continued working as an academic until 2003. Kazanci was active in various sectors of the Iraqi Turkmen Front (ITF) and also served as the deputy representative and political consultant to the ITF Ankara Representation.

Gonul Tol is the founding director of the Middle East Institute's Center for Turkish Studies and will moderate the event.