The Kurds' New Clout in U.S. Ties with Turkey and Iraq 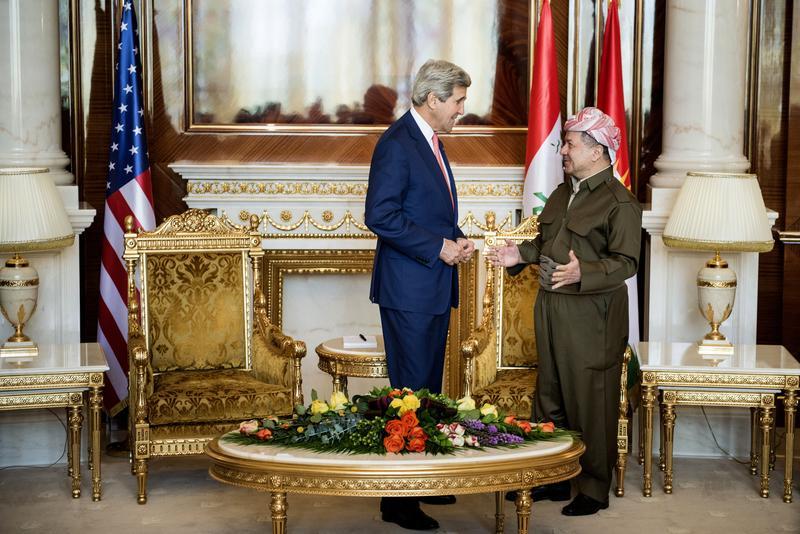 The rise of the Kurds as a key player in the fight against the Islamic State has put U.S. relations with the governments in Baghdad and Ankara to the test. If the U.S. collaborates with the Kurds with greater intensity and in broader areas of policy in the coming years, how will this affect U.S.-Turkish and U.S.-Iraqi relations? What will the implications be for the Kurdistan Regional Government?

The Middle East Institute's Center for Turkish Studies was pleased to host a panel discussion on these and other aspects of the challenges and opportunities in U.S. relations with Turkey and with Iraq in light of the growing regional influence of the Kurds.

The participating speakers were:

Denise Natali is a senior research fellow at the Institute for National Strategic Studies (INSS) where she specializes on the Middle East, trans-border Kurdish issues, regional energy security, and post-conflict state-building. Dr. Natali joined INSS in January 2011 as the Minerva Chair, following more than two decades of researching and working in the Kurdish regions of Iraq, Turkey, Iran, and Syria. Previously, Dr. Natali worked on the Gulf Relief Crisis Project for the American Red Cross International Division in Washington, D.C., as director of cross-border operations for a non-governmental organization (NGO) in Peshawar Pakistan, and as an information officer for USAID's Office of Foreign Disaster Assistance in northern Iraq. Dr. Natali is a columnist for al-Monitor and is a member of the International Institute for Strategic Studies.

Gönül Tol is the founding director of the Middle East Institute’s Center for Turkish Studies. She is also an adjunct professor at George Washington University’s Institute for Middle East Studies. She received her Ph.D. degree in Political Science from Florida International University where she was a graduate fellow at the Middle East Studies Center.  She previously worked at the U.S. Representative Office of the Turkish Industry and Business Association (TUSIAD). She was also an adjunct professor at the College of International Security Affairs at the National Defense University.

Daniel Serwer is a senior research professor of conflict management and senior fellow at the Center for Transatlantic Relations at the Johns Hopkins School of Advanced International Studies, as well as a fellow at the Middle East Institute. Formerly vice president for Centers of Peacebuilding Innovation at the United States Institute of Peace (2009-2010), he led teams there working on rule of law, religion, economics, media, technology, security sector governance, and gender.  He was also vice president for Peace and Stability Operations at USIP (1998-2009), where he led its peacebuilding work in Iraq, Afghanistan, Sudan, and the Balkans and served as executive director of the Hamilton/Baker Iraq Study Group. Serwer has worked on preventing inter-ethnic and sectarian conflict in Iraq and has facilitated dialogue between Serbs and Albanians in the Balkans.