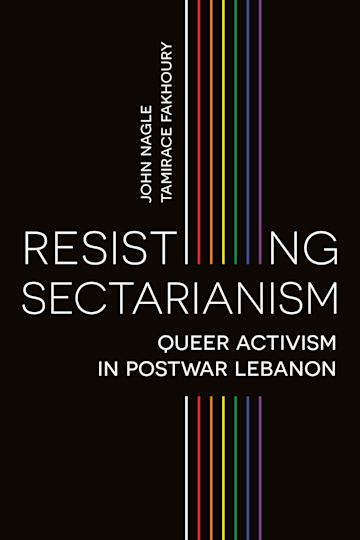 MEI is pleased to host a fireside chat with John Nagle and Tamirace Fakhoury to discuss their most recent work on the role and evolution of feminist and LGBTQ social movements in the context of Lebanon's postwar sectarian system. Nagle and Fakhoury’s research and ethnographic fieldwork contribute to a growing literature on queer activism in a region that remains notoriously homophobic and oppressive against sexual minorities. In fact, five of the ten countries in which homosexuality is sanctioned by death today are in the Middle East.

Despite its many struggles, Lebanon remains one of the region’s most interesting case studies, primarily because of the Lebanese queer movement’s ability to contest the sectarian state and create change in an environment where activists are subjected to surveillance, harassment, violence, and imprisonment. In this special event, John Nagle and Tamirace Fakhoury are joined in conversation by Christophe Abi-Nassif, director of MEI’s Lebanon program, to examine their latest book’s main themes and arguments on sexuality and sectarianism in postwar Lebanon.

Tamirace Fakhoury
Tamirace Fakhoury is Associate Professor of Political Science at Aalborg University in Copenhagen. She is also the Scientific advisor to the Middle East Chair at Sciences Po in Paris (2020-2022). Prior to joining Aalborg University, Tamirace was an Associate Professor at the Lebanese American University and the director of the Institute for Social Justice and Conflict Resolution (ISJCR). From 2012 until 2016, she was a visiting Assistant Professor in the summer sessions at the University of California in Berkeley. Her core research and publication areas are power-sharing and ethno-sectarian conflicts; social movements and contentious politics in the Middle East; migration and refugee politics in conflict areas, and the European Union’s external migration policy.

John Nagle
John Nagle is Professor of Sociology at Queen’s University Belfast and a Fellow at SEPAD (Sectarianism, Proxies & De-sectarianisation), a project hosted at Lancaster University. His research examines the relationship between social movement activism and power-sharing in the aftermath of political violence. Professor Nagle has published five books and a number of articles in leading international journals and has provided analysis for several media organizations.

Why Hezbollah wanted the Ministries of Finance and Public Works