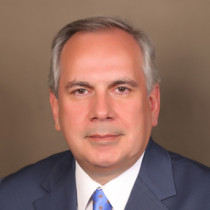 Mahmood Sariolghalam earned his MA and PhD in international relations at the University of Southern California, and he pursued a post-doctorate at the Ohio State University. He has taught in a number of countries over nearly three decades, including in Europe, the Middle East, and the United States. He specializes in the political economy of development, U.S.-Iranian relations, and Iranian foreign policy and political culture. His current research focuses on the political psychology of authoritarianism and conceptual roots of Iranian foreign policy.

Professor Sariolghalam spent the 2009-10 academic year at Kuwait University and was a member of the Global Agenda Council at the World Economic Forum in 2015-18. He has made 639 presentations in 114 countries over the last 28 years, including at the Brookings Institution, Carnegie, Chatham House, and ASERI, among others. His recent publications include “The Role of Algorithms in the Persistent US-Iranian Impasse,” Middle East Institute, April 16, 2021; “Iran Uninterrupted,” Carnegie Endowment for International Peace , June 8, 2021; “Crises of Governance: The Continuing Middle Eastern Predicament,” in Rondo, III, Kyoto University, February 2021; “Prospects for Change in Iranian Foreign Policy,” Carnegie Endowment for International Peace, (2018); Iranian Authoritarianism During the Pahlavi Period (Farsi), Third edition, 2020; “Sources of Continuity In Iran’s Foreign Policy,” in Gulf Politics and Economics in a Changing World edited by Michael Hudson and Mimi Kirk (World Scientific Publishing Co., 2014); Rationality and Iran’s National Development, Seventeenth edition, 2021; Iranian Authoritarianism During the Qajar Period (Farsi), fourteenth edition, 2021; “Transition in the Middle East: New Arab Realities and Iran,” Middle East Policy, Spring 2013; “The Evolution of State in Iran: A Political Culture Perspective,” Strategic Studies Center of Kuwait University, 2010; Iran’s Political Culture, a field research in Farsi based on 900 questionnaires, eighth edition, 2021; “International Relations in Iran: Achievements and Limitations,’ in International Relations Scholarship Around the World edited by Arlene Tickner and Ole Waever (Routledge, 2009) and “Iran in Search of Itself,” in Current History, December 2008. His political novel on post-revolutionary Iran, Battered Blossoms (in English), is under review. 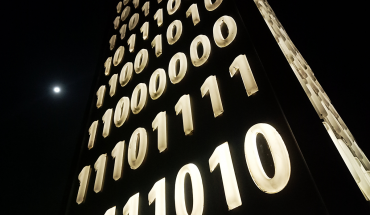 The role of algorithms in the persistent US-Iranian impasse