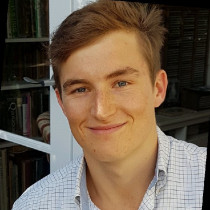 Nick Lyall started out as a researcher at the Australian National University, where he spent multiple years engaging in interdisciplinary projects primarily at the National Security College, but also at the International Relations Department and Melanesia Studies Centre. The work he either lead or collaborated on was published in the journal Cliodynamics, the UK Ministry of Defence’s "Global Strategic Trends Report," and The Conversation. During this time, Nick began publishing geopolitical analysis on China, the Middle East and Russia, and his analysis can be found in The Diplomat, the East Asia Forum, The National Interest, Institute for Regional Security, E-IR, and Foreign Brief.

In 2018, Nick moved to Amman, Jordan, where he is still based. The first reason for this was to pursue the aims of the Wicked Problems Initiative, a research initiative he started to promote systems change regarding how networked and collaborative ecosystems can be co-created across bottom-up and top-down actors who are involved in tackling complex development problems. The second reason was to pursue freelance research consulting and projects in Jordan, focusing on engaging with think tanks, academics and the private sector regarding Middle Eastern conflict systems and international relations, as well as China's current and future interests in, and impacts on, Middle Eastern political economies and development. Nick's work on China in the Middle East saw him travel to Shanghai to present at an international conference regarding China’s prospective role in the Syrian reconstruction, and he was a co-author of the paper later published from this work in The Middle East Journal. Nick is also pursuing the above-mentioned China in the Middle East work through his fellowship as a Yenching Scholar at Peking University, a fellowship he is pursuing remotely from Jordan.

Nick is an intermediate Arabic speaker, and is also learning Mandarin. 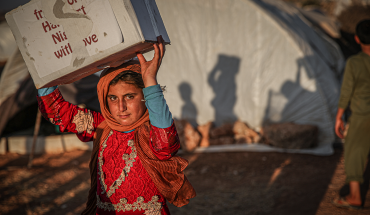