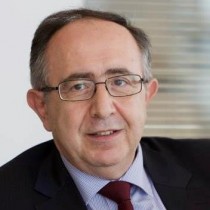 Since 2010, Dr. Samir al-Taqi has served as the General Director of Orient Research Centre (ORC), an independent think-tank focused on strategic and political studies in the Gulf and the Middle East based in Dubai, U.A.E. From 2005 until 2010, al-Taqi was the director of the Orient Centre for International Studies in Damascus, affiliated at the time with the Syrian Foreign Ministry until the center was shut down by the Syrian government. A cardiothoracic surgeon by profession, al-Taqi served as the Head of Medical Services at the Health Department in the Governorate of Aleppo, supervising and auditing the operation of all hospitals in the governorate. In the early 2000s, he consulted on health issues for the Syrian Ministry of Health, as well as Syrian Prime Minister Muhammad Naji al-Otari. From 1994-1998, Dr. al-Taqi served one term as a member of the Syrian Parliament. Al-Taqi was an academic fellow at the University of St. Andrews, Scotland, from 2010 until 2011. He has written and presented extensively on the Syrian state’s structure and decision-making apparatus; political and strategic problems in the Middle East; and international relations. Dr. al-Taqi is a graduate of the University of Aleppo, Faculty of Medicine.