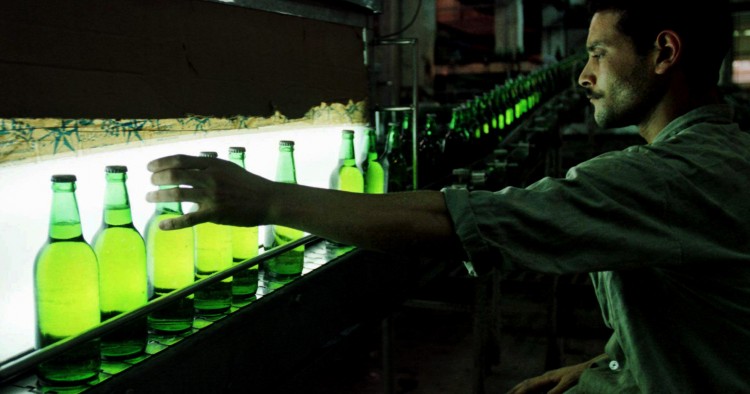 As voters headed for the polling stations in late May to elect a president for the second time since Hosni Mubarak’s 2011 ouster, the interim authority announced the state budget for the 2014 financial year. The budget included austerity measures that were sure to be painful for ordinary Egyptians, and the timing of the announcement suggests that the interim authority wanted to shield the new president from responsibility.

But in a surprise move, President Abdel El-Fatah el-Sisi asked his new government to narrow the budget deficit from a projected 12 percent of GDP to about 10 percent (i.e., from 280 billion to 239.9 billion EGP),[1] a move that required even deeper subsidy cuts.

Beginning with these measures, the government aims to completely liberalize energy prices in the next three to five years. This is to be achieved through a staggered process that includes identifying groups that will be spared the impacts of this program. The task of identifying these groups will be left to the new parliament.

Food subsidies will be cut from 34.6 billion EGP to 31.6 EGP.[4] However, the government is inaugurating a new system of wheat distribution intended to reduce leakages to the black market and present consumers with a wider array of subsidized food options. Citizens with a monthly income less than 1,500 EGP (about $209) can register with this subsidized food distribution system.[5]

The subsidy cuts increased the operational costs for small-scale farmers and the cost of public transportation used mainly by Egyptians from lower socioeconomic groups.  The Central Agency for Public Mobilization and Statistics announced that vegetable prices increased by 7.4 percent and transportation costs rose 11.2 percent in July, when the energy price hikes went into effect.[6]

The decision to slash energy subsidies received a cautious welcome from the global business community. With Egypt’s government debt now at 88.8 percent of GDP,[7] many observers view subsidy reforms as a necessary step toward fiscal sustainability.

Credit analysis agency Fitch Ratings, for example, described the reform as a positive step for Egypt’s credit profile.[8] Bank of America Merrill Lynch praised Sisi’s “bold” measures, adding that the president’s confidence in going for a large rather than gradual price increase stems from the absence of an organized opposition to challenge his power. Both institutions, however, warned of the possible impacts of price hikes on inflation. Fitch predicts social pressure from the return of double-digit inflation (which reached 10.7 percent in July), while Bank of America Merrill Lynch highlights the risks of implementing austerity measures without a developed safety net. Egyptian ministry of planning predicted that inflation will reach 14.5 percent at the end of current fiscal year.[9]

The interim authorities made several efforts to soften the blows of Egypt’s slow economic growth, a consequence of both global financial crises and domestic political turmoil. Beginning in October 2013, the government launched two stimulus plans worth a total of 63.6 billion EGP. Part of the spending was aimed at public projects that would employ large numbers in an attempt to tackle the high unemployment rates that had reached 13.4 percent in the 4th quarter of 2013.[10] Money was earmarked to fund the newly instituted minimum wage in the public sector, set at 1,200 EGP monthly, which would also hopefully stimulate private consumer spending. In the new budget, Sisi’s government also increased cash transfers to poor Egyptians without protection from 5 billion EGP last year to 10.7 billion EGP, which will cover nearly half of poor families in Egypt.[11] The government is working on developing a pension system as well as public health care insurance that will cover more citizens. However, more work is needed to make these programs operational.

In addition to fuel price increases, the government has also increased sales taxes on cigarettes and alcohol as part of a new tax package that aims to increase public revenues. For cigarettes, the flat tax goes up from 25 to 40 cents per pack; for beer, the sales tax is doubled, and for wine it goes up 150 percent.[12] These include taxes on stock market gains, new taxes to be levied on Egyptian citizens’ activities abroad, and a temporary additional 5% income tax on yearly incomes that exceed 1 million EGP.[13]

The Cost of Austerity

The budget deficit might have been closer to 15.8 percent had Gulf states not provided an estimated 17 billion USD in aid after Mohamad Morsi’s ouster.[14] And unless Gulf aid continues at this level, narrowing the budget deficit will require strong austerity measures for the foreseeable future.

The government is predicting 3.2 percent growth in 2014-2015, with private consumption reaching 81.5 percent of GDP. However, the combination of rapid steps toward liberalizing energy prices and a new package of taxes could ultimately have a negative effect on internal demand, keeping these figures out of reach. Egyptian Initiative for Personal Rights (EIPR), which has as its mission the strengthening and protection of basic rights and freedoms in Egypt, criticized the economic measures for reducing subsidies without providing an adequate system of social protection.[15] EIPR faulted the economic measures for being made without any social dialogue and in the absence of any channel that would allow for the voices and visions of the poor to be taken into account regarding the effectiveness of public spending.

An unpublished Bank of America report dated July 8 stated that it was “comforted” by the “muted public response” to the austerity measures.[16] The public response has not been nearly as dramatic as it was when President Anwar Sadat introduced similar subsidy cuts in 1977, but there is no doubt that there is considerable discontent.

[2]Reem Abdel Halim, "Fiscal Statement of the State’s Public Budget for the Fiscal Year 2014/2015 Austerity Measures and a Rush to Counteract a Crisis at the Expense of Social Justice,” Egyptian Initiative for Personal Rights, http://eipr.org/sites/default/files/pressreleases/pdf/fiscal_statement…

[14]Sherif Zaazaa, “Economy in a Week: Funds from Gulf and EU,” Mada Masr, 15 December 2013, http://www.madamasr.com/content/economy-week-funds-gulf-and-eu. See also Reem Abdel Halim, "Fiscal Statement of the State’s Public Budget for the Fiscal Year 2014/2015 Austerity Measures and a Rush to Counteract a Crisis at the Expense of Social Justice.”

[15]Reem Abdel Halim, "Fiscal Statement of the State’s Public Budget for the Fiscal Year 2014/2015 Austerity Measures and a Rush to Counteract a Crisis at the Expense of Social Justice.”

One Country, One Province: China’s External Industrial Policy in the Middle East