The dangers of empowering the Taliban 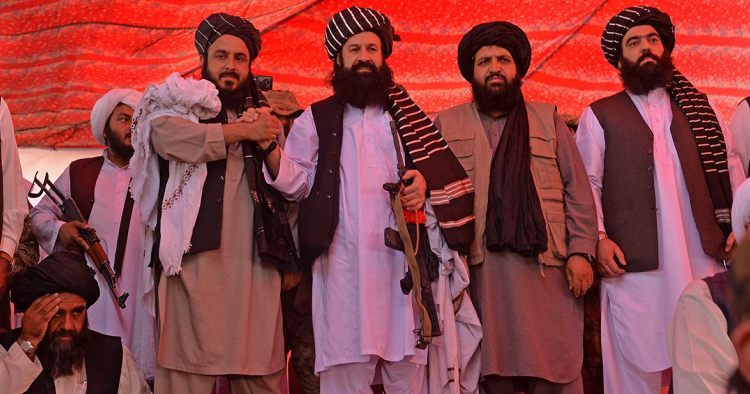 For years, the world tried to soften the Taliban’s extremist ideology by exposing them to modernity. As an insurgency they learned diplomacy and negotiation tactics, but their medieval thinking remained just as rigid. Now that the Taliban rule over Afghanistan, the international community continues to appease them, assuming it can convince them to form an inclusive government and ease their regressive policies while alleviating the country’s worsening humanitarian disaster. That is a naïve assumption that overlooks the root causes of the current crisis. Not only will the international community not get what it wants, but it also risks creating a much greater crisis: a Taliban theocracy that institutionalizes its repressive rule at a steep human and economic cost.

The international community’s first priority has been to avert an unprecedented humanitarian and economic crisis, which has been severely exacerbated by the Taliban’s takeover of Afghanistan. Efforts thus far have focused on conventional approaches, such as lifting sanctions, releasing frozen assets, and pouring billions of dollars into ineffective and inefficient channels such as the U.N. These efforts ignore the fact that the main drivers of the crisis are political, not economic. The Taliban’s incompetence, discrimination, and intimidation have caused massive human and physical capital flight, disrupted the public sector and the economy, and undermined any sense of trust or stability.

No amount of aid will avert the catastrophe. Even if nearly $1 billion of the $9.1 billion in cash reserves in private banks is released, Afghans are likely to use the money to flee the country rather than inject it into the market by buying critical commodities. The argument that unfreezing assets will bring economic and currency stability assumes that the Taliban will govern the Central Bank as a professional monetary institution — a task they are neither willing nor capable of carrying out. Moreover, there is already ample evidence of misuse of humanitarian aid by the regime: They have discriminated against people in need based on their ethnic and religious identity and have used aid to pay their fighters’ salaries. Thus, as the amount of aid and engagement increases, so too will the group’s grip on power, while poverty will only deepen. President Joe Biden’s recent unjust and illegal executive order to split $7 billion of these assets between 9/11 victims and humanitarian aid will further destabilize the country’s economy while minimizing the international leverage over the Taliban. The question, then, remains: How much aid is the world prepared to provide, and for how long?

As a second priority, the world has tried to encourage the Taliban to form an inclusive government by including non-Pashtun ethnicities in their emirate. It is unlikely that the regime will agree to this as it would, in its view, taint its ethnic identity. One of the reasons that the Taliban’s Islamist ambitions have remained limited to Afghanistan is because of their deep merger with Pashtun identity and the goal of creating a mono-ethnic power structure. Even if they agreed to include other ethnic groups in their government, little would change. Inclusive and representative governance is only meaningful in a pluralistic and democratic system, where the voice and approval of the people drive state legitimacy and public policies. In authoritarian regimes, in which one or a handful of people make all the decisions with no accountability, their identity makes little difference. Old empires and monarchies in the region have long filled their royal courts with ethnic minorities, knowing that they did not have the power to pose any real threat. The Taliban already have several officials from other non-Pashtun communities, including their deputy prime minister, who is an Uzbek; their chief of army personnel, who is a Tajik; and two Hazara deputy ministers. Yet, these ethnic groups — particularly the Shi’a Hazaras — suffer structural persecution at the hands of the regime on a daily basis. Moreover, calls for inclusivity ignore women, the largest disenfranchised group in the country, who have put up the fiercest resistance against the regime. The Taliban will never incorporate women into government.

The third aim of the international community has been to convince the Taliban to soften their medieval governance methods. The result, however, has been the opposite: The group’s extremism has only hardened since their return to power last August. This is in line with the takeaways from years of talking peace with them and experiences in other parts of the world, which show that appeasing authoritarian rulers only emboldens them. During the negotiations in Doha, I observed how compromises made as confidence-building measures only solidified the Taliban’s intransigence and their refusal to abandon their maximalist positions. The most striking example of this was the release of 5,000 of their prisoners in the face of U.S. pressure; most of those released returned to the battlefield and the gesture did nothing to help at the negotiating table. The futility of international investment in the Taliban’s political office in Qatar is evidence that the rare tendency of some of their leaders to compromise has no effect on the group’s broader worldview — thus, such leaders are easily sidelined. A key example is the movement’s co-founder, Mullah Abdul Ghani Baradar: He was expected to become the highest Taliban decisionmaker, but instead has completely lost his relevance and authority to hardliners, such as the leader of the notorious Haqqani Network, Sirajuddin Haqqani, who runs the Ministry of Interior. The more the Taliban consolidate their power, the more unyielding they become to domestic demands and external pressures. They expect that in the end, the international community’s national security interests will trump its stewardship of humanitarian values; in the Taliban’s view, it will ultimately acquiesce and give them access to financial and political resources.

International efforts thus far have assumed that the Taliban are a conventional state apparatus that intends to abide by international law. However, groups like the Taliban derive their legitimacy partly from defying the international order. For such regimes — as we have seen in North Korea, Syria, Iran, and in the old Soviet republics — grim prospects of human suffering and hunger or the attractions of political acceptance are no deterrent to bad behavior. Unless the international community realizes that, its current approach — including the decision about the fate of frozen assets in the U.S. — will only bring further destitution to people in Afghanistan and chaos to the region, both through the worsening humanitarian and economic catastrophe and the empowerment and institutionalization of a predatory and fanatical regime. No one wants to live under such a regime, and the people of Afghanistan, who strive for freedom and dignity, are certainly no exception. Helping Afghanistan must begin by acknowledging that the Taliban are at the heart of the problem, not the solution.

Sayed Madadi was the Director of Foreign Relations at Afghanistan’s State Ministry for Peace and a Senior Member of the Joint Technical Secretariat of Afghan Peace Negotiations in Doha, Qatar. He tweets at @madadisaeid. The views expressed in this piece are his own.