The diplomatic ice is breaking in the Gulf. What does that mean for the region? 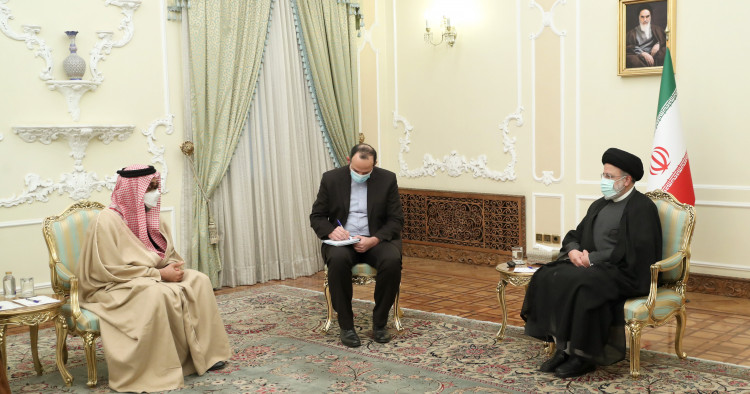 The announcements in mid-August that both the United Arab Emirates and Kuwait will be returning their ambassadors to Tehran after six years provided the latest indication that the diplomatic ice has started to break in the Gulf region. Reports that Saudi Crown Prince Mohammed bin Salman has proposed for the Saudi and Iranian foreign ministers to meet in Baghdad offered further evidence of a shift in the regional political winds.

None of these developments comes as a surprise, of course. The UAE has been engaged in a dialogue with the Iranians at least since 2019 and had made clear that it was seeking opportunities to reduce the risk of conflict in the region. In fact, at that time, the Emiratis explained their decision to withdraw UAE forces from the Yemen civil conflict (but not the counterterrorism project) as a “signal” to Iran of their desire to remove a source of bilateral friction. Emirati presidential advisor Anwar Gargash previewed Abu Dhabi’s decision to send its ambassador, Saif Mohammed al-Zaibi, back to Tehran in comments to the press on the eve of President Joe Biden’s mid-July meetings with the Gulf Cooperation Council (GCC) leadership in Jeddah.

Similarly, although Kuwait had withdrawn its ambassador from Iran in 2016 — in solidarity with the Saudis, following the attack on their embassy in Iran — the Kuwaitis had long pursued a moderate policy vis-à-vis the Iranian regime. In that regard, the GCC charged them with the task of engaging Tehran in efforts to open communication and resolve outstanding issues between the Iranians and the Arab Gulf states. For their part, although there is as yet no indication that the Saudis are ready to send an envoy back to Tehran, which they acknowledge is an Iranian priority, their willingness to sustain and even increase the level of their Iraqi-mediated dialogue with the Iranians is an indication of their interest in lowering tensions. And this was almost certainly perceived in Kuwait City and Abu Dhabi as a green light to pursue their own outreach.

Uncertainty about the strength of the U.S. defense and security commitment to the region — especially in light of Washington’s pullout from the Joint Comprehensive Plan of Action (JCPOA) on the Iranian nuclear program as well as Iranian attacks on UAE and Saudi assets in 2019, which drew a tepid U.S. response — undoubtedly contributed to Gulf states’ decisions to engage the Iranians. But it is not the sole explanation of the regional desire to “turn the page” on decades of cold war with the Islamic Republic. The global pandemic, pressure to address domestic political and economic demands, and the need to promote economic diversification have, together, focused Gulf state leaderships on problems at home rather than foreign policy challenges. Moreover, even though the Abraham Accords (UAE, Morocco, Bahrain, Israel) and the subsequent Negev Forum (UAE, Israel, U.S., Morocco, Egypt, Bahrain) have been widely perceived as the solidification of a broader “anti-Iran” regional coalition, the Emiratis, in particular, have never been eager to characterize their normalization of ties with Israel as a move explicitly aimed at Iran. In fact, the Emiratis have generally stressed the economic and commercial benefits that have accrued to the private sector through cooperation with Israel.

In light of these steps to reduce tensions with Iran, the extent to which the potential thaw in relations might open the door to broader problem-solving is an open question. The reopening of full diplomatic relations does meet one of Iran’s consistent demands that regional problems be addressed in regional fora, i.e., without the presence of the U.S. Nevertheless, it remains unlikely that Iran would be willing to address the issue of its ballistic missile programs that have been a source of regional anxiety but which the Iranians perceive as a necessary deterrent against both Israel and the U.S.

Still, diplomatic normalization does somewhat improve the possibility that Iran would be willing to play a constructive role in addressing a second source of regional tension: its support for destabilizing sub-national actors in the neighborhood, especially the Houthis in Yemen. The Saudis have consistently said they have not pursued discussions with Iran about the Yemen conflict, which they argue is an internal matter for Arab states alone to resolve. What also remains unclear is the extent of Iran’s influence with the Houthi leadership. While the Houthis would certainly feel compelled to pay careful attention to Iranian advice, it has never been clear that Iran possesses the capacity or the willingness to force a Houthi decision to end the conflict in the absence of a Houthi desire to do so. Nevertheless, Tehran putting its thumb on the side of a political resolution to the nearly eight-year-old conflict would presumably improve the odds of a successful negotiation.

Further reduction in Gulf regional tensions also offers a potential silver lining for the Biden administration as it nears the end of its year-long negotiation on the return to force of the JCPOA. Iran’s pursuit of a nuclear weapons capability, as opposed to its ballistic missile programs, has always been seen as less of a threat to the Gulf states than it has to Israel. Nevertheless, vocal Saudi and Emirati opposition to the JCPOA when it was originally negotiated in 2015, on the grounds that it failed to address all aspects of Iran’s regional destabilizing activities, created domestic political problems for the Obama administration. Assuming that the newly re-established diplomatic relations between Tehran and its Gulf neighbors offer opportunities to discuss regional concerns via bilateral channels, it is possible that unhappiness with a Biden administration decision to rejoin the agreement will be unexpressed or, at least, muted.