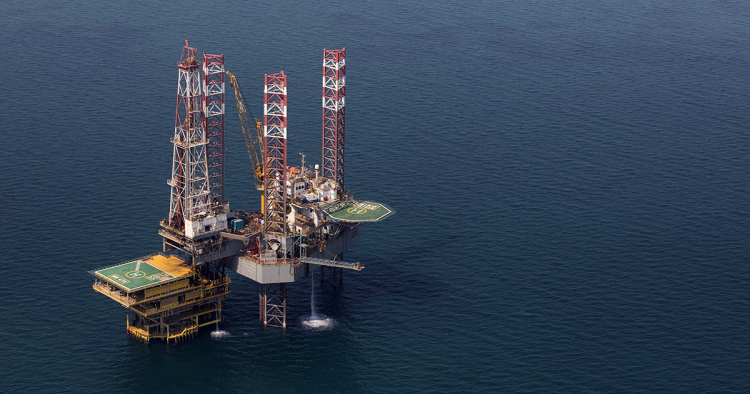 The Dorra Gas Field, located in shallow waters offshore in the northern Arabian Gulf, lies at the junction of competing territorial claims by Kuwait, Iran, and Saudi Arabia. With the growing gas demand in these countries, any production will be absorbed into the domestic network and the impact of production on the global gas and liquefied natural gas (LNG) market will be insignificant. However, the development of the field, if it occurs, may serve as a bellwether for regional relations.

The Dorra Field was discovered in the mid-1960s at a time when maritime boundaries were poorly defined, and gas was not considered a strategic asset. Kuwait and Iran awarded overlapping offshore concessions due to the undefined maritime boundary, while Kuwait and Saudi Arabia developed a neutral zone, known as the Partitioned Neutral Zone (PNZ), covering the on- and offshore border area, wherein all hydrocarbon fields would be developed jointly by their national oil companies. Seeking to develop resources, Saudi Arabia and Kuwait agreed on the delineation of the PNZ and the joint operations within it. As the major oil-producing countries focused on developing reserves in undisputed territory, Dorra, also known as the Arash Field by the Iranians, lay undeveloped. The offshore sector of the PNZ holds the giant Khafji Oil Field and the undeveloped Dorra Gas Field (Figure 1).

Formal discussions around field developments have always been difficult as both Saudi Arabia and Kuwait sought to exploit resources according to their respective timelines, needs, and strategy. Development of oil fields remained the focus of the governments with the Wafra (onshore) and Hout and Khafji (offshore) fields undergoing development while the exploitation of Dorra was not addressed. In the early 2000s, as the two countries’ gas demand increased, discussions resumed between Saudi Arabia and Kuwait over the joint development of the Dorra Field. In 2013 both countries halted negotiations due to differences in pipeline routes and gas production sharing. The original plan delivered produced gas to the Saudi-controlled section of the PNZ, which was rejected by Kuwait, indicating a lack of trust between the two countries. In the subsequent years, 2014-15, a continued difference in operational philosophies led to disputes that eventually resulted in a suspension of oil production from PNZ fields, and Dorra development plans were once again halted. By then, both countries began to see the value of gas as demand grew strongly and each wanted to capture volumes to meet their burgeoning domestic needs.

Kuwait, being gas short, developed a LNG import terminal, buying LNG on the global market. For a major hydrocarbon producer to rely on imported gas since 2008 to supply domestic needs was a difficult decision for the government. Gas demand forecasts indicate Kuwait will require 4.0 billion cubic feet per day (bcfd) by 2030 to satisfy domestic needs. The Saudis turned to their domestic resource base and sought to develop unconventional gas resources such as the Jafurah Field while supplementing internal power needs with liquids.

In late 2019, both countries agreed to resume production from PNZ fields, which served as an indicator that wider talks could resume on the Dorra Field. In late 2020, both countries announced they would appoint a single technical consultant to review and assess the field development plan, production forecast, storage options, and development costs and determine the gas share per country. It remains to be seen whether Kuwait and Saudi Arabia can develop — and maintain — mutual trust to technically cooperate and commercially develop the Dorra Field. History suggests there is a real possibility that another impasse could emerge and the field development might not mature.

One could argue, however, the Dorra Field boundaries are yet to be delineated and could possibly extend eastwards toward the poorly defined demarcation line.

Kuwait and Iran have, at times, engaged in discussions on their common maritime boundary, but no formal agreements have ever been reached. Saudi Arabia and Iran have quietly held talks as well, but according to press reports those have been sporadic and inconsistent, yielding few results to date.

Various recent press announcements indicate that Saudi Arabia and Kuwait intend to proceed with development of the Dorra Field. Both countries, acting as a single negotiating entity, have extended invitations to the Iranians to partake in discussions. Thus far the Iranians have rebuffed the offer. It is unlikely that substantive talks will occur if the Saudi/Kuwaiti venture proceeds with development of the field. One can expect the Iranians to move ahead with their own development plans as they seek to capture what they determine to be their share of reserves. Iran will progress quicker, as a single entity, than a Saudi/Kuwait partnership as the latter have yet to agree on a joint operating agreement and development plan. Dorra development may progress along the same lines as that of the Pars and North Field, where Iran and Qatar exploit the field independently for the benefit of the stakeholders rather than to maximize field recovery.

Kuwait has the most pressing need for domestic gas resources, and thus Dorra development will rank higher on its priority list than Iran or Saudi Arabia, both of which have domestic resources still to be exploited. Dorra, however, represents more of a territorial concern for Saudi Arabia and Iran since both will seek to protect what they deem as “their” rightful resources.

For Kuwait the stakes are high, as a 50% production split of 1.0 bcfd would provide more than 12% of the forecasted 4.0 bcfd the country will require by 2030. For Saudi Arabia an additional 0.5 bcfd would add only 3% to current daily gas volumes. For Iran, assuming participation and exploitation (either in partnership or independently), the addition to its total production is even less since any Dorra/Arash production is dwarfed by the super-giant Pars Field. All three countries, however, are gas short and cannot meet their domestic needs.

Saudi Arabia and Kuwait, although they have publicly stated their desire to co-develop the field, still need to negotiate numerous agreements prior to jointly drafting a field development plan, the first stage in field exploitation. The field is complex and the total capital investment will be well into the billions of dollars. With current supply chain issues and bottlenecks, the development timeline may well push any first production toward the later end of the decade. Should Kuwait and Saudi rely on domestic companies to develop and produce the field, the first production date will be even longer.

The impact on the global gas and LNG market will be inconsequential given that any production will be absorbed into the domestic power and energy sector of any of the three countries. As a result, the development of Dorra/Arash is more of a bellwether for regional relations than it is about the global LNG market.

Wayne Ackerman has more than 30 years’ experience in the upstream exploration and production sector and major capital project development, including LNG. He is also the founder and president of Ackerman and Associates Global Consulting, LLC, and a member of the Advisory Council for MEI’s Program on Economics and Energy. The views expressed in this piece are his own.