How Autonomous Is Autonomy? The Western Sahara Dispute in a Bind 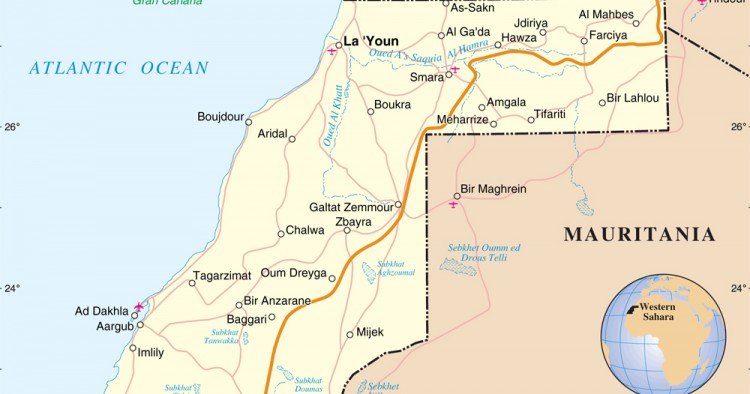 The ongoing negotiations between Morocco and the Algeria-backed Polisario Front regarding the future status of the disputed Western Sahara territory have yet to demonstrate that a seemingly elusive settlement could be a realistic, if distant prospect. With Morocco on the one hand supporting autonomy for the territory within its international border, and Polisario on the other hand advocating the resumption of the stalled UN process leading to a self-determination referendum, the search for a common ground looks to be a near-impossible task. Though autonomy in the abstract world (sometimes intersecting with Washington’s short attention span) seems a perfect fit for an international dispute pitting pro-independence and pro-annexation camps, in the volatile North African context, which sets the dispute in complex parameters, reconciling these two opposites seems a stretch. Yet, the debate about the virtues of each position is worth an exercise in clarifying what’s behind and what’s beyond such eloquent re-statements of interests and objectives.

At the heart of the dispute over the status of the Western Sahara region lay differing characterizations that frame the conflict in stark contrast and with clashing outcomes. First, as for the concept of self-determination, the divisive issues of defining who the people of Western Sahara are and who should take part in a final vote on the political status of the territory is unavoidable. To assume broad consensus — that the majority of Western Sahara’s inhabitants favor independence — will render any Moroccan proposal for autonomy null and void at the outset, because there is no chance that a popular vote in Western Sahara will endorse an autonomy plan. The UN decolonization rules that apply to the Western Sahara case provide for several options, including integration with a sovereign independent state on condition that a high degree of self-government is guaranteed. Hence, autonomy, far from being as such a denial of international justice, is a condition for the realization of self-determination in the case of territorial integration.

However, autonomy cannot be considered as a self-contained principle in the settlement of international disputes, but rather at best as a pragmatic or aspirational tool. To revisit the intractable contradiction between self-determination and territorial integrity is neither helpful nor relevant. The Western Sahara remains a matter of decolonization, for which only a self-determination process, as defined and validated by the international community, can provide an acceptable outcome. Besides, the principle of autonomy cannot subsume by itself the self-determination/territorial integrity dichotomy. Not only is there a shaky ground for the recognition of autonomy as a principle of international law (which self-determination is), if there is any at all, it is in relation to territorial minorities, and in particular, indigenous peoples. In such a context, the right to self-determination can be equated with autonomy in internal and local affairs. Autonomy has yet to translate into democratization, constitutional reform, and individual liberties benchmarks to be validated in a consistent and verifiable manner.

Western Sahara, as a UN non-self-governing territory, remains in theory under the ambit of the UN decolonization rules, which upholds the right for its people to be consulted on the future political status of the territory, defined as independence, free association, or integration. It will require significant political weight to push the Western Sahara issue away from its time honored status of a decolonization case and re-cast it as a minorities’ rights issue in order to fully legitimize and operationalize in the international arena the principle of autonomy.

1884: Western Sahara is colonized by Spain, becoming a Spanish province in 1934.

1973: The Polisario Front is established as the sole representative of the Sahrawis.

1975: Morocco brings its claim to Western Sahara to the International Court of Justice (ICJ). The ICJ rules that the Sahrawis have a right to self-determination, and a referendum is organized by Spain. Under the aegis of King Hassan II, the “Green March” of over 300,000 unarmed Moroccans into Western Sahara takes place, prompting Spain to end its control of the territory, which is then transferred to Morocco and Mauritania by the Madrid Agreement.

1978: Mauritania signs a peace deal with the Polisario Front and renounces its claims to Western Sahara.

1991: In April, the UN Security Council passes Resolution 690, creating the United Nations Mission for a Referendum in Western Sahara (Minurso). The UN brokers a ceasefire in September, to be monitored by Minurso.

2001: UN Special Envoy James Baker submits a “Framework Agreement” to the UN for resolving the conflict, which is rejected by the Polisario Front and Algeria.

2003: Baker presents the “Peace Plan for the Self-Determination of the People of Western Sahara,” a new plan to end the conflict,  which is rejected by Morocco.

2007: In April, Morocco presents its first official autonomy proposal for Western Sahara. In June, Morocco and the Polisario Front start negotiations on a mutually acceptable solution.