How involved was Iran in the Houthi attack on the UAE? 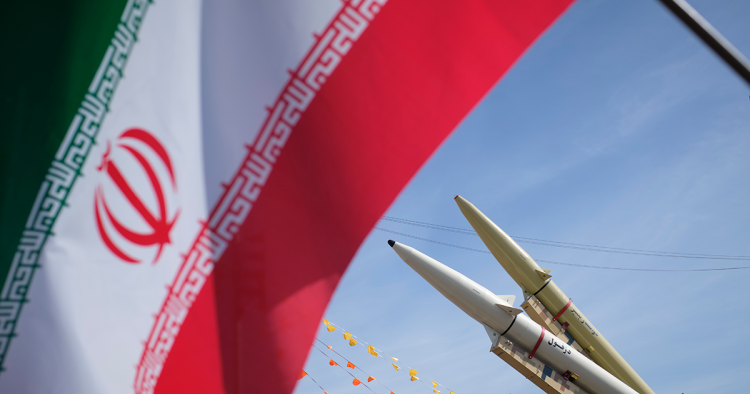 Three days have passed since the Houthi attack on the UAE, yet there’s still a lot we don’t know about what really happened. That’s not uncommon. When the Iranians attacked Saudi oil processing facilities in Abqaiq and Khurais in the fall of 2019, it took several weeks to figure out who truly was behind the attack, where they launched it from, what weapons they used, how those weapons performed, and why Saudi air and missile defenses failed to respond.

Here’s what we do know: The Houthis officially stated that they were the ones who struck Abu Dhabi, and unlike in September 2019 when they made the same claim, this time they might not be lying (back then, it was the Iranians who hit the Saudis from inside Iran using drones and missiles).

The main reason why the Houthis might be telling the truth now is because they are under tremendous pressure in Yemen thanks to UAE-enabled territorial advances by local Yemeni partners called the Giants Brigades. They must have thought that the best way to arrest their strategic decline in Yemen was by sending a clear message to Abu Dhabi in the form of deadly projectiles.

What we also know is that while the Houthis likely launched the attack (we still cannot confirm it wasn’t the Iranians), they couldn’t have done it without the near-continuous weapons shipments from the Iranian Quds Force. The Houthis might have learned a few tricks from the Iranians and the Lebanese Hezbollah on how to assemble drones locally but they definitely don’t have the capability to produce ballistic missiles.

Yet these two parts of the story are not enough to help us answer what in my opinion is the ultimate question: to what extent were the Iranians involved in this attack?

The first scenario is that the Houthis carried out the attack with the full blessing and operational involvement of the Iranians. If that’s the case — and it’s not unlikely because the Houthis, according to the Emiratis, used not just drones with limited payload but also ballistic and cruise missiles, which are much more powerful weapons of war (therefore their use, one would think, would require the permission of the Iranians) — then one has to wonder what’s in it for the Iranians? What’s their strategic calculus or incentive? Why would they hit Abu Dhabi?

When the Iranians attacked Saudi Arabia two-and-a-half years ago, they did it in response to the Trump administration’s “maximum pressure” campaign against them. The attack, ironically, had nothing to do with the Saudis per se. So, is Tehran negotiating with Washington by once again using force against more vulnerable U.S. partners, this time the Emiratis? Do the Iranians see more U.S. sanctions against them on the horizon and thus are trying to stop them? Is this attack part of their broader regional intimidation/bargaining campaign against the Americans, parts of which we saw a week ago in Iraq with those rockets hitting the U.S. Embassy and other parts of the Green Zone?

If this, in effect, is the scenario, then let’s cast serious doubt on the efficacy of the talks between the Emiratis and the Iranians that took place just a few weeks ago in December 2021. De-facto UAE ruler Mohammed bin Zayed dispatched his brother and national security advisor Tahnoun bin Zayed to Tehran precisely to deescalate relations and prevent these kinds of attacks. And it’s not like Tahnoun met with low-level Iranian officials. He discussed bilateral and regional issues with Iranian President Ebrahim Raisi and top Iranian security official Ali Shamkhani. One would think that Yemen came up in the conversation.

The second scenario suggests that the Iranians knew about the Houthis’ intent, didn’t love the idea, yet didn't stop the attack. They put limits on its profile, however, through operational control. In other words, the Iranians approved the strike but commanded the targeting process.

That seems less likely than the first scenario but not unthinkable because there’s a likely precedent for it. It’s probably what happened during the 2006 war between Israel and Hezbollah. At the time, it’s assumed that Iran instructed its Shiite ally not to strike the Israeli petrochemical plants in Haifa (which were clearly within range of Hezbollah’s rockets) to avoid serious escalation and a possible Israeli response against Iran. With this attack on the UAE, the Iranians are less worried about an Emirati response against them, but they do have an interest in averting regional escalation that might draw in the Americans and possibly the Israelis and in maintaining functional ties with Abu Dhabi.

Similar to the logic of the first scenario, it makes sense that the Iranians might have been operationally involved in the attack because the targets chosen could have been different and the damage inflicted could have been a lot worse had the Houthis been totally in charge. The Emiratis claimed that they did intercept some missiles, but had the attack been more carefully planned, more sensitive targets could have been hit, including leadership palaces and densely-populated areas. It’s not entirely crazy that Iran put a check on a more ambitious Houthi strike.

The difference between the first and second scenarios is small but important, and it has to do with who's pushing the envelope. In the first one, the Iranians are in the driver's seat and are out for blood. It doesn't matter who's executing the attack because both them and the Houthis are in full agreement. In the second one, the Iranians still sanction the attack and play the role of enablers, but they're also checking the Houthis' worst impulses by manipulating the process.

A third and final scenario is that the Houthis planned and conducted this attack all by themselves, without consulting with the Iranians. If that’s the case, it means that the Iranians have no control over how the Houthis use the weapons they receive from Tehran. This would seriously challenge the theory that the Houthis, or at least their war effort (not to mention their negotiations behavior), are under close Iranian guidance and supervision.

If it’s true that the Iranians don’t have that kind of power or influence over the Houthis, that’s a problem. It’s a problem for the Saudis, for the Emiratis, for the Americans, and for the U.N. It means that the future of the Yemen war and the political process — currently dead — are inherently at the mercy of Houthi whims alone, not Iranian preferences. And those Houthi objectives thus far have been ambitious and unreasonable. If anybody is blocking political progress, it’s the Houthis, not the Saudis. The Saudis are more eager than anybody for a cease-fire and ideally an end to this war.

Of course, if the Iranians were worried about the ramifications of Houthi strategic violence against the Saudis and the Emiratis, they would stop their arms shipments to their Yemeni partner. But they haven’t done so because that would be too big a cost to bear. The Iranians value their physical presence in Yemen — on the strategic Bab al-Mandab Strait — and if they have to tolerate the Houthis’ avarice, so be it. The Iranians need the Houthis just as much as the Houthis need the Iranians — and probably even more.

Yet even the Iranians know that there might come a time when the Houthis’ intransigence will drastically backfire and elicit a devastating response from the Saudis, the Emiratis, the Americans, or even all three. If that happens, and the Houthis are rendered militarily irrelevant, the Iranians will lose big because they will have no one else in Yemen with whom to partner.

We don’t know which of these scenarios is more likely. But it’s obvious that the damage caused by the Houthis in Abu Dhabi has far more serious consequences than the loss of three innocent lives and the burning of a fuel depot. The attack raises critical questions about the extent of Iran’s involvement in the Yemen war and the exact nature of its relationship with the Houthis — questions to which we simply don’t have convincing answers.

Bilal Y. Saab is a Senior Fellow and the Director of MEI’s Defense and Security Program. The opinions expressed in this piece are his own.