How will the war in Ukraine affect Gulf oil producers? 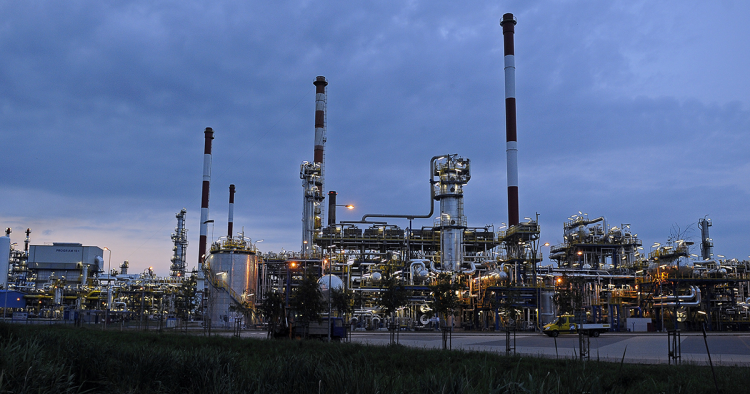 Although Western countries have managed to limit Moscow's capacity to export oil, the Arab Gulf monarchies are unlikely to be able to benefit in the near term. This may change in the long run, however.

The Russian invasion of Ukraine provides certain opportunities for the Gulf oil industry, and these are not as trivial as they may seem at first. Indeed, in late February 2022, the demand for Saudi and Emirati oil increased substantially as they can provide an alternative to Russian supplies in both Europe and Asia. High oil prices, in general, benefit the countries of the Gulf Cooperation Council (GCC) as well, allowing them to refill coffers emptied by the pandemic, although ultra-high prices always create the danger of market overheating and instability.

In addition, Moscow is also trying to redirect its export flows to Asia, the traditional consumer market of the GCC countries. This, in turn, increases the intensity of competition there. Cheap, albeit toxic, Russian crude from the Urals, which is trading at a historically large discount, has already attracted the attention of Indian consumers (with all the reservations on the terms of delivery) and could potentially attract that of Chinese customers as well, thus hypothetically threatening the Saudi share of the Chinese market.

The specter of sanctions

It is not yet clear how much Russian oil has actually come under sanctions. Estimates vary and range up to 70% (including petroleum products). At the same time, the effect of sanctions is more about fears of their strengthening, rather than their direct impact, which means that the situation has some potential to normalize in the medium term after the initial hysteria subsides. So far only Canada has imposed an embargo on the purchase of Russian oil, and this was merely symbolic: As of the end of 2021, this country did not directly purchase Russian oil, and in the past the volumes it bought were minimal. The much-anticipated disconnection of Russian banks from SWIFT has also been selective: Even in the case of those Russian banks that fell under it, the financing of energy transactions was excluded from the list of sanctioned operations until at least June 24.

So far, President Joe Biden has managed to create the impression of the inevitability of Russia's punishment for its aggression in Ukraine, forcing Russian oil consumers to worry about finding alternative sources of supply. Russia is already experiencing problems with finding buyers, traders, and transporters for its oil. Sanction fears have also hit Asian markets, which were considered more sanction-resistant. Thus, by March 1, the Indian Oil Corporation refused to buy Russian oil on free on board (FOB) terms, which excludes the participation of oil traders from sales, while Russian companies have little experience working on the terms of cost, insurance, and freight (CIF) and direct trade.

Consequently, Moscow's interests in the oil market were damaged, but Russia was not completely taken out of the game, so as not to create an even greater threat to the world market and give players the opportunity to adapt. Pre-war Russian oil exports were estimated at around 5 million barrels per day (mbpd) along with 2.85 mbpd of oil products. In addition, crude from Kazakhstan is also exported to Europe through the Russian pipeline system (about 0.3 mbpd via the Atyrau-Samara pipeline) and up to 1 mbpd via the Russian port of Novorossiysk. Given the continuing instability of the world oil market, the immediate withdrawal of such a volume would not lead to anything good. As a result, Moscow can still receive some oil income to fund its military endeavors. Some researchers have suggested that there is spare production capacity elsewhere to replace Russia, but it is hard to tap.

Who is ready to help?

The Gulf countries, which theoretically could increase production to compensate for the withdrawal of Russian oil, are in no hurry to do so. There are several reasons for this. First of all, the members of the OPEC+ cartel try not to exploit each other's political and economic problems to expand their own production volumes. OPEC+ members have been experiencing problems with increasing production volumes for at least six months. Only Saudi Arabia and the UAE have relatively significant spare production capacity; however, they have never tried to redistribute production quotas in their favor. In many ways, this behavior is explained by an unwillingness to undermine the internal discipline of OPEC+, which is already far from perfect. Moreover, the cartel also needs to be prepared for some of its members — above all, Iran — to increase their production as a result of changes in political or economic realities that previously hampered their output. Under these circumstances, it is always better to have a certain margin of under-production, rather than overproduction, so as not to destabilize the market.

Second, there are open questions about Saudi Arabia’s real additional production capacity. Formally, the OPEC leader says it has capacity to produce up to 12-12.3 mbpd against 9.91 mbpd in the fourth quarter of 2021, and it plans to raise this to 13 mbpd by 2027. However, in practice, Saudi Arabia has never demonstrated its capabilities. Analysts agree that during the price war of 2020, the kingdom was able to boost its production to 11.64-11.87 mbpd. Even here, there were suspicions that the total was inflated through the alleged inclusion of previously produced oil drawn from reserves, and Saudi Arabia’s actual output did not exceed 10.5 mbpd by much. One thing is known for certain, however: Saudi Arabia would have problems maintaining production of 12 mbpd in the long run. The Saudis were forced to reduce investments in the development of fixed assets during COVID-19, and now the main capital expenditures should be directed to preventing a decline in production. The Saudis are not ready to admit their problems out loud though, given the upcoming planned initial public offering of Saudi Aramco shares.

Moreover, as part of its diversification program, Saudi Arabia was actively investing in the development of its own petrochemical production, export volumes of which have grown in recent years. Increasing the volume of crude oil trade will naturally deprive the petrochemical sector of feedstock.

Moscow is problematic, but it is still an important partner of Saudi Arabia in OPEC+. It was Russia's accession to the organization that allowed it to significantly increase its market influence amid the shale revolution and its negative consequences. In addition, over the past two years, a Russia-U.S.-Saudi Arabia triangle has been formed to define a number of trends in the oil market. As a part of this dynamic, ties with Russia often help the Saudis to balance the influence of the United States, whose authorities periodically demanded that the cartel increase oil supplies in 2021.

Finally, there is a political factor that prevents the Arab Gulf oil producers from squeezing Russia out of the oil market. So far, with the exception of Kuwait, the GCC countries have refrained from criticizing Russia for its aggression in Ukraine. Yet, this is not for the sake of Russia itself, although Moscow has done a lot to strengthen its ties with the Gulf. Instead, it is largely driven by regional disappointment in the United States as a GCC protector and the uncertainty associated with both the transformation of U.S. policies in the greater Middle East and the question of what impact future U.S. congressional elections and later presidential ones will have on American ties with the Gulf. Under these circumstances, the Arab Gulf states want to support good relations with Russia as a part of their efforts to diversify their international ties.

The Saudi road to Europe starts in Poland

However, the picture may turn out to be somewhat different in the long run. The current crisis is significantly changing the behavior of European oil consumers, who are trying to reduce their dependence on Russia at any cost. This will not happen overnight, but the trend is clear and has been accelerated by the war in Ukraine. This provides the Gulf monarchies with the option of gradually — so as to avoid tensions with Moscow — increasing their presence in the European oil market. Since at least 2017 Saudi Arabia has been steadily increasing its presence in the Polish market. The current confrontation between Russia and the West has somewhat overshadowed what could be a turning point in Saudi energy cooperation with Eastern Europe. In early January, Saudi Aramco began the process of acquiring a 30% stake in the Polish refinery in Gdansk, and also agreed with the Polish company Orlen on additional supplies of 200,000-337,000 bpd to Poland, thus significantly displacing Russian oil in the near future. Moreover, Orlen agreed to help the Saudi company gain access to other Central and Eastern European markets as well. Given that Orlen has six refineries in Poland, the Czech Republic, and Lithuania (with a total production volume of 600,000 bpd), this will not be difficult to do.

It is noteworthy that Saudi Arabia entered Poland using its classic approach: by acquiring a share in the final oil consumer and thereby guaranteeing demand for Saudi oil and ensuring its long-term presence in the market. In addition to the deal with Poland, in January 2022, Aramco Trading Company signed an agreement with Klesch Group for the exclusive supply of feedstocks for its Kalundborg Refinery in Denmark. All of this indicates that Saudi Arabia has serious long-term plans regarding Central and Eastern Europe. In this case, the EU's desire to move away from Russian oil, a longer-term trend hastened by the current events in Ukraine, will benefit Riyadh. At the same time, it is necessary to take into account not only Saudi Arabia’s plans to increase production by 2027, but also the fact that the current sanctions will significantly weaken Russia's ability to keep its own oil production from falling in the long term. This, in turn, will make Russia less important for OPEC+ over time. In other words, the gunfire in Ukraine in 2022 will continue to echo for oil producers in Russia and the Gulf for many years to come.