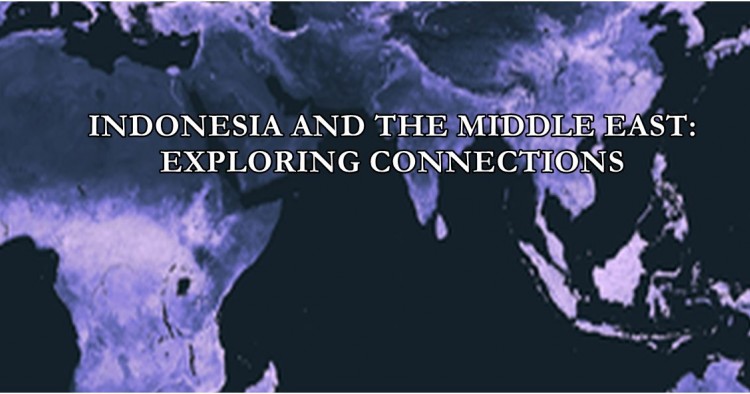 Indonesia — a vast archipelagic island country straddling the Indian and Pacific Oceans — is the world’s fourth most-populous country and the largest Muslim-majority nation.

Over the past two decades, Indonesia has experienced profound changes. With the onset of the 1997 Asian financial crisis, the country had teetered on the brink of disaster. The crisis, which had begun in Thailand in July and spread quickly into Indonesia, triggered an economic meltdown that was accompanied by increasing political tension, the eruption of violence between Christians and Muslims, and the escalation of separatist insurgencies. Amidst this upheaval, President Suharto was forced (in May 1998) to resign after 32 years in power, bringing to an end the authoritarian New Order era.

Since then, under the banner of Reformasi (reform) Indonesia has evolved into a democracy based on tolerance and a moderate interpretation of Islam. Meanwhile, Indonesia, inaugurated as a member of the Group of Twenty (G-20) in 2008, has emerged as one of Asia’s fastest-growing economies and as the largest economy in the Association of Southeast Asian Nations (ASEAN). Against the backdrop of these accomplishments, Indonesia has sought a more prominent role in regional and international affairs.

The expanding horizon of Indonesia’s international aspirations extends westward to the Middle East and North Africa (MENA). In some respects, this is not surprising. After all, Indonesia’s commercial and religio-cultural contacts and connections with the Middle East stretch back centuries. Indian Ocean routes between Southeast Asia and the Middle East formed the backbone of the most extensive maritime trade network in the world during the period 1000 to 1500. Arab merchants played a role in introducing Islam to the coastal peoples of the archipelago, and early Islam in Indonesia reflected the intellectual currents in the Middle East/West Asia.

Over the centuries, Islamic practice (including Sufism) fused with indigenous custom, producing diverse forms of religious expression across the archipelago. Meanwhile, Indonesia and the Middle East have maintained contact and have forged new links through intellectual exchange and travel, migrant labor, and hajj pilgrimage. For years, Gulf funds, particularly from Saudi Arabia, have flowed to religious institutions in Indonesia. More recently, and reflecting the global shift in the geo-economic center of gravity to Asia, Indonesia-Gulf trade has increased. Additionally, in a bid to grab a share of the Middle Eastern consumer market, the Indonesian Trade Ministry has increased promotion events and improved export services. At the same time, Gulf-based firms seeking to diversify their investments geographically have established footholds in Indonesia, as elsewhere in Southeast Asia.

Yet, the progress in, and obstacles to more extensive, mutually beneficial relations between Indonesia and the Middle East have received scant attention. Questions abound: Through which segments of the population or transnational networks and by which means are these relations conducted? In what ways has Indonesia sought to position itself and to what extent is it regarded in the Middle East as a political “model”? How far have cooperative efforts to tackle maritime security challenges and non-traditional threats advanced? In the areas of trade and investment, which sectors have shown the greatest promise? What impact has the turmoil in the Middle East had on Indonesia? How, and how effectively, has Indonesia responded to the rise and weakening of the Islamic State (ISIS)? How has the diplomatic rift between Qatar and the bloc led by Saudi Arabia and the UAE, the intensification of the Saudi-Iranian strategic rivalry, and the Trump Administration’s declaration of Jerusalem as Israel’s capital affected Indonesia’s interests in and approach to the Middle East?

The articles in this series are intended to shed light on these and other questions regarding the nature, scope, and implications of Indonesia's ties with the countries and peoples of the Middle East.

Jan 09, 2018
Democracy, Inclusion and Political Moderation: Lessons from Religious Movements in the Middle East and Indonesia
Alexander R. Arifianto and Ioana Emy Matesan
There is a longstanding argument that inclusion in the political process can moderate Islamist groups. Looking at the evolution of Islamic movements in Egypt and in Indonesia, this essay suggests that patterns of informal inclusion, the nature of regime repression and the role of state ideology can all have significant impacts on the diversity of religious life and mass appeal of reformist voices.

Jan 16, 2018
King Salman’s Historic Visit to Indonesia: Mirror of a Changing Saudi Arabia
Sumanto Al Qurtuby
This article examines the outcome and implications of King Salman’s historic trip to Indonesia in March 2017 — the first such visit by a Saudi monarch since King Faisal bin Abdulaziz Al Saud (1906–1975) met with President Suharto in 1970 in Jakarta. The article first provides a brief overview of the bilateral relationship. Next, it considers the extent to which King Salman’s visit succeeded in strengthening diplomatic ties and boosting economic cooperation. The article then examines the visit through the lens of some of the socio-cultural and religious changes that have been taking place in the Kingdom in recent years, which could help dispel some of the negative images of Saudi Arabia held by many Indonesians.

Jan 23, 2018
Political Protests, Global Islam and National Activism: Deciphering the Motivations behind Indonesia’s “Conservative Turn”
Chris Chaplin
This article shows through the examination of the Majelis Intelektual dan Ulama Muda Indonesia (Council for Young and Intellectual Ulama of Indonesia, MIUMI) that the success of Middle Eastern Islamic doctrines has less to do with undermining an “Indonesian” Islam, than adapting their basic tenets to the democratic environment and building bridges to established Indonesian religious institutions. Accordingly, “Indonesian” and “Middle Eastern” Islam are distinctions that are more malleable than they may first appear.

Jan 30, 2018
Indonesia and Tunisia: Democracy as a Distinctive Link
Giora Eliraz
Not until the early 1950s did ties develop between newly independent Indonesia and Tunisia, then still a French protectorate. Importantly, those ties were based mainly in politics, and not in religion. At the time, the Tunisian national movement, led by Habib Bourguiba, seems to have regarded Indonesia as an inspirational model of anti-colonial struggle. Bourguiba was also attracted to the idea of “non-alignment” advanced by Indonesian President Ahmed Sukarno Indonesia, among others. Today, more than six decades after having achieved independence, Tunisia again stands at a watershed in its political development — transitioning from an authoritarian to a democratic system. These circumstances have given the relationship between Indonesia and Tunisia a fresh tailwind.

Feb 06, 2018
Indonesia and Terrorism: Success, Failure, and an Uncertain Future
Phil Caruso
Over the last decade, many in the international community have asked how, as a country with the largest population of Muslims — 255 million in 2016 — Indonesia has successfully dealt with terrorism relative to other countries in the Muslim world. As the international community struggles to solve the problem of religion-inspired terrorism, experts, academics, and senior government officials alike have identified Indonesia as a country from which the world can learn lessons about how to defeat terrorists and build democracy. However, analysis of counterterrorism in Indonesia since Reformasi in 1998 suggests it may premature to draw conclusions about success and failure. Where lessons can be learned, many lie in the actions of the Indonesian government, the societal factors that have enabled it, and the precarious state of “success” against terrorism.

Feb 27, 2018
Hizbut Tahrir in Indonesia: Riding the Wave of the Islamization Agenda
Ali Abdullah Wibisono
This article examines the genesis and traces the development of Hizbut Tahrir in Indonesia (HTI). It argues that HTI’s longevity and its appeal among Indonesian Muslims has been largely attributable to the organization’s ability to transmit a message that does not directly challenge the state’s ideology of Pancasila, though its agenda remains firmly anchored in a commitment to establish a sharia law-based caliphate.

Jul 09, 2018
Embracing Moderation: Egypt’s al-Azhar and Indonesia’s Pesantren
Faried F. Saenong
Many segments of Indonesian Islam today have been directly influenced by Egyptian interpretations of Islam, which is predominantly colored by al-Azhar institutions. This article explores individual and institutional links between al-Azhar and several local Islamic institutions in Indonesia, notably those in South Sulawesi.

Nov 06, 2018
Who are the “Conservatives”? The Rise of Anti-Pluralist Dissidents in Nahdlatul Ulama (NU)
Yuka Kayane
There is a certain established image of Nahdlatul Ulama (NU), Indonesia’s largest Islamic organization, as representing “moderate” Islam. However, recent events in local and national Indonesian politics have severely undermined this image. In fact, NU conservatives are gaining popularity both through traditional propagation activities (dakwah) and via online media. This article explores the trajectories of NU’s anti-pluralist dissidents.

Feb 26, 2019
Indonesia’s Democratization Underpinned by Major Islamic Groups and Consensus on National Ideology
Dewi Fortuna Anwar
One of the most important reasons for Indonesia’s relative success is undoubtedly the existence of Pancasila, the pluralist State ideology. Equally important is the presence and role of major Islamic social and political groups, including the large Islamic mass organizations and Islamist political parties, that have supported the development of a truly inclusive, pluralistic and participatory democracy in Indonesia based on Pancasila.

February 10, 2022
Revitalized Interactions Between the Gulf and Indonesia
Robert Mason
Indonesia, with a population of around 275 million (representing about 40% of Southeast Asia) and the largest economy in the Association of Southeast Asian Nations (ASEAN), is set to play a more prominent role in the Indo-Pacific region in the coming years. As a non-aligned state with a preference for a multipolar world order, it also fits well into Saudi Arabia and the UAE’s long-term hedging strategies beyond traditional security ties with the United States.