The Iran protests and US policy on Tehran’s nuclear program 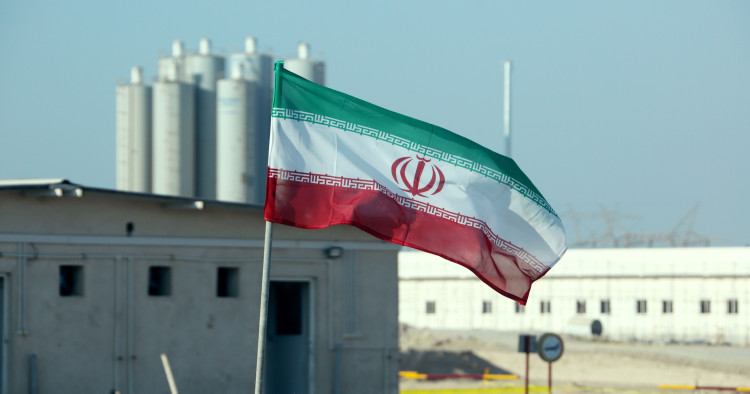 This is not the first time the U.S. and European countries have taken a seemingly tough stand regarding developments in Iran. Indeed, since the start of the most recent round of anti-regime protests in September 2022, many senior Western politicians have taken unprecedented positions against the Iranian regime and its brutal suppression of the protests.

When the Iranian government faces such a reaction by the West, it frequently resorts to specific actions, one of which is hostage-taking. This typically entails arresting Western citizens on so-called security charges. Since last September, Iran's political and security authorities have announced the arrest of a number of Western citizens, including dual nationals. In the past, Western countries, including the U.S., have proved that they are always ready to deal with the Iranian regime over such prisoners.

Nevertheless, perhaps the most important "hostage" Tehran counts on to influence the positions of Western powers is not their imprisoned citizens, but rather Iran's nuclear program.

Return to the pre-protest era?

After the start of the new wave of protests, some Biden administration officials emphasized that Washington no longer considers the nuclear issue its top priority with regards to Iran.

On Nov. 14, U.S. Special Envoy for Iran Robert Malley said that although Washington still hopes to revive the nuclear deal, or Joint Comprehensive Plan of Action (JCPOA), its focus is on "what is happening in Iran … this popular movement and the brutal crackdown of the regime against protesters." On Jan. 2, U.S. Secretary of State Antony Blinken confirmed in a phone call with his Israeli counterpart, Eli Cohen, that Washington’s efforts to revive the Iran nuclear agreement were currently on hold, noting reasons ranging from Tehran’s intractable nuclear stance to the ongoing protests.

However, these statements were made when the nuclear negotiations between Iran and world powers were already on hold and have been since March 2022 due to Tehran’s unexpected demands. Iran has said that discussion over the so-called possible military dimensions (PMD) of its nuclear program must be closed, which is out of the question for Western negotiators.

As a result, Washington's emphasis on the suspension of nuclear talks raises the question of whether or not this will continue even if Tehran shows signs of flexibility in its nuclear stance.

This issue took on even greater importance a few weeks ago, due to optimistic statements made by EU foreign policy chief Josep Borrell and Iranian Foreign Minister Hossein Amirabdollahian after a face-to-face meeting in Jordan. On Dec. 20, Borrell tweeted, “[We] agreed we must keep communication open and restore JCPOA on basis of Vienna negotiations." On the same day, Amirabdollahian also tweeted, “In a constructive meeting, he [Borrell] emphasized determination to bring the negotiations to a conclusion."

These statements were made as some Iranian media suggested that the Islamic Republic’s foreign policy should be reviewed to avoid putting all of its eggs in two baskets, namely Russia and China’s. Comments like these intensified in the aftermath of the controversial visit of Chinese President Xi Jinping to Riyadh in early December to participate in a “Saudi-Chinese summit,” involving China and a host of Arab countries, which many Iranian analysts viewed as a stab in the back.

At the end of this summit, on Dec. 9, China issued a joint statement with Arab states asking Iran to negotiate with the United Arab Emirates over the three disputed islands of Greater Tunb, Lesser Tunb, and Abu Musa. Tehran has always emphasized that its control of these islands is non-negotiable.

In spite of all of this, the significance of speculation in the Iranian media about the need to revise Tehran’s foreign policy should not be overestimated. The outlets backing the idea are mostly ones close to factions that have supported rapprochement with the West for years, since the presidency of Hassan Rouhani. At present, however, such media do not reflect or have no influence over the foreign policy of the Islamic Republic.

Similarly, years of nuclear negotiations have proved that too much stock should not be put in statements like Amirabdollahian's optimistic tweet on Dec. 22 about the prospects for talks. The official statements of senior Iranian diplomats in conversation with their Western counterparts are usually more promising than reflections of the actual positions of the Iranian regime and Supreme Leader Ayatollah Ali Khamenei.

That being said, the timing of Amirabdollahian and Borrell’s statements about bilateral talks was of particular importance: They came at a time when the Iranian authorities claimed to be able to overcome the street protests. Iranian officials asserted that the new conditions had altered the priorities of the Islamic Republic’s enemies, who once hoped for regime change, but now needed to reach an agreement with Tehran. On Dec. 27, Iranian President Ebrahim Raisi addressed these "enemies,” saying, "You have experienced this many times, so why did you repeat it? Why after the end of the unrest … [did] you send us a message that you are ready to talk? [You] who said you were looking for an overthrow?"

In reality, the Iranian people’s protests have not ended and the general belief is that the political situation in the country will never return to the pre-protest era. Nevertheless, it is clear that the Iranian authorities believe that they can restore relations between Tehran and the West to that previous state.

The Iranian authorities have managed to scare the international community that Iran’s nuclear program might soon reach the point of no return. The culmination of this approach came on Nov. 22, when Iran started 60% enrichment at the underground Fordow nuclear site near Qom. Tehran said that it took this step in response to a resolution from the International Atomic Energy Agency’s Board of Governors criticizing its nuclear program.

Risk of a useless compromise

The international community’s concerns over Iran’s nuclear program are such that the Western powers would likely do nearly anything to reach an agreement with Tehran. The Islamic Republic is well aware of these concerns and knows how to exploit them to shape the West’s policies.

In the past, Tehran has successfully used this tactic to influence Washington's positions regarding its domestic policies. A famous example of this came during the street protests in 2009, when Iran managed to prevent American officials from supporting the uprising by keeping them hopeful about the prospects for a nuclear deal.

Some officials in Washington might still believe they can finally convince the Islamic Republic to show flexibility over its nuclear program by not taking a strong stance against the repression of Iranian protesters. In reality, the chance of success for this approach may not be zero.

However, those who are looking for a pragmatic deal with the Iranian regime, regardless of its domestic behavior, cannot disregard a quite different possibility: that the U.S government, hoping to gain the cooperation of the Iranian regime, will once again compromise its principles without getting Tehran to make any significant concessions.

Marie Abdi is an Iranian political researcher focusing on the Islamic Republic's domestic and regional strategies.